Kumamoto Station, in Kumamoto city in central Kyushu, is a station on the Kyushu Shinkansen Line.

The Kyushu Shinkansen connects Hakata Station in Fukuoka to Kagoshima-Chuo Station in Kagoshima.

The shinkansen tracks are elevated on the second floor. The local lines are on the first floor. 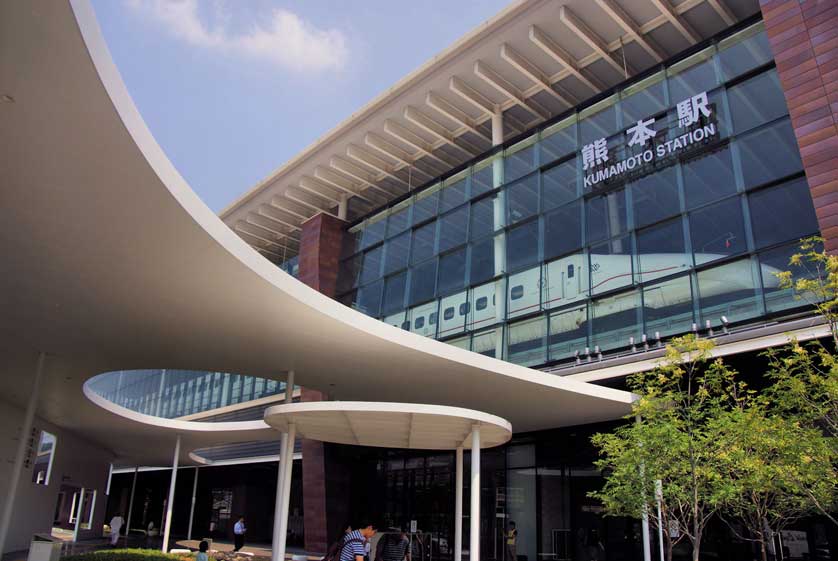 The South exit for the Shinkansen at Kumamoto Station, Yamaguchi Prefecture 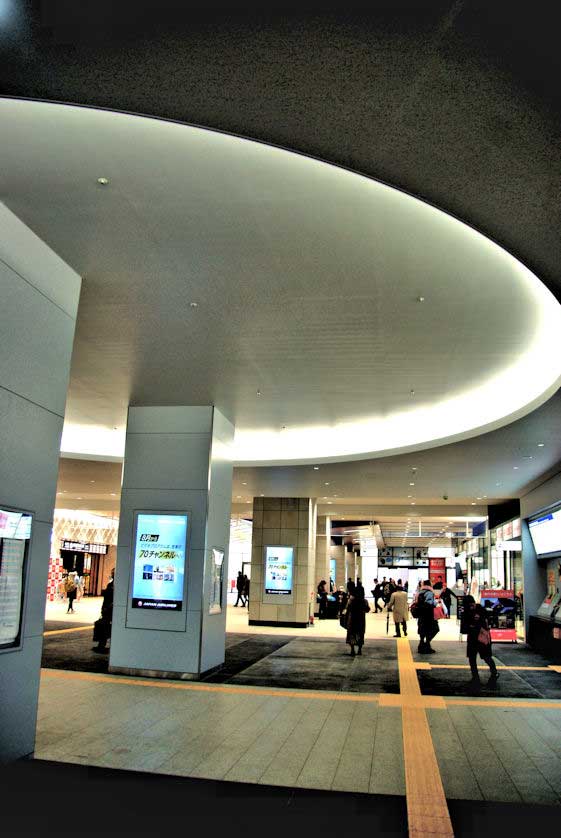 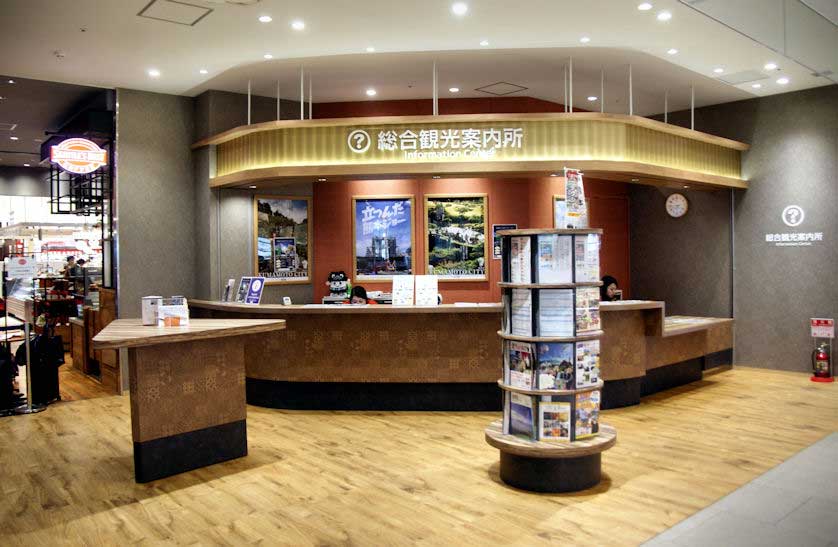 The Hohi Main Line connects Kumamoto city with Oita in Oita Prefecture along the east coast of Kyushu. 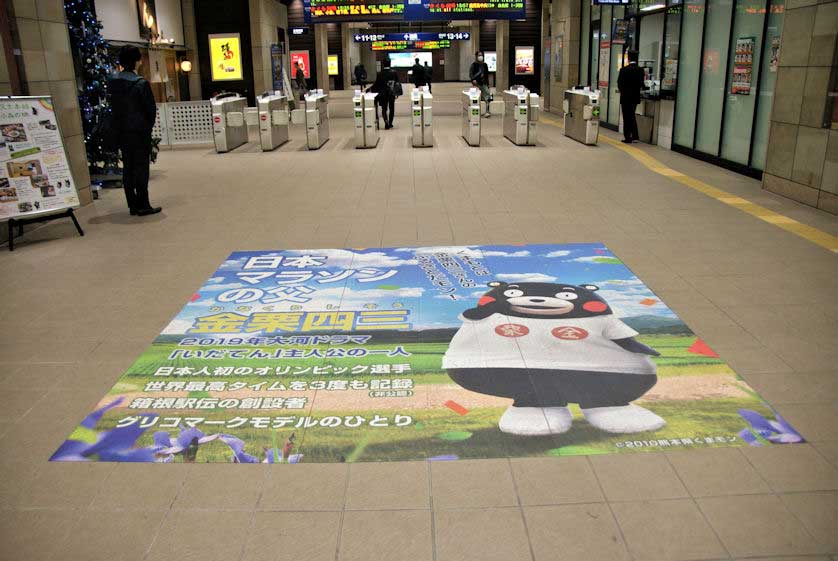 Inside the new Kumamoto Station with Kumamon

The Tourist Information Office is within the station. It can provide information, maps and brochures in several languages (Japanese. English, Chinese, Korean etc) and also help with finding accommodation and booking city tours.

The station has both East & West exits. There are car hire outlets and a number of hotels nearby.

Hotels within walking distance of the station include the Kumamoto Station Hotel, the three star JR Kyushu Hotel Kumamoto and the four star Hotel New Otani Kumamoto. All are good, business style accommodations with excellent facilities.

In Kumamoto as a whole choose from the Toyoko Inn Kumamoto Ekimae, the Hotel Shirogane and Hotel New Otani Kumamoto.

Close to Suizenji Garden are the Extol Inn Kumamoto-Suizenji, the Suizenji Comfort Hotel and the Hotel Anesso Matsuya. 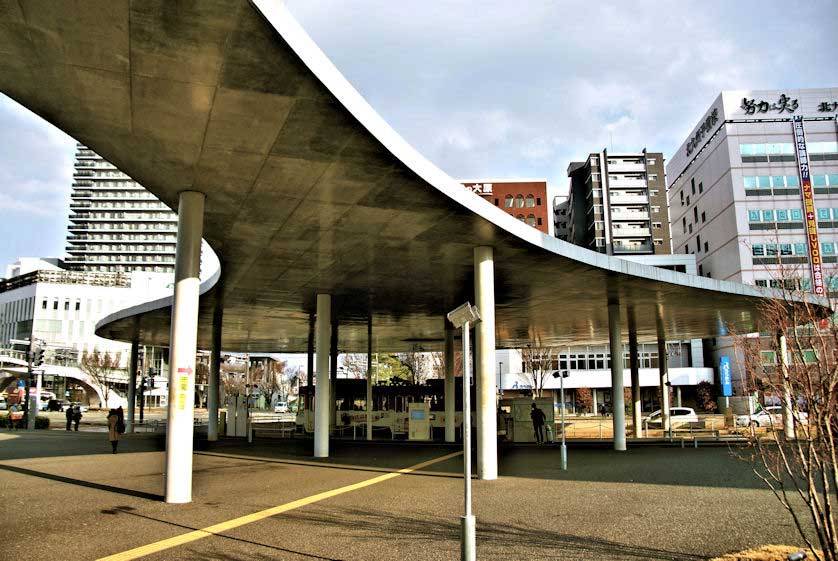 Tram Station at the East Gate of Kumamoto Station 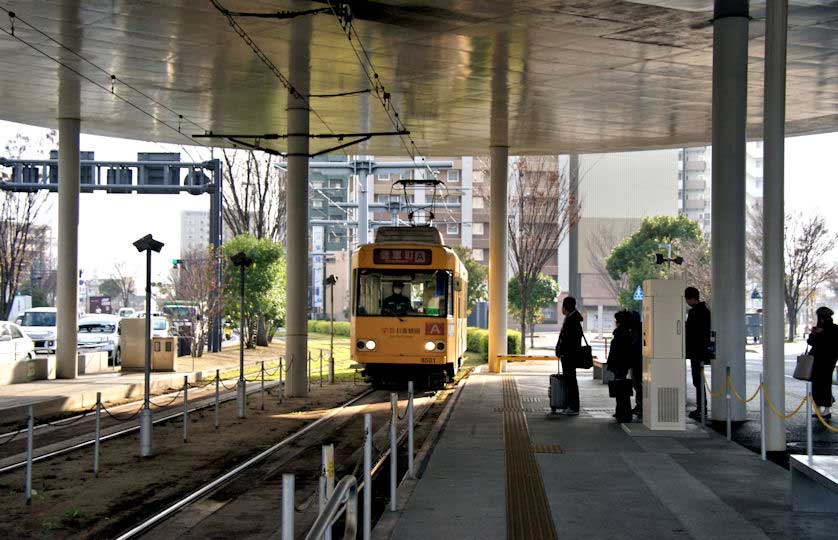 The station has four sets of coin lockers with over 260 lockers altogether. Two are at the west entrance and two at the east entrance to the train platforms. The easiest to find set of lockers is right next to the Tourist Information Office.

There is a Midori no Madoguchi Ticket Office within the station. Here passengers can book JR train and bus tickets up to 30 days in advance.

Inside the station building are several restaurants including a branch of Yoshinoya, as well as ramen and curry eateries. Local Kumamoto souvenirs are on sale in the station, too.

The area around the West Exit is mainly residential whereas the East Exit has many more shops, cafes and restaurants to explore.

Kumamoto Station, in Kumamoto city, Kyushu, is on the Kyushu Shinkansen to Hakata, the Hohi Line and JR Kagoshima Main Line.