Miyazaki Station is the main station for Miyazaki city, the capital of Miyazaki Prefecture at the southern end of Kyushu. It has three lines, the Nippo, the Nichinan, and the very short Miyazaki Kuko Line. 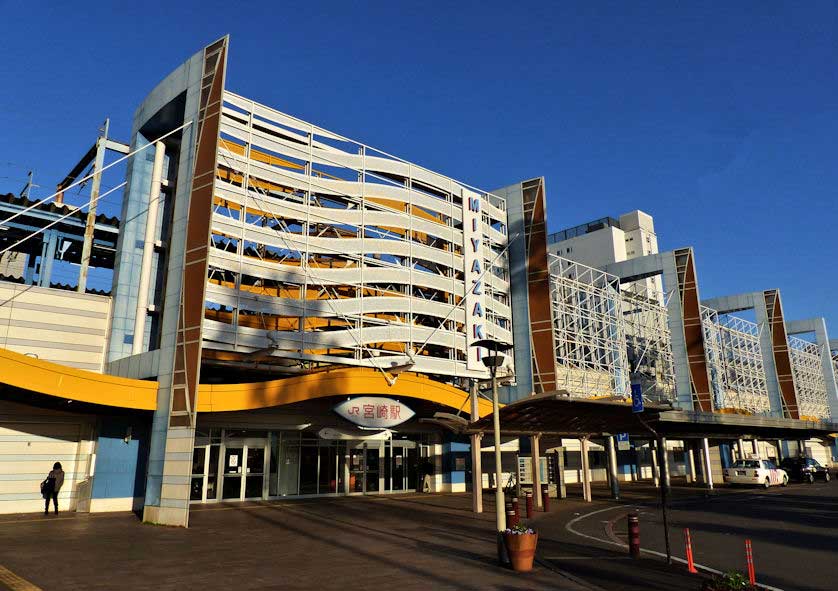 West side of Miyazaki Station in Miyazaki Prefecture 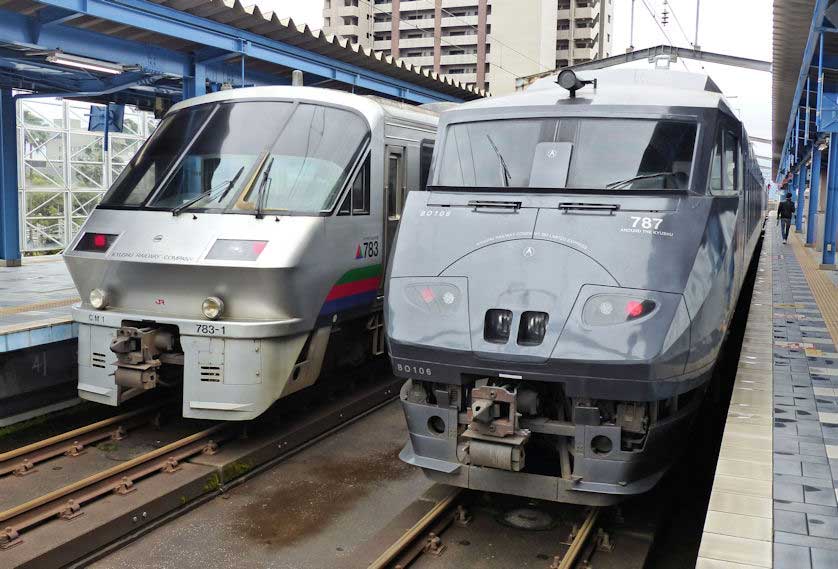 Trains to and from Miyazaki

The Nippo Line heads north passing through Nobeoka, 64 minutes away, before reaching Oita Station in Oita in 3 hours and 20 minutes. It then heads on to Kokura in Kitakyushu before terminating at Hakata Station in Fukuoka. These times are using the Limited Express Nichirin.

In the other direction of the Nippo Line the Kirishima Limited Express heads to Kagoshima Chuo Station in Kagoshima where it connects with the terminus of the Kyushu Shinkansen. Miyakonojo is 50 minutes away, Kirishima Jingu 90 minutes, and Kagoshima Chuo a little over 2 hours.

The Nichinan Line heads down the coast and terminates at Shibushi which is just over 2 and a half hours away.

The Kuko Line is a short branch line to Miyazaki Airport and is only nine minutes. Some of the Limited Express trains go as far as the airport. 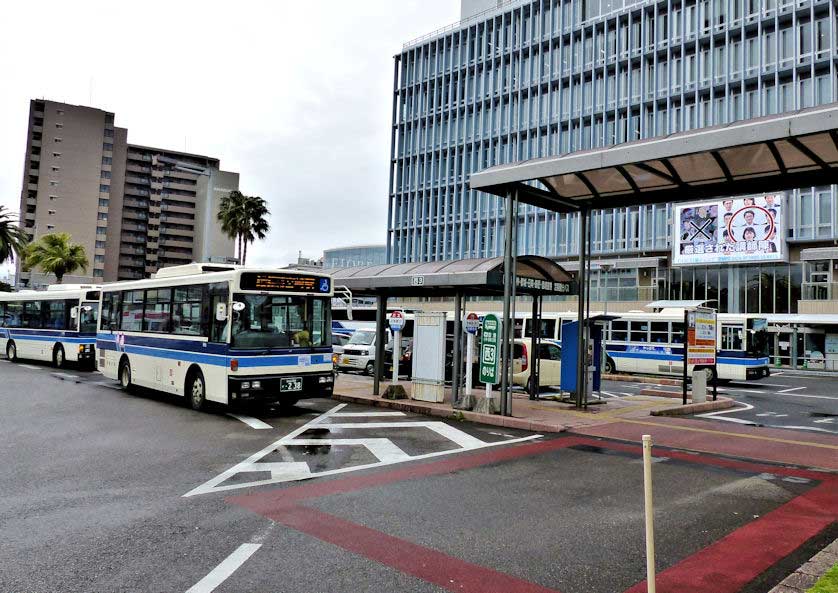 Outside the west entrance is a bus terminal for local buses and also for long distance highway buses.

There are some restaurants and hotels in the immediate vicinity of the station, but more of both are found in the main downtown area just west of the station. (see below for more details).

A Tourist Information Office is within the station concourse. They have staff who speak several languages and can help with accommodation and timetables etc.

You can also purchase a special one day bus pass for foreign visitors that is useful especially if you want to visit Udo Jingu Shrine.

Miyazaki Station (Tel: 0985 23 3454) is barrier free, has coin lockers, a convenience store and a JR eki car rental office. The Ekimachi Ichi Chome shopping and dining center is part of the station. It also has the JR Kyushu Hotel Miyazaki built in as part of the complex. 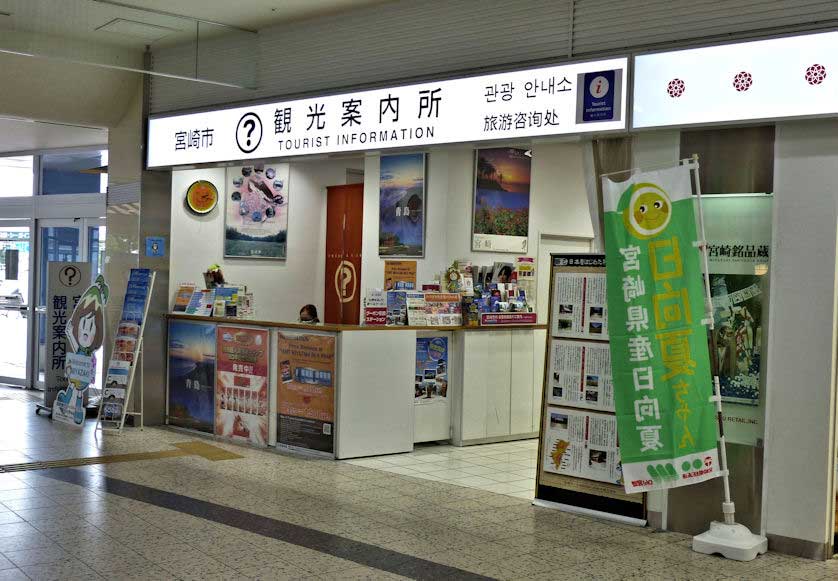 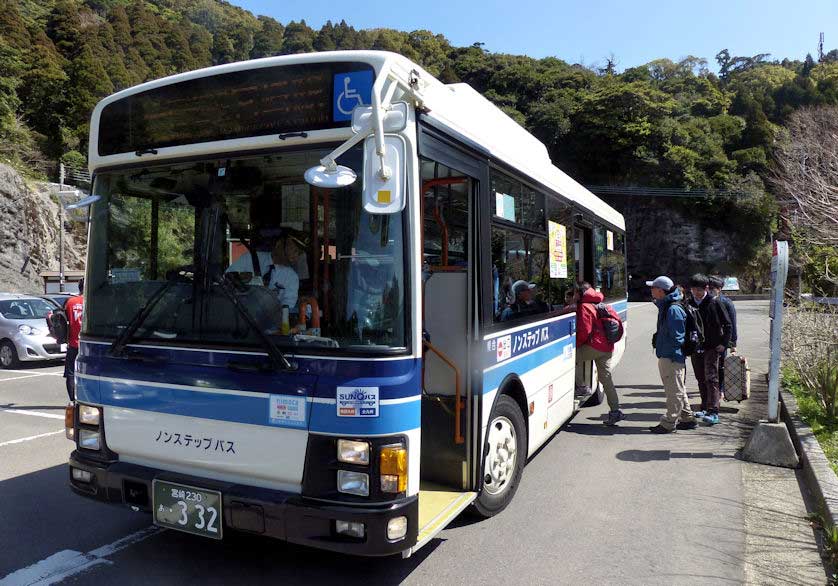 Miyazaki city has a number of good hotels and Japanese style accommodations to suit all budgets, whether you are a business traveler or budget back-packer. Situated around Miyazaki Station are JR Kyushu Hotel Miyazaki, the Toyoko Inn Miyazaki Ekimae, the APA Hotel Miyazakieki - Tachibanadori and the Hotel Grandy Miyazaki. See here for a full listing of available hotels in Miyazaki.

Miyazaki Station is the main station for Miyazaki city, the capital of Miyazaki Prefecture at the southern end of Kyushu. It has three lines, the Nippo, the Nichinan, and the very short Miyazaki Kuko Line to Miyazaki Airport.