Discover the most convenient way to travel Tokyo with your Japan Rail Pass: From Shinagawa to Ebisu through the JR Yamanote Line.

The Yamanote Line is the best-known and most convenient JR line in Tokyo. It makes a rectangular loop around the city, stopping at 29 stations. All stations are announced in English and there are digital signboards in each compartment. Over three and a half million passengers ride the Yamanote Line each day. 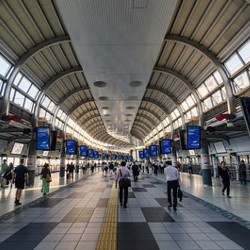 Shinagawa Station is a stop for the Narita Express , the Tokaido, the Keihin-Tohoku, the Yokosuka, and the Sobu main lines. It has also connections with the shinkansen to Kyoto and Shin-Osaka.

This business district has developed rapidly over recent years. It has a very futuristic appearance with its many modern "cities," or cluster of buildings, including Osaki New City, Gate City Osaki, Art Village Osaki, and ThinkPark. 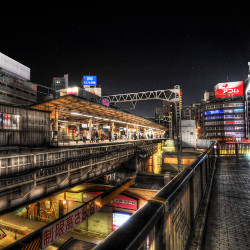 This district is one of the few in Tokyo which has retained much of its traditional character. Near the station, you will find the department stores Tokyu and Tokyo Outlet Center and several restaurants selling Korean barbeque. The Tokyo Design Center is situated just opposite Gotanda Railway Station. The Center is a landmark on the Tokyo skyline. Hara Museum of Contemporary Art is about a 10-minute walk from the station. The museum is Japan's oldest museum devoted to contemporary, international, and Japanese art.

Meguro is a mainly residential are,a popular for its hilly landscape. A five-minute walk from Meguro Station is Daienji Temple. This small temple is steeped in history. It was at the origin of the big fire of Edo that destroyed much of the city in 1772. 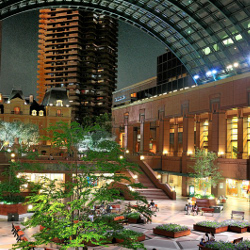 Transfer here to the Hibiya subway line to visit Roppongi, Tokyo's best-known nightlife district, which ahs more bars and nightclubs than any other district outside of Shinjuku. It is anchored by two huge developments: Roppongi Hills and Tokyo Midtown that house everything from stores and restaurants to hotels, cinemas, and art museums.

The yamanote line part 4: from takadanobaba to sugamo

The Yamanote Line Part 5 : from komagome to uguisudani

The yamanote line part 6: from ueno to tokyo station