Discover the most convenient way to travel Tokyo with your Japan Rail Pass: From Takadanobaba to Sugamo through the JR Yamanote Line.

The Yamanote Line is the best-known and most convenient JR line in Tokyo. It makes a rectangular loop around the city, stopping at 29 stations. All stations are announced in English and there are digital signboards in each compartment. Over three and a half million passengers ride the Yamanote Line each day. The Yamanote Line is covered by the Japan Rail Pass. 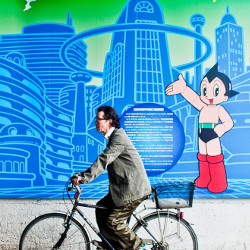 This area, also known as Baba, is a trendy student area, located close to Waseda University, Gakushuin University, and several other vocational and training schools. There are many bookstores, cheap bars, and izakayas (Japanese drinking establishments, which also serve food).

It is also home to the famous Astro Boy, a famous Manga series first published in 1952, created by Osamu Tezuka.

One of the smaller stations of the Yamanote Line, with just one island platform. To the right of the station is the Gakushuin University campus, and on the left is a busy shopping street with a wide variety of shops and restaurants. 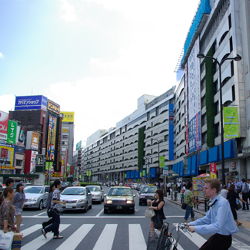 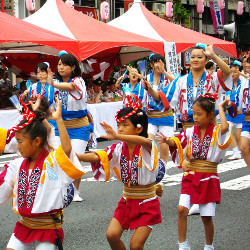 This station is located in the Toshima Ward, one of the most international wards in Tokyo. It is mainly known for its Awa Dance Festival, the second largest Awa Odori dance festival in Tokyo. It is helf every year between the 12th and the 15th of August.

Best known for Jizo-dori, a popular shopping street for the elderly, located just to the north of the station. During the Edo Period, the street was part of the Nakasendo Highway that connected Edo (now Tokyo) to Kyoto. Jizo-dori is best known for its cake shops and Maruji clothing stores, selling bright red underwear very popular with older ladies.

Where to stay near Ikebukuro Station ?
HOTEL METROPOLITAN TOKYO ホテルメトロポリタン
If youare looking for a convenient and comfortable stay here is the placefor you. Just 3 minutes from Ikebukuro Station with JR, Tobu andSeibu Lines as well as the Tokyo metro. Special discount for Japan Rail Pass holders.
1-6-1 Nishi-Ikebukuro, Toshima-ku, Tokyo, 171-8505