How to go from Matsumoto to Nagoya ?

This train line between Matsumoto and Nagoya is covered by the Japan Rail Pass and runs through the Kiso Valley, along the route of the Nakasendo Highway, the old postal route between Edo (Tokyo) and Kyoto.

travel along the nakasendo 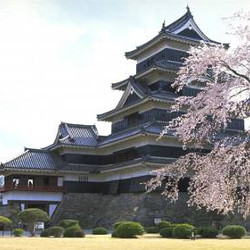 This train line between Matsumoto and Nagoya is covered by the Japan Rail Pass and runs through the Kiso Valley, along the route of the Nakasendo Highway, the old postal route between Edo (Tokyo) and Kyoto. Three towns along the way have some very well preserved features and are well worth a visit: Narai, Tsumago and Magome. Narai is on the train line, though Limited Express trains Wide View Shinano do not stop here, and Tsumago and Magome are best accessed from Nagiso or Nakatsugawa. These old post towns served the weary traveler, who would make the journey from Kyoto to Tokyo by foot.
0 KM - MATSUMOTO76 KM - 0H08 - SHIOJIRI This town is named ‘Salt Bottom’ as it is the end of the salt road from the coast to the south.
3 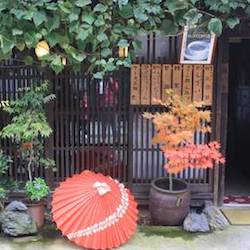 97 KM - 0H30 - NARAI None of the Limited Express trains stop here so you will have to change at either Shiojiri or Kisofukushima to take a local train for about 20 minutes. This is a wooden station, run by a local senior-citizens club who man the station and will look a er your luggage for you, as there are no coin lockers. The main street has many very well preserved buildings including some delicious soba noodle restaurants.
118 km - 0H37- KISOFUKUSHIMA This former checkpoint is still the political and cultural centre of the valley; though there are various museums, little of the old-world character of the town remains.
152 km - 1H02 - NAGISONot all trains stop here, so please check before you board. This is the point to take a bus or a taxi for the less- than 10-minute trip to the old post town of Tsumago. A short walk from the station there is also a wooden suspension bridge, measuring nearly 250 meters in length, which is a very impressive sight. 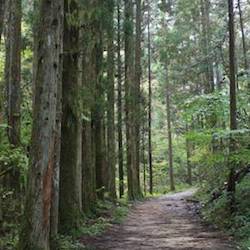 171km - 1H15 - NAKATSUGAWAIf you have braved the three hour walk between Tsumago and Magome you may find it best to get a bus from Magome to Nakatsugawa Station to rejoin the route on to Nagoya.
215KM - 1H44 - TAJIMIIf you would rather not go all the way into Nagoya fora connection to Takayama, you can change here and cross on a local line to Mino-Oita. Be sure to check timetables before doing this.
244KM - 2H03 - CHIKUSAThe last stop before the terminus at Nagoya.
251KM - 2H12 - NAGOYA
discover tsumago

What to see ?
The forty-second of the sixty-nine post towns on the Nakasendo route from Edo (Tokyo) to Kyoto, Tsumago, has been designated a protected area, so the town itself feels like a museum. Staying a night here in one of the old traditional inns will be a great addition to any trip to Japan.

WAKIHONJIN Built by an unemployed castle builder and withsome features reflecting it, this old rest house for courtiers was reconstructed in 1877. There is a beautiful garden and a museumwith exhibits about the area and the old post road.

HONJIN This was the main rest house for the nobility. The building was rebuilt in the late 20th century to reflect how it looked in the 1830s when it was in regular use. You can buy a combined ticket allowing access to both Honjin and Wakihonjin. If you have time, you can take a walk up to the site of the old castle overlooking the town. On your way you will pass the old notice board where decrees from the Shogun were posted.

Where to Stay ?
GUEST HOUSE KOSHINZUKA こうしんづか
Standing in a peaceful area on the Nakasendo trail, by the mountains, is the 100 year old family inn. Enjoy a friendly night of eating and talking to the other guests/inn owners over the irori. They are famous for their delicious meals using local vegetables and fresh fish from the river.
Access :10 minutes by taxi from JR Nagiso station
1775 Nagiso-machi, Kiso-gun, Nagano, 399-5302
Tel : 02-6457-3029 / whttp://www.kiso.ne.jp/~koosinzuka.nt/ko15eng.html

HANAYA RYOKAN 波奈屋
Found along the Nakasendo trail, stay at a ryokan with 300 years of history. A warm welcoming family runs the inn. The accommodation has 2 wings, the more traditional wing that has preserved its long history and a newly renovated wing with private toilets, promising comfort.
Access : 7 minutes by taxi from JR Nagiso station
Tsumago-juku, Nagiso-machi, Kiso-gun, Nagano, 399-5302
Tel : 02-6457-3106  / hanaya-tsumago.jp

1
learn more about our regional itineraries