How to go from Matsuyama to Okayama ?

With a Japan Rail Pass

The Shiokaze Limited Express runs direct from Matsuyama to Okayama and is covered with the Japan Rail Pass.

Travel from Shikoku to Honshu

Starting from Imabari, Shimanami Kaido
JR Matsuyama Station lies on the west edge of the town.The Shiokaze Limited Express runs direct from here to Okayama and is covered with the Japan Rail Pass.

On this journey, you will maybe catch the express Yosan Line Series 8000 Anpanman Train.

From Imabari a road bridge connects Shikoku with Honshu. You can also join Onomichi with a bike along the Shimanami Kaido. The city is home to a large cotton processing industry and is particularly well-known for its towels. 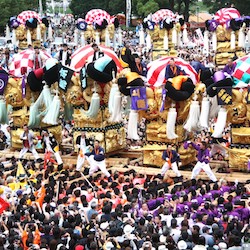 80 km - 1H - IYO SAIJO station
Right outside the station is the Shikoku Railway Culture Museum. You can view past trains including the first generation shinkansen. The inventor is from Shikoku. The Asahi Brewery is also another great place to visit. There are shuttle buses that run from Iyo-Saijo Station to the brewery. The tour is free and you get a drink on the house afterwards. The town has various festivals in October, to thank the gods for the rice harvest. Of these festivals, the most notable is the shrine festival, which is held the second weekend of every October. 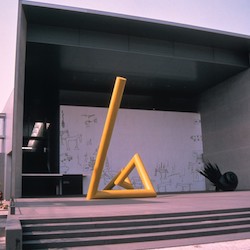 91 km - 1H06 - NiIHAMA station
If you’re lucky enough to be in the city from October 14th to 16th, you should not miss the spectacular annual Taiko (Japanese drum) Festival.
138 KM - 1H40 - KAN-ONJI station
This is the best stop for Kotohiki Park, a nationally designated Place of Scenic Beauty. Kotohiki Park encompasses Zenigata, a huge and mysterious coin shape, carved in the sand.
162 km - 1H55 -  TADOTSU station
This is the junction between the Yosan Line, from Matsuyama to Takamatsu and the Dosan Line to Kochi. Here a rapid uncoupling of the train takes places, allowing the front carriages (4-8) to continue to Okayama, whilst the others head for Takamatsu. 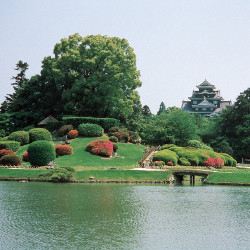 166 km - 2H - MARUGAME station
A city worth a stop-over. You will find the tourist information center just to the right as you leave the south exit (Mon-Fri, 9:30 a.m. to 6 p.m., Sat-Sun, 10 a.m. to 5 p.m). Also, just outside the station is the Marugame Genichiro Inokuma Museum of Contemporary Art (MIMOCA). The permanent exhibition includes work by Genichiro Inokuma, who attended school in Marugame, before settling in New York, then Hawaii. Visit Uchiwa no Minato Museum to see how Marugame’s round paper fans are made. Marugame supplies 90% of the Japanese domestic fan market.
187 km - 2H20 - KOJIMA station
This is the first stop on Honshu after crossing the Seto-Ohashi Bridge.

How to plan your itinerary ?

﻿The inland sea : Honshu to Shikoku by boat﻿

How to go from Takamatsu to Kochi ?

How to go from Kyoto to Okayama ?

How to go from Okayama to Takamatsu?