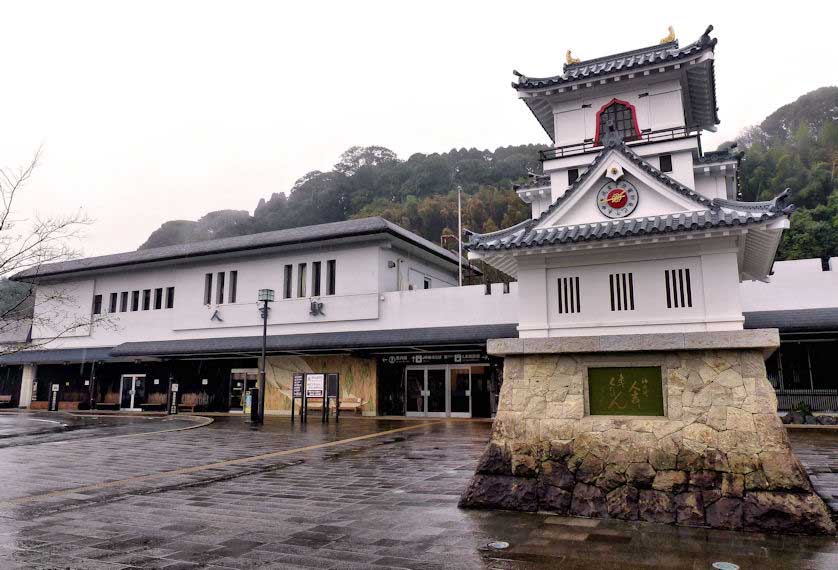 Hitoyoshi Station. The clock in front references Hitoyoshi Castle. It opens up on the hour and 17 mechanical dolls dressed in Edo attire appear to the accompaniment of an old folk song 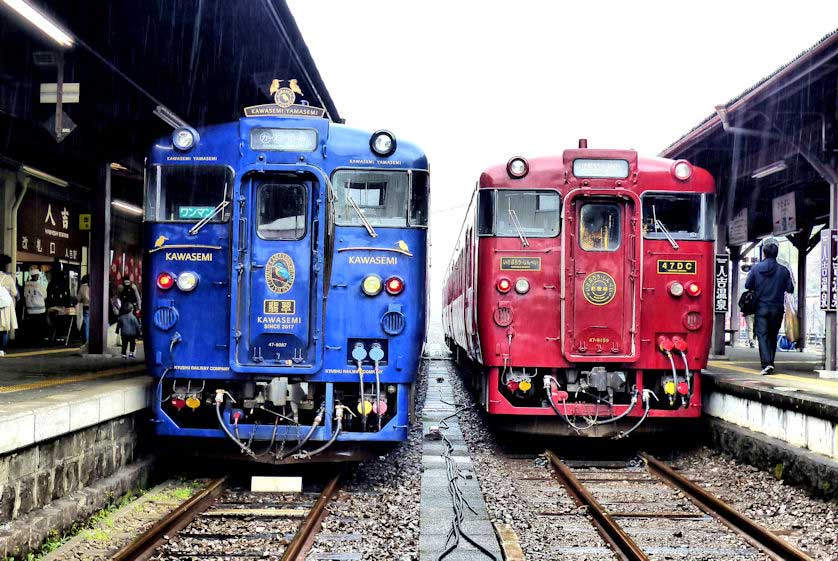 The Kawasemi Yamasemi and the Isaburo Shinpei, two of the scenic tourist trains that terminate at Hitoyoshi Station

Hitoyoshi is a hot spring resort and former castle town in the mountains of southern Kumamoto Prefecture near the border with Kagoshima Prefecture.

Hitoyoshi Station is a terminus of the private Kumagawa Railroad which has just one line, the Yunomae Line which runs less than 30 km along the Kuma River to Yunomae.

Hitoyoshi Station is on the JR Kyushu Hisatsu Line which runs 124 kilometers across the mountains from Yatsushiro to Yoshimatsu.

This was the original rail link between northern Kyushu and Kagoshima until 1927 when the Kagoshima Line was opened running down along the coast from Yatsushiro. 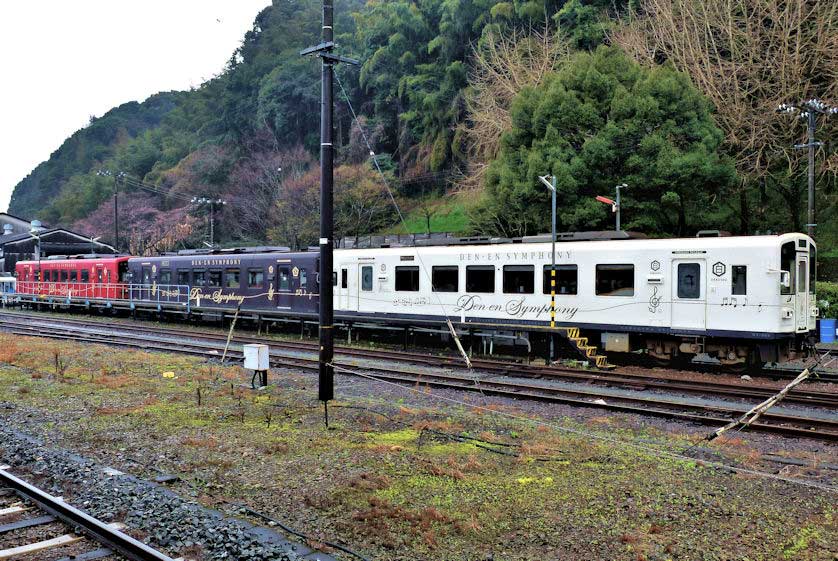 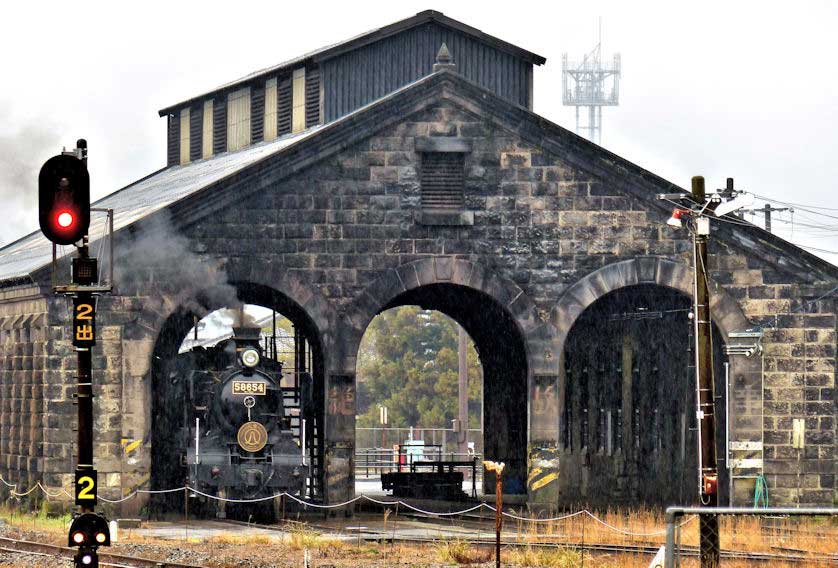 Hitoyoshi, famous for its hot springs, boat trips on the Kuma River, and Aoi Aso Shrine, a National Treasure, is also somewhat of a mecca for train enthusiasts as it is home to no less than four unique, scenic tourist trains. 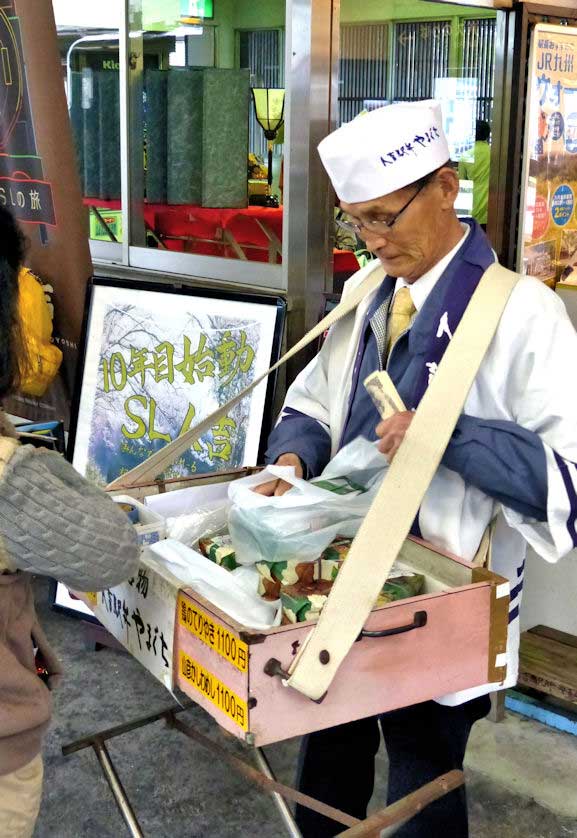 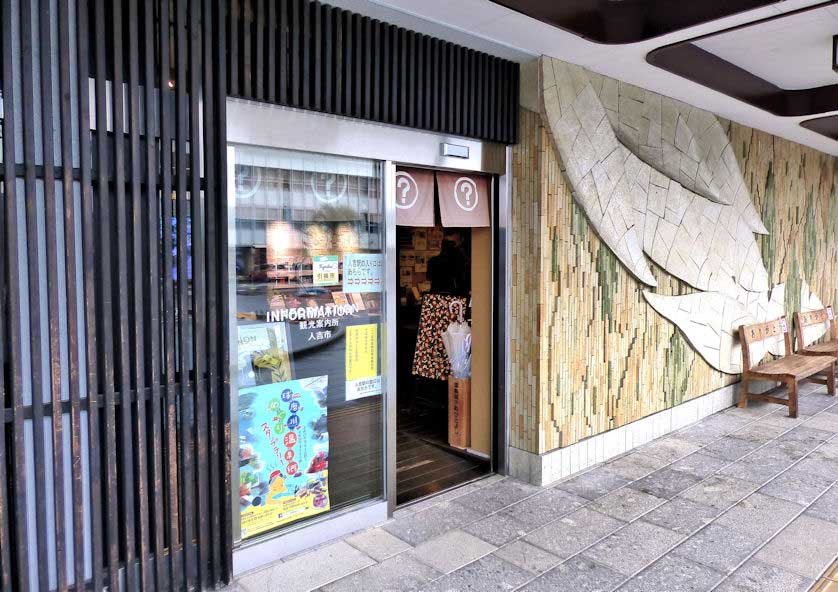 Hitoyoshi gives its name to the Hitoyoshi SL, the only steam train in regular operation in all of Kyushu.

Running between Kumamoto and Hitoyoshi and traveling along the scenic Kuma River, this is a very popular train though it only runs about 130 days a year.

Operating on the same route but running three times a day everyday is the Kawasemi Yamasemi , a two car diesel train with unique, stylish wooden interiors and a variety of seating styles.

Starting from Hitoyoshi and heading over the mountains to Yoshimatsu via a series of switchbacks is the Isaburo Shinpei Train, like the Kawasemi Yamasemi, it's a two carriage diesel train that has extra-large windows that showcase great views of the the Kirishima Mountains in Miyazaki.

The fourth train is on the Kumagawa Railway, and consists of five different carriages with differently themed interiors, three of which make up the train depending on the season.

Hitoyoshi to Shin Yatsuhiro shinkansen station is just over an hour. From Hitoyoshi to Kagoshima it's 2 to 3 hours depending on the train, to Kumamoto 1 ½ to 2 hours, and to Hakata 2 to 2 ½ hours. In the opposite direction, Yoshimatsu is an hour to 80 minutes away, and on this route it's from 2 to 4 hours to Kagoshima and 4 hours to Miyazaki. 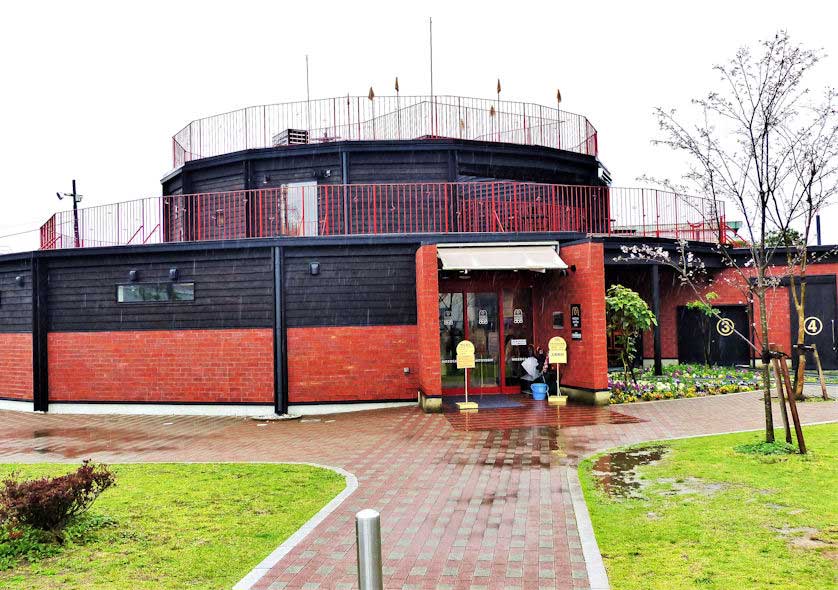 Mozoca Station 868 bills itself as a railway museum but it is aimed at families with younger kids.

There are some materials on railway history but most of the museum features railway-themed play areas for kids.

The roof is an observation area for looking down on the adjacent railway shed and turntable where the steam locomotive is turned.

The highlight of Mozoca is a miniature railway that runs around inside the building before heading outside. 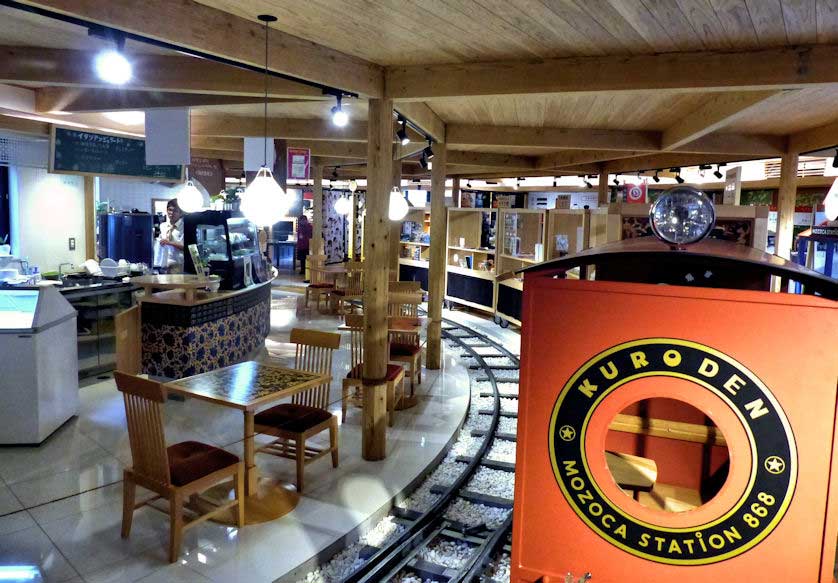 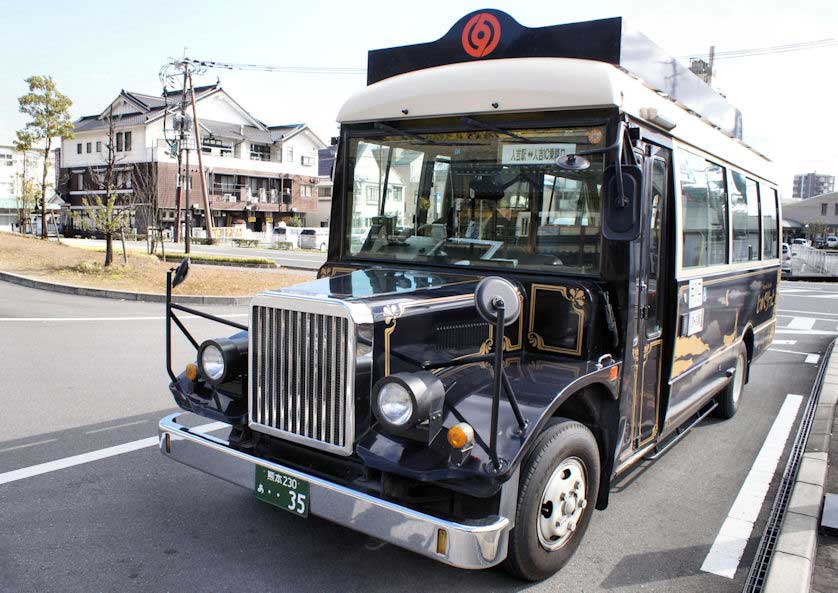 Hitoyoshi Station in Kumamoto is on the Hisatsu Line and is the terminus for several scenic trains: the Kawasemi Yamasemi, Isaburo Shinpei and Hitoyoshi SL.