Getting Around Hagi: find information on trains to Hagi in Yamaguchi Prefecture, its railway stations, long distance buses and the Hagi Loop Bus.

Hagi, the former castle town on the north coast of Yamaguchi, now a World Heritage Site, is not large by city standards. It is mostly flat, centered as it is on an island between two forks of a river, but the many tourist attractions are widely scattered with many on the outskirts of town. 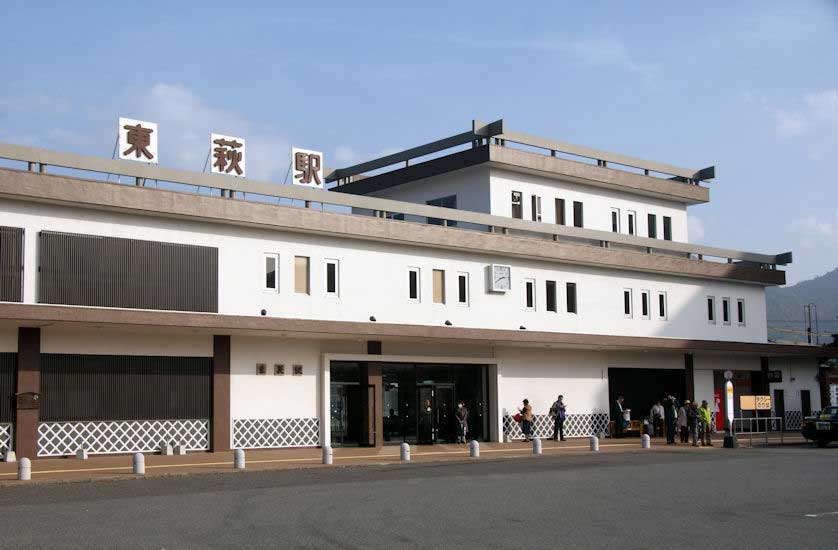 The San-in Main Line railway skirts the perimeter of the city which is one reason why much of the historical areas were able to be preserved from development. Hagi Station lies to the south but only trains coming from the west stop there so the main station is Higashi Hagi Station on the eastern edge of the town. 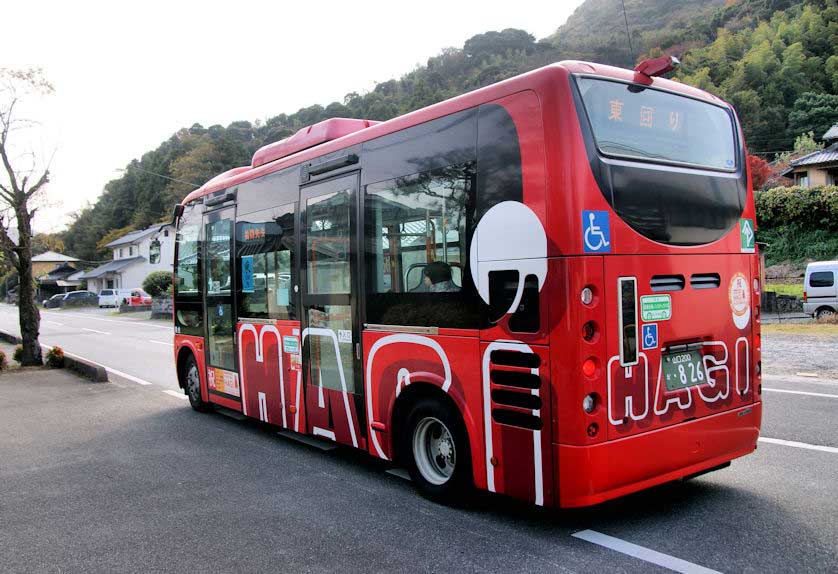 Long distance highway buses and local buses stop in front of Higashi Hagi Station, as well as at a bus station in the center of town. There are two bicycle rental places adjacent.

Inside the station is a small tourist information office. The most convenient way to get around Hagi, for those who don't want to cycle, is the Hagi Loop Bus. 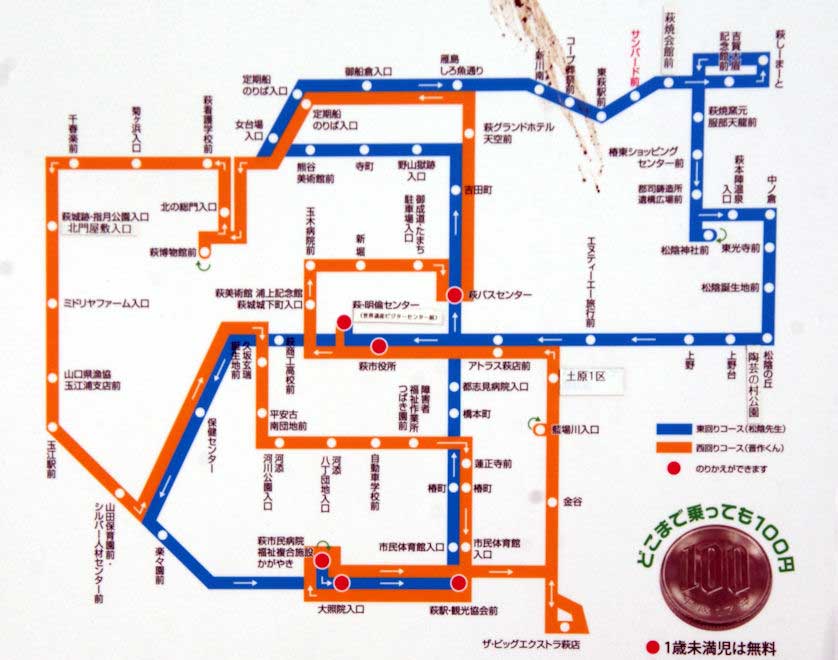 There are two different routes which together provide access to all sites of interest in the town. Both routes cover the central part of town and Higashi Hagi Station, south to Daisho-in Temple, and north to Kikugahama Beach and Hamasaki Port area.

The red route covers points further west including the Hagi Castle area, and the blue route covers points east including the Shoin Shrine / Tokoji Temple district as well as the harbor to the north east that have a couple of small World Heritage sites, the Ebisugahana Shipyard, and the Hagi Reverberatory Furnace. Both routes intersect at multiple points so you can easily transfer. 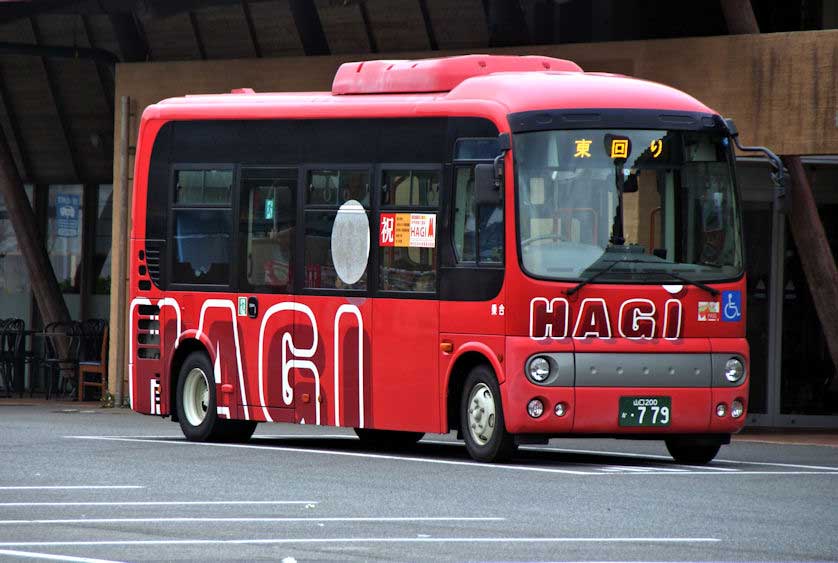 Tickets are just 100 yen per journey, but a one day pass is only 500 yen, and a two day pass just 700 yen. Buses on both routes run every thirty minutes.