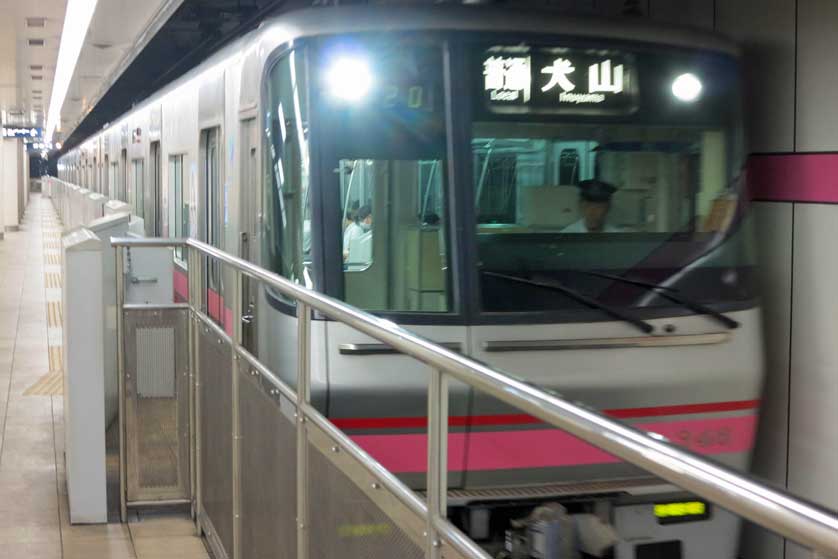 The Kamiiida Line in Nagoya is one of the six main subway lines of the Nagoya subway system.

The Kamiiida Line, which is marked pink on subway maps, must be the shortest subway line in Japan, consisting as it does of only one stop before it becomes the 20 km-long Meitetsu Komaki Line to Kasugai, Komaki and Inuyama.

The Kamiiida Line first opened in 2003. 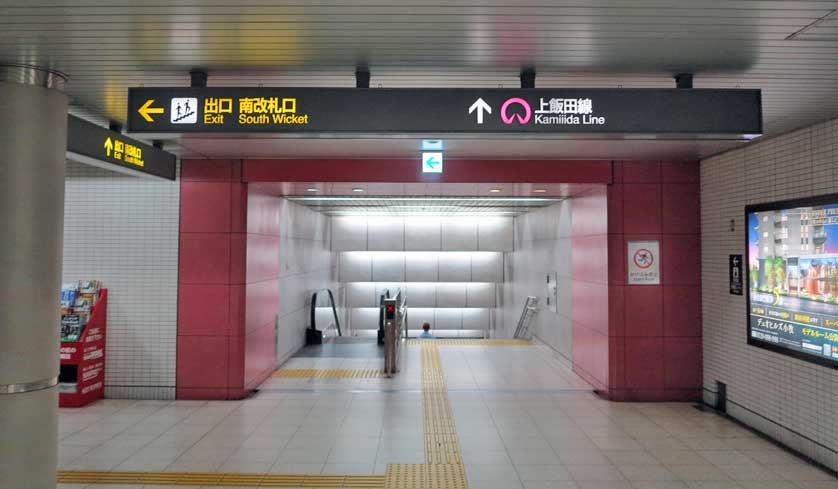 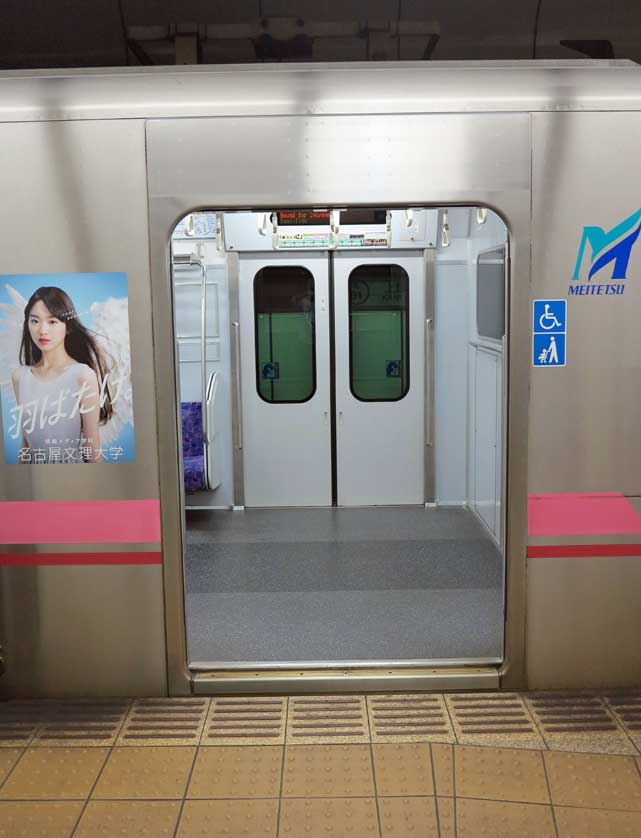 There are two stations on the Kamiiida Line: Heian Dori (K02) at the southern end and Kamiiida (K01) at the northern end. However, from Kamiiida the line continues, but overland and with a different name: the Komaki Line, which goes on northward for another 13 stations, up to Inuyama Station. Following Kamiida Station is Ajima, then, Ajiyoshi, Kasugai, Ushiyama, Manai, Komaki-guchi, Komaki, Komakihara, Ajioka, Tagatajinja-mae, Gakuden, Haguro, Inuyama.

Heian-dori Station connects with the Meijo Line of the Nagoya subway and is one stop west of Ozone Station (oh-zoh-neh) and one stop east of Shiga-hondori.

Ozone Station is on the JR Chuo Line, which links Ozone Station to Tsurumai Station, Nagoya Station, Kanayama Station, Chikusa Station, and then north east to the outlying towns of Kasugai, Tajimi, Toki, Ena and Nakatsugawa.

Kamiiida Station is in Kita-ku in north central Nagoya, just south of the Yada River. Kamiiida used to be the terminus of the Meitetsu Komaki Line (名鉄小牧線) with a tram connecting to Heian-dori. The Kamiiida Line replaced the walk between Kamiiida and Heian-dori following the closure of Nagoya's trams. 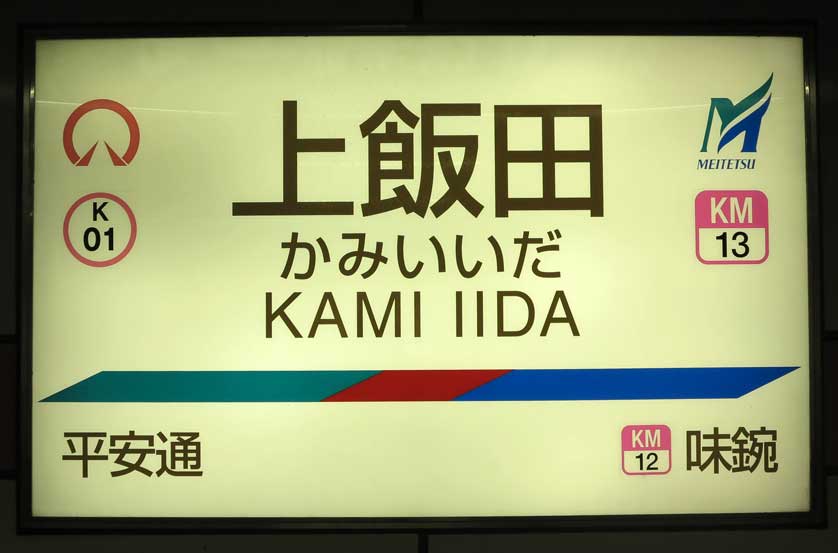 Ajima Station is in a northern suburb of Nagoya just north of the Shonai River.

Kasugai Station serves the industrial city of Kasugai which has a population of over 300,000 people. Kasugai is close to Komaki Airport and is the home town of baseball player Ichiro Suzuki. The Ichiro Exhibition Room is a small museum with a collection of Ichiro memorabilia north west of the station.

JR Kasugai Station is some distance to the south east and is on the Chuo Line. 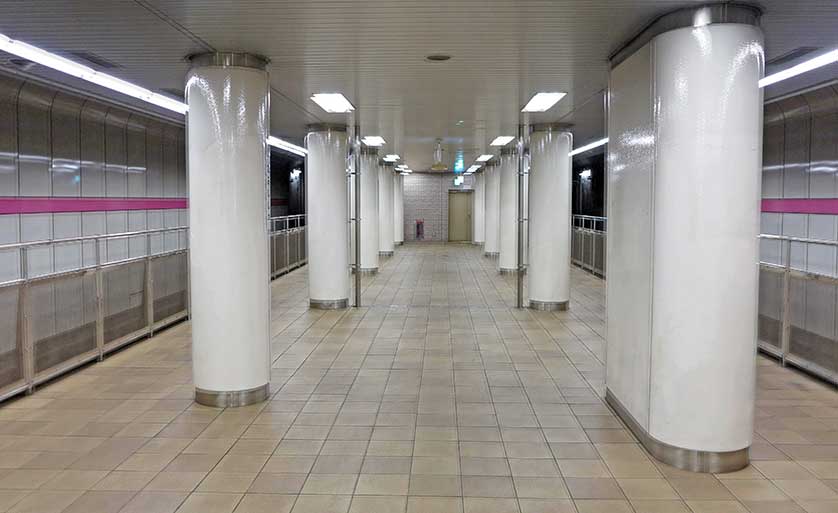 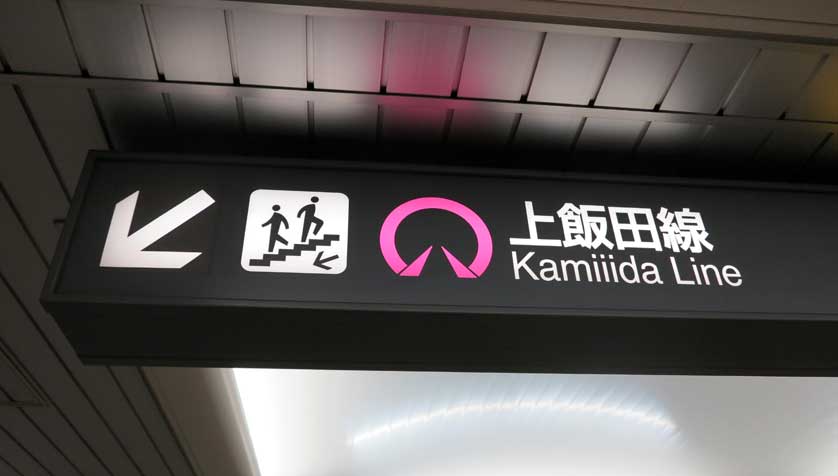 Komakiguchi Station is in the heart of the suburban sprawl of this part of greater Nagoya.

Komaki Station is close to the Komaki City Hotel and a 20-minute walk or short bus journey to Komaki Castle. Komaki-jo is a reconstructed castle which was first built in 1968 and renovated in 2006. Komaki Castle is home to the excellent Komaki City Historical Museum. The excellent Menard Art Museum, the art collection of Nonogawa Daisuke and his wife, Mizuko, the founders of Nippon Menard Cosmetic company, is also a short walk from Komaki Station.

Komakihara Station is located close to the small Tsushima Shrine.

Ajioka Station is surrounded by suburbia near National Highway 179.

Tagatajinja-mae Station is convenient for Tagata Shrine, one of the shrines at the center of the Tagata Jinja Hounen Matsuri, a bizarre, fertility festival held annually on March 15.

Haguro Station is close to the small Ryuenji Temple.

Inuyama Station is the main point of access for Inuyama city to visit Inuyama Castle, Urakuen Garden and take buses on to the excellent Meiji Mura. 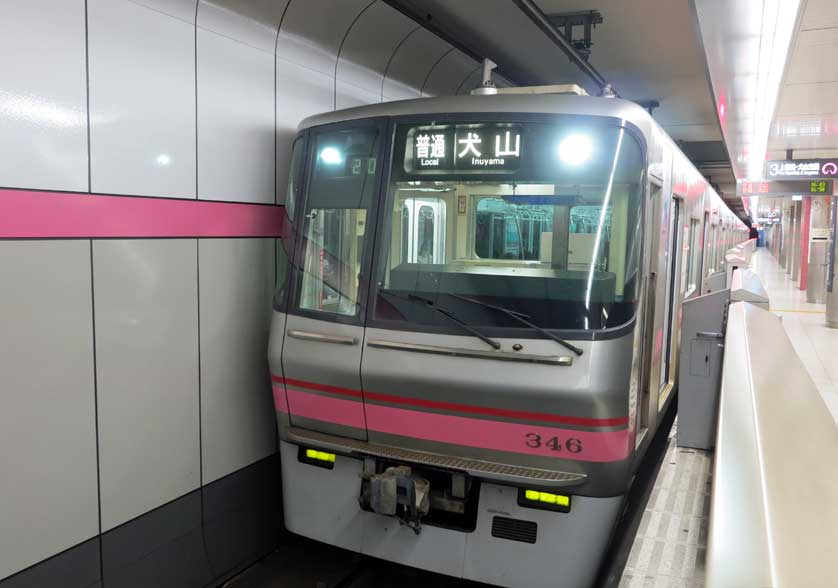 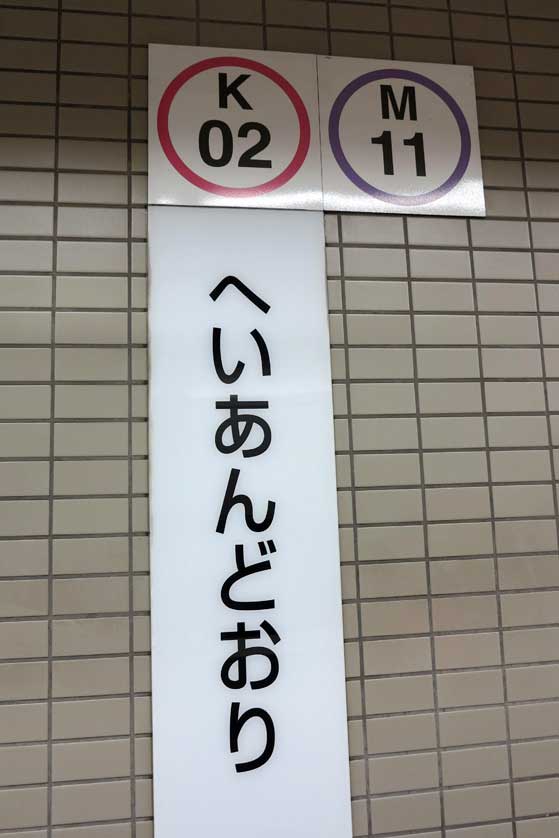 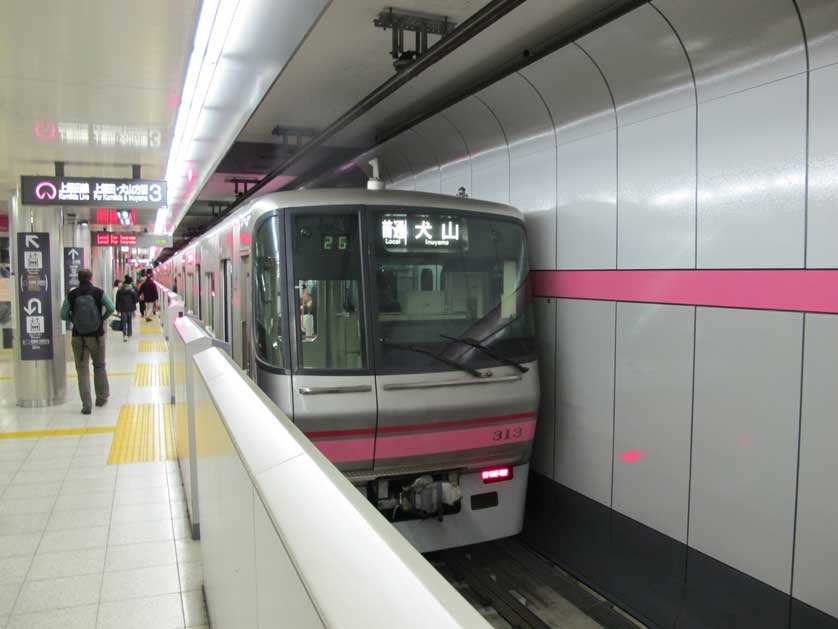