Nagoya Railroad company aka Meitetsu Railways is a major railway network in the Chubu region of central Japan. The Meitetsu Group also operates buses, taxis and hotels in central Japan. 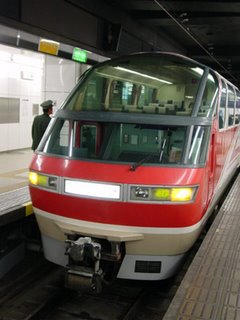 Meitetsu also runs trains to various suburbs of Nagoya including Arimatsu, Chiryu, Tsushima, Hekinan and Toyota city. Meitetsu Railways has about 445km of track. The Meitetsu Group of around 170 associated companies has diversified into department stores, supermarkets (branded as Pare Marche), real estate, bus, ferry and taxi firms as well as travel agencies. The popular Meiji Mura historical park near Inuyama is also run by Meitetsu. Meitetsu most famous trains include the Panorama Car (now retired) and the Panorama Super as well as the new Centrair Express to Chubu International Airport.

The Meitetsu Gamagori Line connects Kira Yoshida Station in Nishio, with Gamagori Station in the seaside onsen resort of Gamagori in Aichi Prefecture.

The Meitetsu Komaki Line connects Kamiiida Station (on the Kamiida Line of Nagoya subway) in Nagoya with Inuyama Station in Inuyama.

The Meitetsu Toyota Line connects Akaike Station on the Tsurumai Line of Nagoya subway with Toyota-shi Station in Toyota. 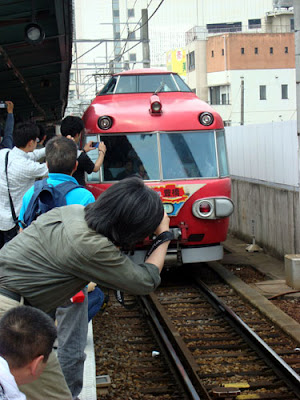