The Nose Railway Myoken Line runs from Kawanishi in Hyogo Prefecture to Nose in Osaka Prefecture. The line begins at Kawanishinoseguchi Station which is on the Hankyu Takurazuka Line from Umeda.

Nose Railway is a small private railway that runs from Kawanishi in Hyogo Prefecture to Nose in Osaka Prefecture. 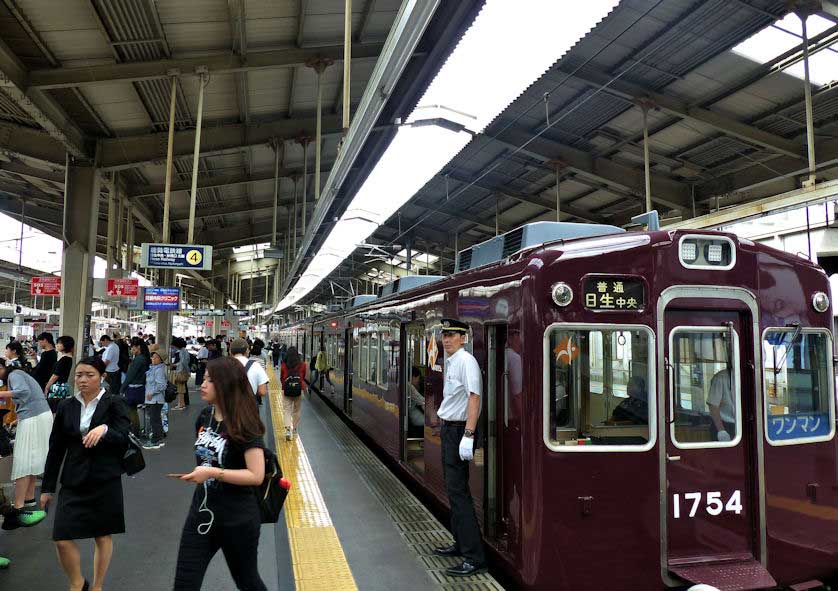 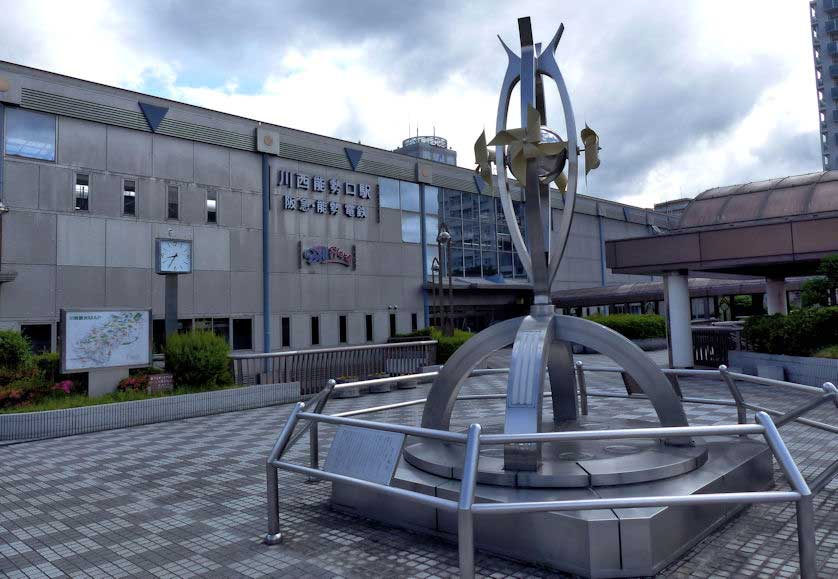 The line begins at Kawanishinoseguchi Station which is on the Hankyu Takurazuka Line. Nose Railway is a subsidiary of Hankyu and all the rolling stock is all ex-Hankyu. 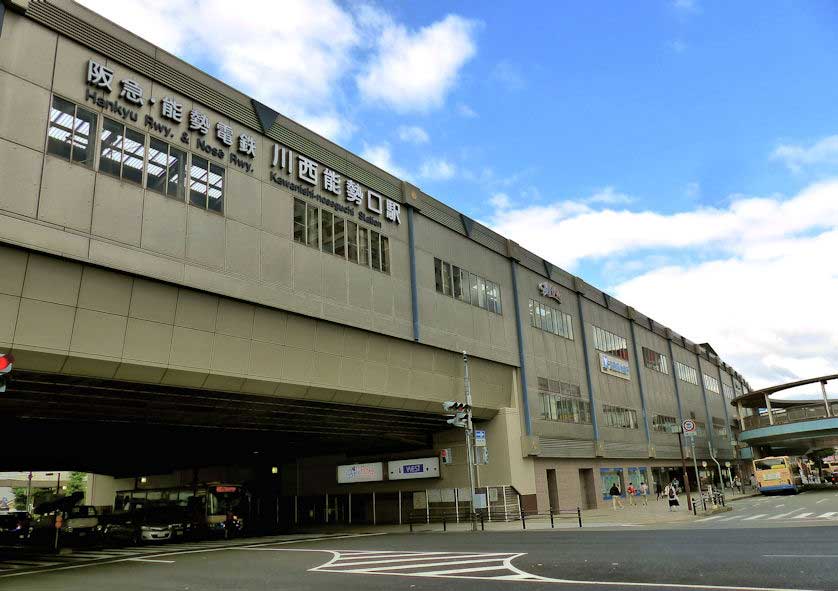 North side of Kawanishinoseguchi Station 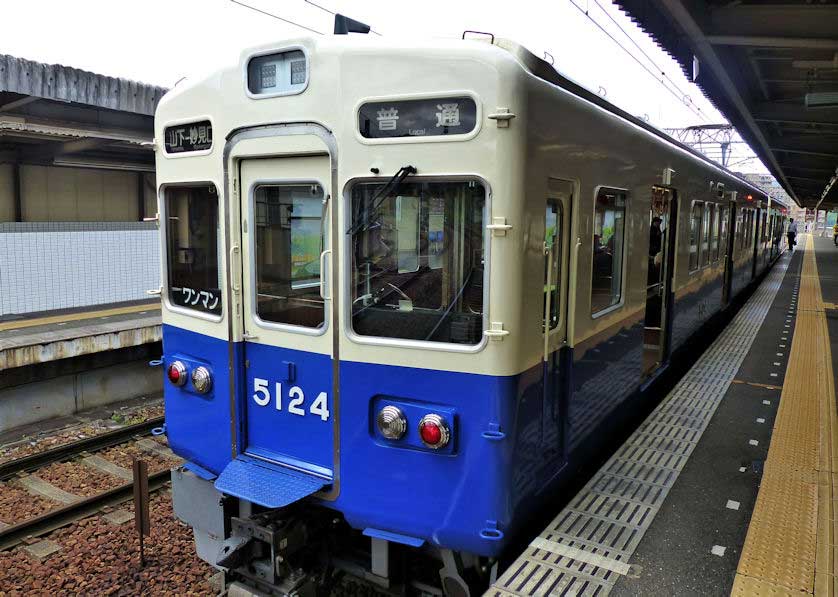 Nose Railway also own the cable car that runs up Mount Myoken. The base station, Kurokawa, is 1.5 kilometers north of Myoken-Guchi Station, 5 minutes by bus.

The cablecar takes just 5 minutes to climb up a 23 degree incline to reach Sanjo Station at an altitude of 450 meters. The cable car was built to take worshippers up to Nose Myokenzan, a Nichiren-sect temple on the mountaintop that worships the Pole Star.

The area around Sanjo Station though has now been developed as a park. There are numerous hiking trails, including to the top of the mountain to see the temple or a small forest of beech trees. There are also woodland walks including one through cherry blossoms that is usually blooming later than down in Osaka city.

For the kids there are playgrounds and a miniature forest railway. The park has a cafe and a footbath, but perhaps its best known feature is its barbecue area. All you need bring is the food as everything else can be rented.

From the park a chair lift runs up the mountain to the temple on top. A little less than 600 meters, it takes almost 15 minutes and is delightful, silently gliding through the forest with the only sound being birds singing . In the spring a carpet of yellow rape flowers glides underneath you and in the summer hydrangeas line the route. 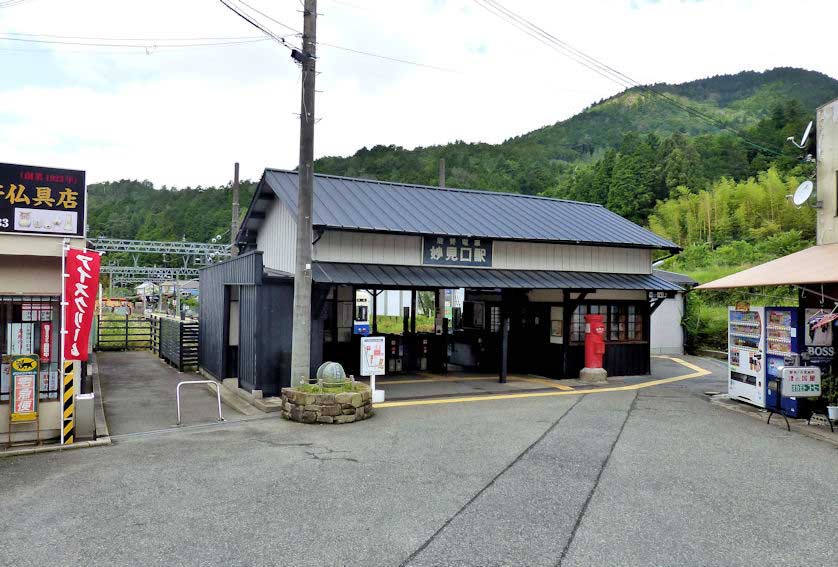 Myoken-Guchi Station, terminus of the Nose Railway Myoken Line. From here a bus runs to the Myoken no Mori Cable Car 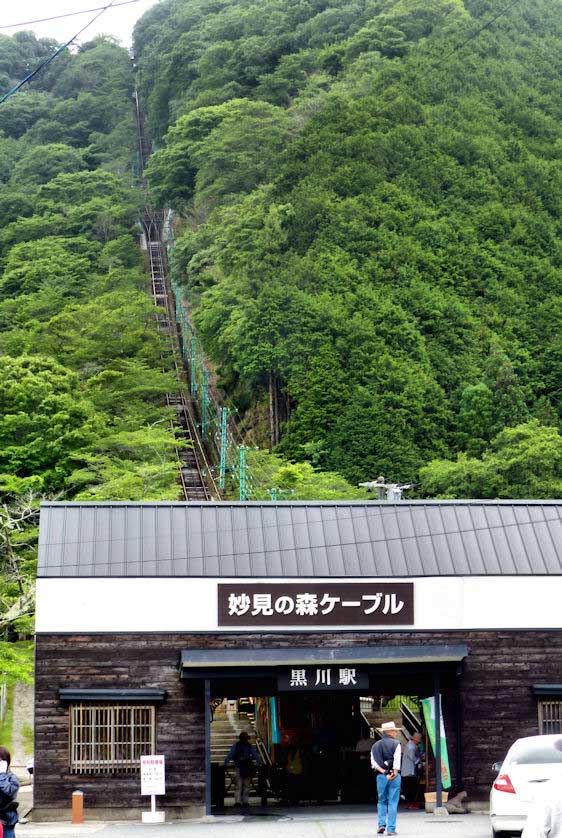 Kurokawa, the lower station on the Myoken no Nori Cable Car 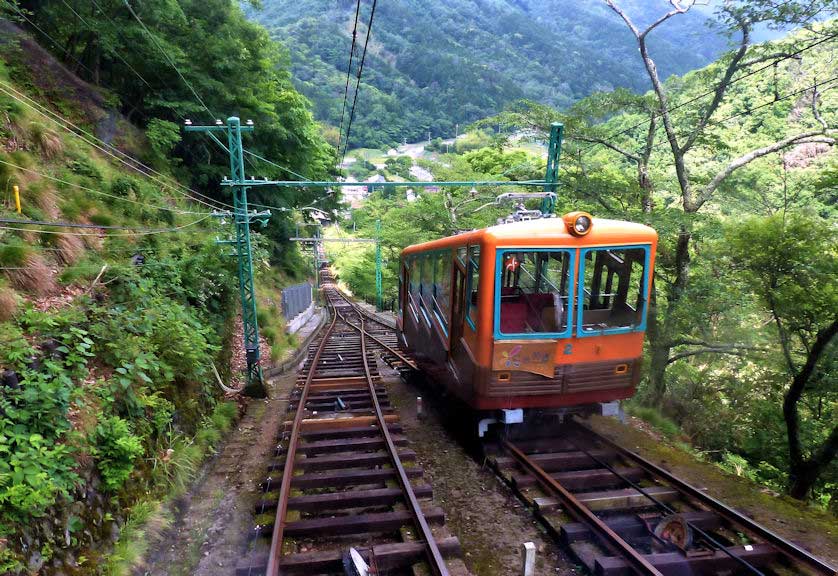 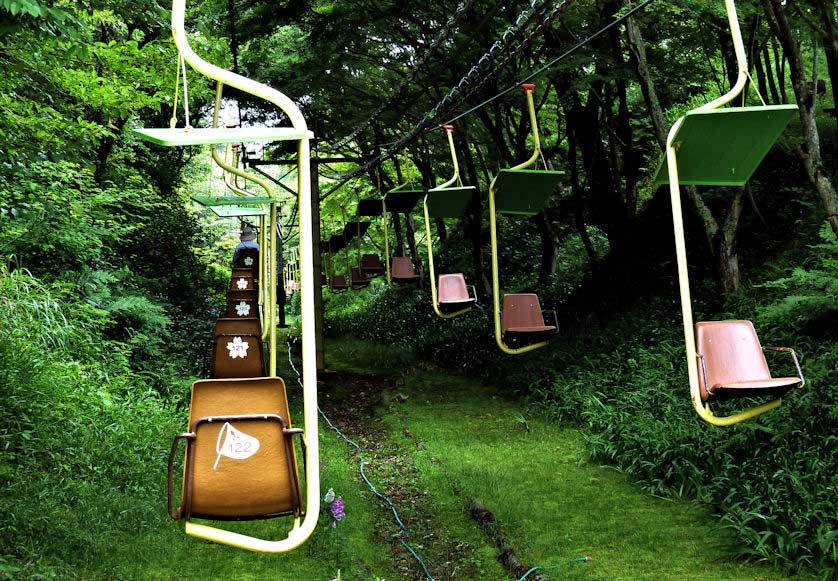 A special return ticket for both the cable car and chair lift is only 1,000 yen for adults, 500 yen for kids.

A special return ticket for both the cable car and chair lift is only 1,000yen for adults, 500 yen for kids.

Both Nose Railway and Hankyu Railway offer special deals on one day passes that are worth enquiring about.