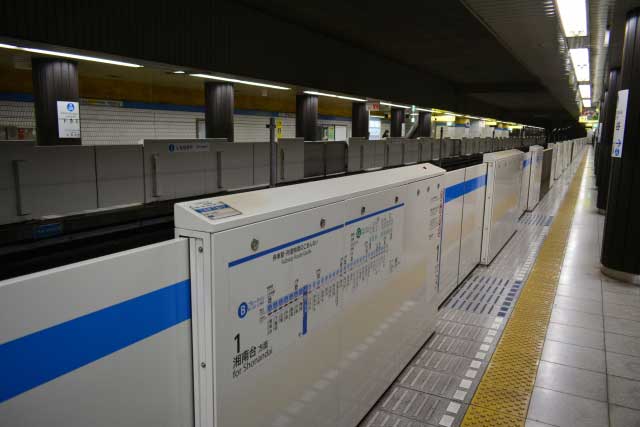 Yokohama is served by two subway systems: the Yokohama Municipal Subway and the Minatomirai 21 Line.

The Yokohama Municipal Subway has three physical lines, though Lines 1 and 3 are operated together as the Blue Line running from Shonandai Station to Azamino Station, while Line 4 is the Green Line, running from Nakayama Station to Hiyoshi Station. There is no Line 2 (being a planned line that did not eventuate.)

The minimum fare is 210 yen (also 210 yen with an IC rechargeable card but progressively cheaper than a paper ticket as the distances get longer). A combined bus and subway one-day pass is available for 830 yen; subway-only or bus-only passes for slightly less. 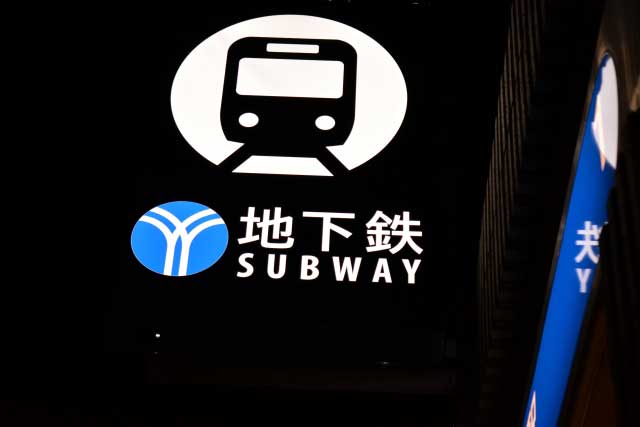 The Yokohama Municipal Subway Blue Line runs 40.4 km making it the second longest subway line in Japan after the Toei Oedo Subway Line in Tokyo. The Blue Line consists of Line 3 running from  Azamino to Kannai, and Line 1 from Kannai to Shonandai.

The Blue Line was built in stages between 1976 and 1999. A complete journey from Azamino to Shonandai takes just over an hour and costs 530 yen.

The Green Line began operation in 2008. A complete journey from Nakayama to Hiyoshi takes about 20 minutes and costs 330 yen. 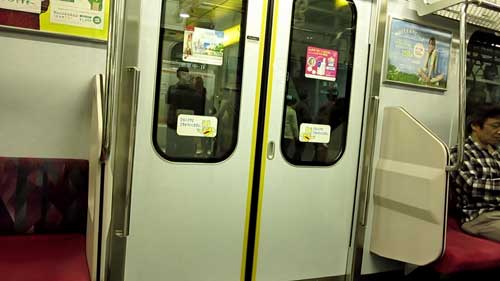 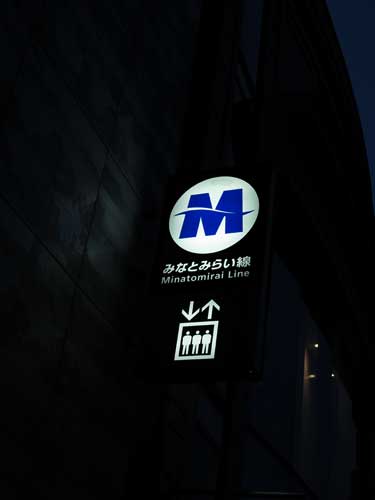 The complete list of stations on the Minatomirai 21 Line is Yokohama, Shin-Takashima, Minatomirai, Bashamichi, Nihon-odori and Motomachi-Chukagai. 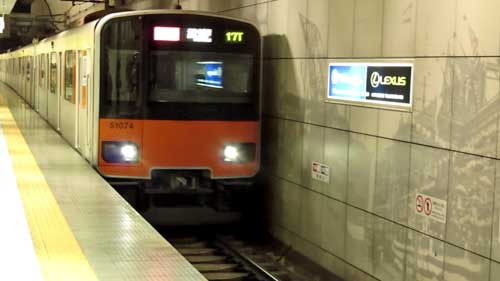 Watch a short YouTube video of the Yokohama Municipal Subway and Minatomirai 21 Line.

Yokohama subway: read a guide to the Yokohama subway system which consists of the Blue Line and the Green Line running from Shonandai to Azamino and Nakayama to Hiyoshi.