The JR Sakai Line is a small, single track branch line in Tottori famous for its yokai monster trains from manga GeGeGe no Kitaro.

The JR Sakai Line is a small, single track branch line in Tottori Prefecture only 18 kilometers long. It starts at Yonago Station on the Sanin Line and ends at the port town of Sakaiminato, with another 14 stations in between including one for Yonago Airport.

The Sakai Line is now one of Japan's growing number of popular character train lines.

Sakaiminato is a virtual mecca for fans of yokai, Japanese monsters, because it is the hometown of Mizuki Shigeru, the author who almost single-handedly revived interest in traditional monsters through his influential manga and anime, most notably GeGeGe no Kitaro.

The Sakai Line has therefore become known as the Kitaro Line and each of the sixteen stations have been given names and signage connected to particular yokai; Sakaiminato being called Kitaro Station and Yonago, Nezumi Otoko Station.

Some of the trains that run on the line have been redecorated on the inside and out to illustrate the most well known of Shigeru's creations. Pictured here is the Medama Oyaji Train for the character who is Kitaro's father. 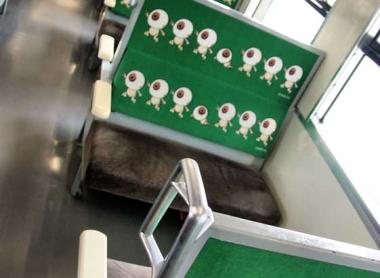 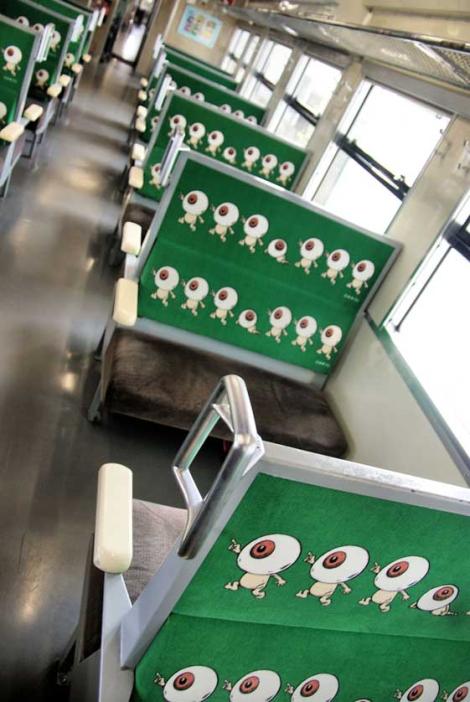 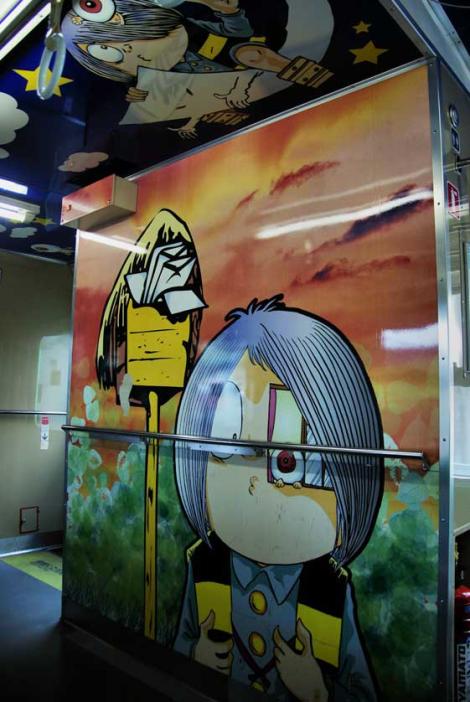 Stations on the Sakai Line, Tottori