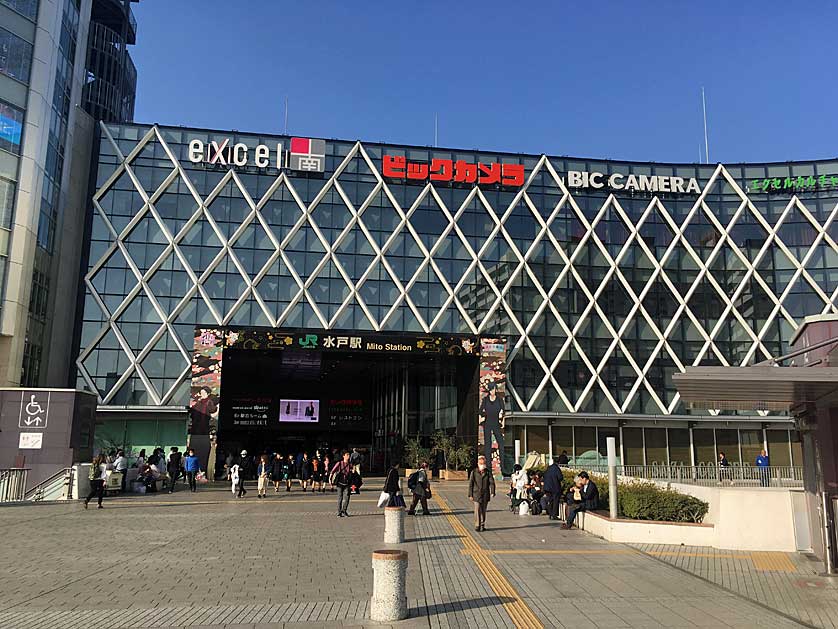 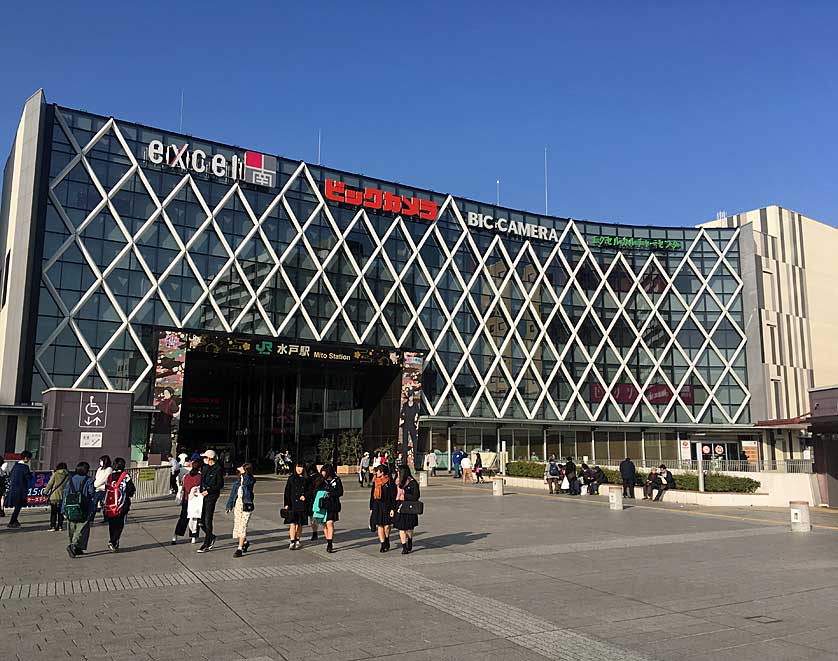 Mito Station is the main point of access for rail services to Mito in Ibaraki Prefecture in the northern Kanto area of Japan.

Mito Station is on the following JR East lines: the Joban Line and Suigun Line.

The Joban Line is a train line operated by Japan Rail East that runs from Tokyo 350 km up the east coast of Honshu to Sendai. From Ueno Station it is 1 hour and 5 minutes to Mito.

Tsuchiura is 30 minutes by express. 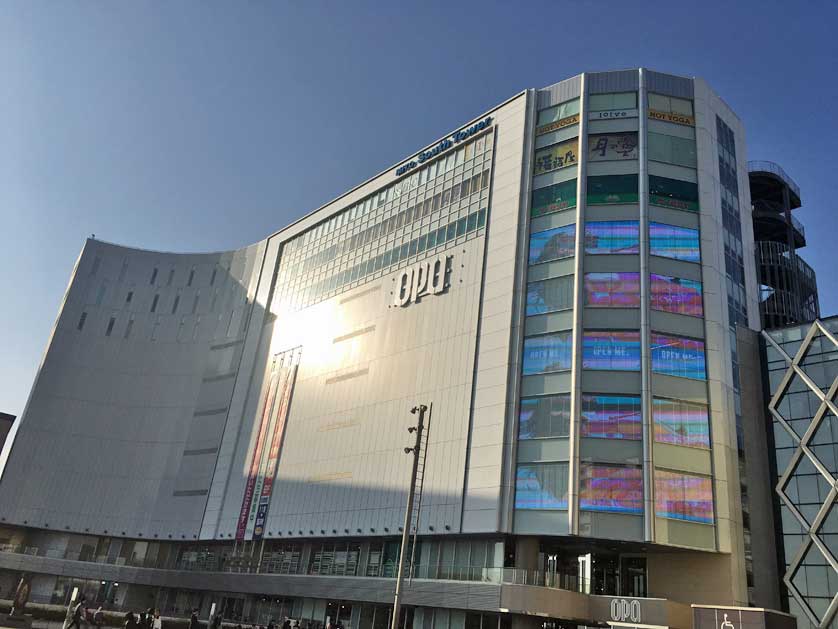 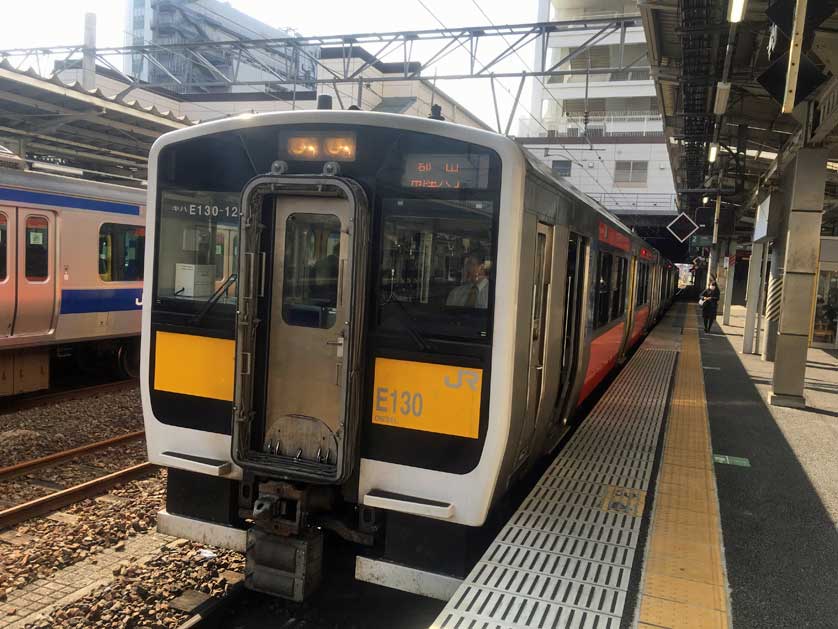 Highway buses run from just outside the station to various destinations in the Kanto region and beyond: including Utsunomiya in Tochigi Prefecture, Tokyo Station, and Ishioka in the Kanto. There are also highway buses to Nagoya, Haneda, Narita and Ibaraki airports as well as Sendai. 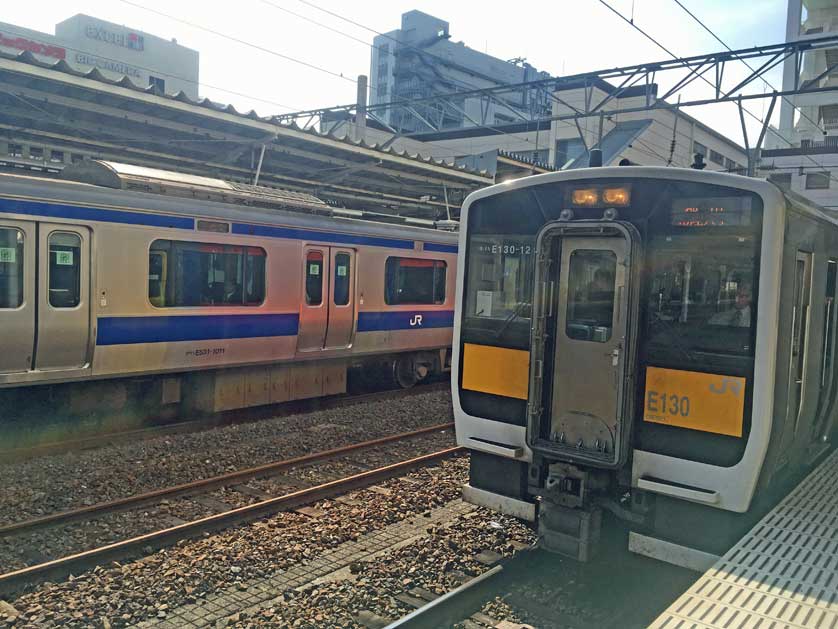 The station includes a Tourist Information Office with leaflets in a variety of languages, convenience stores, local souvenir shops (selling Mito's signature natto among other things) and several banks of coin lockers. The modern station building contains a fairly large mall, Excel Mito, with a branch of Bic Camera, Muji and several cafes and restaurants.

There is both a View Plaza and Midori-no-Madoguchi at the station. The Midori-no-madoguchi ticket office is open from 4.30 am - 11.50 pm.

There is a cluster of hotels around Mito Station. These include the Holiday Inn Mito Hotel, the Plaza Hotel Mito, the Hotel Terrace The Garden Mito, Daiwa Roynet Hotel Mito and the Smile Hotel Mito. 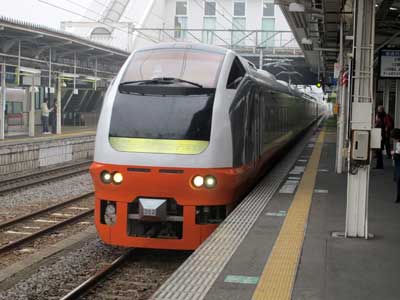 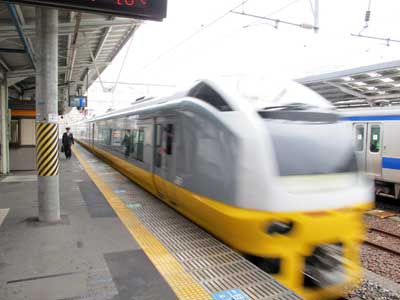 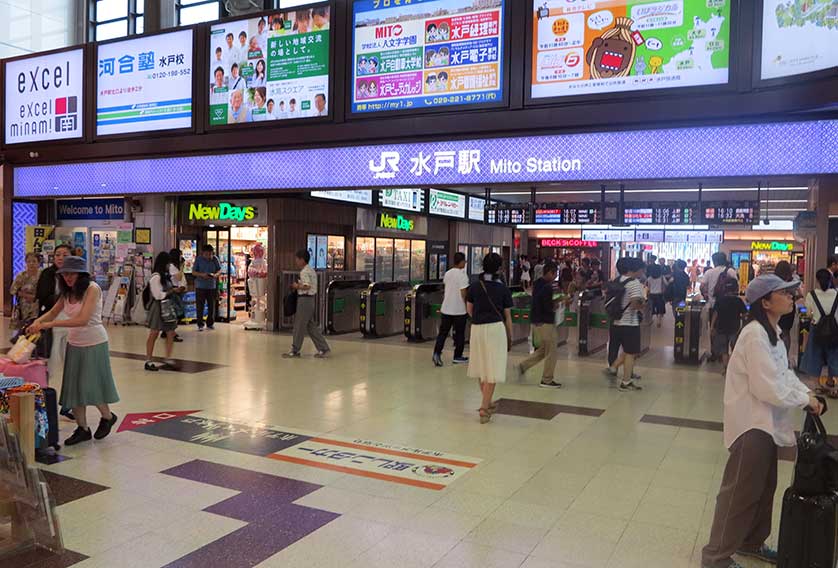 The Osaka Loop Line in one of the many convenient train lines that runs through the metropolitan Osaka area.