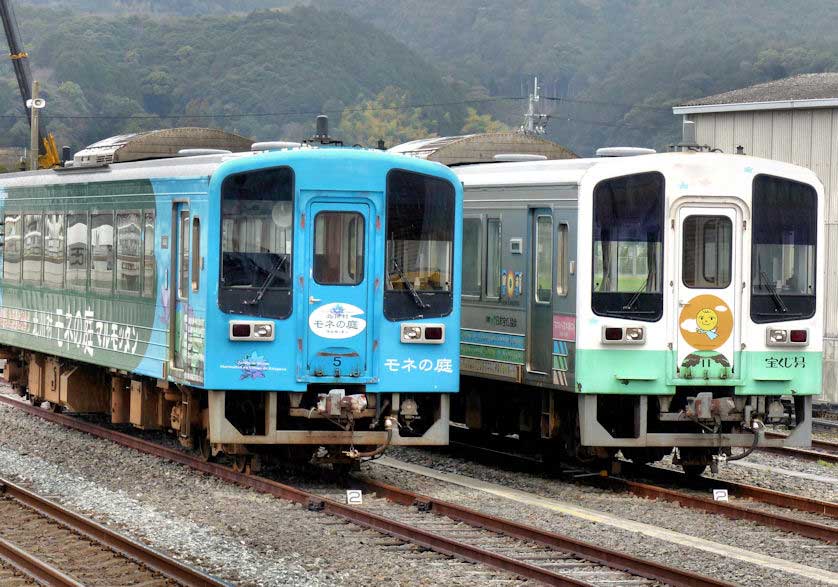 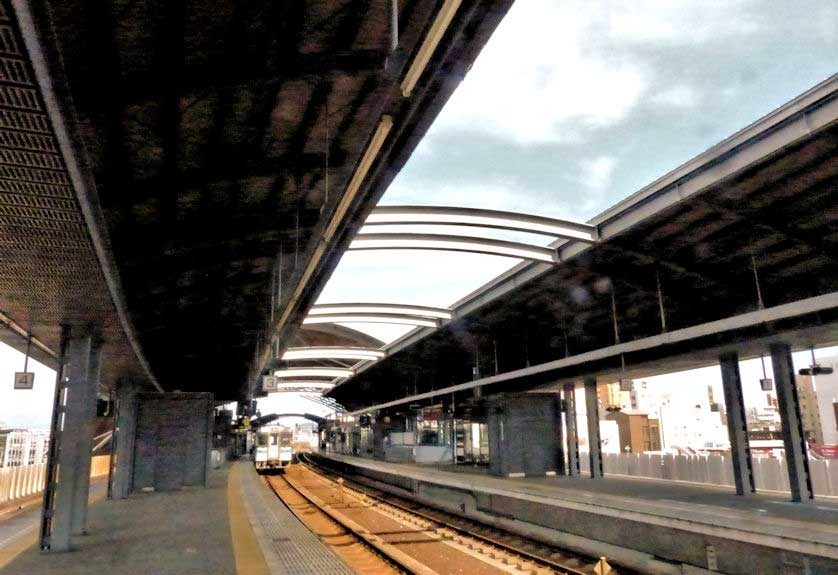 The Tosa Kuroshio Railway Asa Line is more commonly known as the Gomen-Nahari Line after its two terminal stations.

It is a relatively new line only being opened in 2002. The line is just over 42 kilometers in length and is elevated for the whole distance.

The line provides the most convenient access to Cape Muroto and the Muroto Peninsula and all the sites within the UNESCO Cape Muroto Global Geopark. 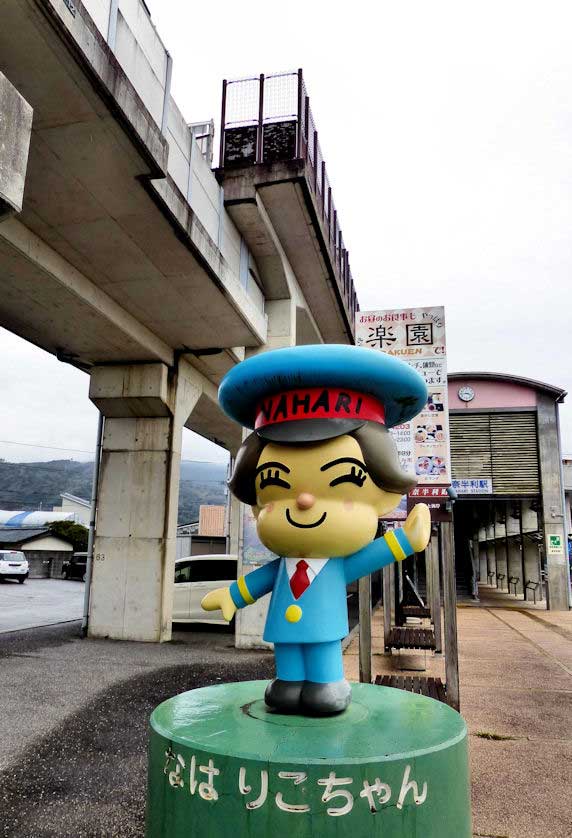 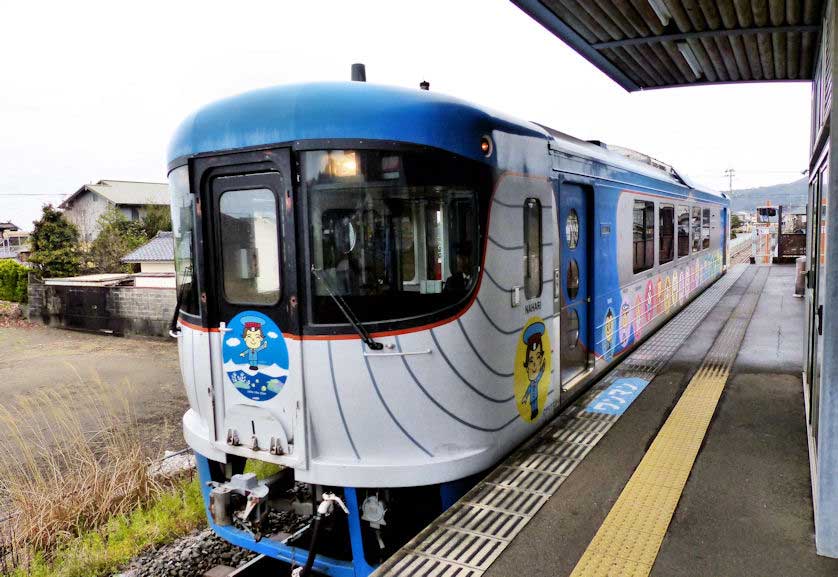 Gomen Station, the start of the line, is shared with the JR Dosan Line.

Nahari Station, the end of the line, is 56 minutes by Rapid train or 80 minutes by local train. From Nahari Station regular buses head south down the coast to Cape Muroto.

The rolling stock is all diesel carriages, but two are quite unusual, featuring an open corridor / viewing platform along the length of the carriage on the seaward side.

These trains can be distinguished by their curved fronts and whale motifs. As much of the route is within sight of the sea great views can be enjoyed in good weather. 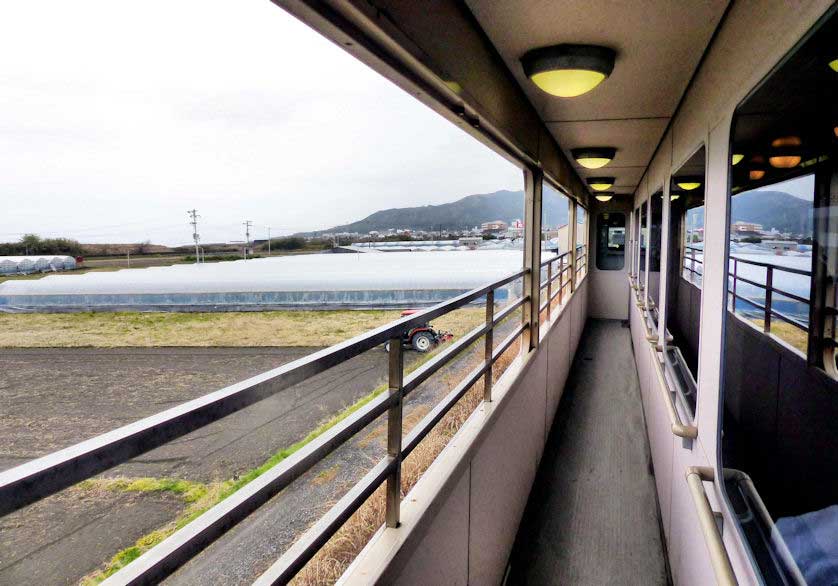 Each of the 20 stations on the line has its own mascot that reflects the characteristics of the area around the station.

These 20 mascot characters decorate the interior and exterior of many of the trains on the line, and each station has a large sculpture of its mascot prominently on display.

The mascots were designed by Kochi-born Takashi Yanase whose most famous creation is the children's character Anpanman.

As well as the numerous sites and attractions of the Muroto Geopark, the line passes other places of interest.

These include a museum to the strange Edo Period artist known as Ekingura near Akaoka Station, the birthplace of Mitsubishi founder Yataro Iwasaki near Aki Station, and the Oka Goten, a luxurious lodging for the Edo Period daimyo near Nahari Station.

The line gives access to Konomineji Temple and Dainichiji Temple, temples 27 and 28 of the Shikoku Pilgrimage. 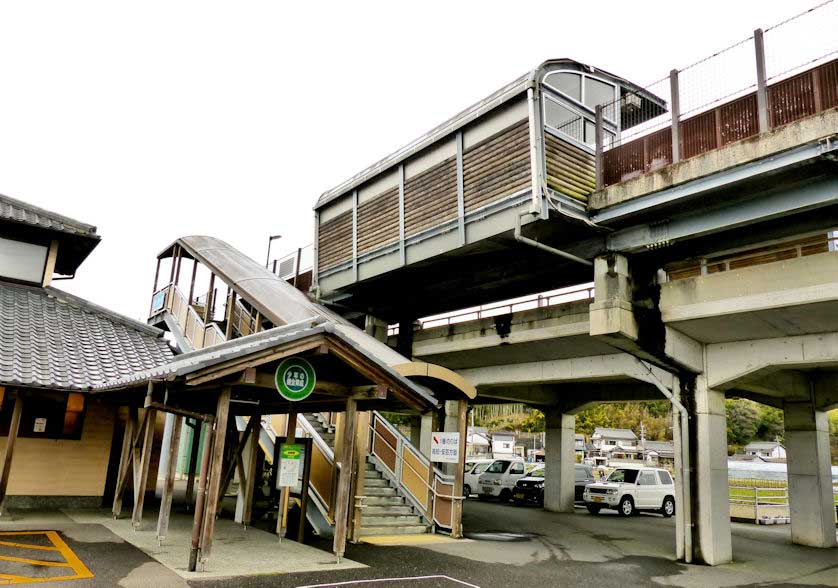 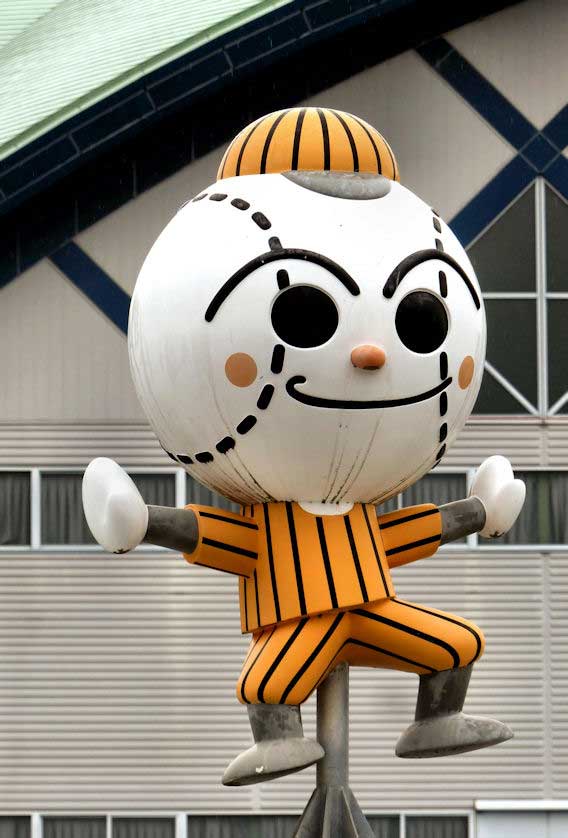 Tosa Kuroshio Railway also operate another line, the Nakamura Sukumo Line in the west of Kochi Prefecture which runs between Kubokawa Station that connects to the JR Dosan Line and Sukumo Station. 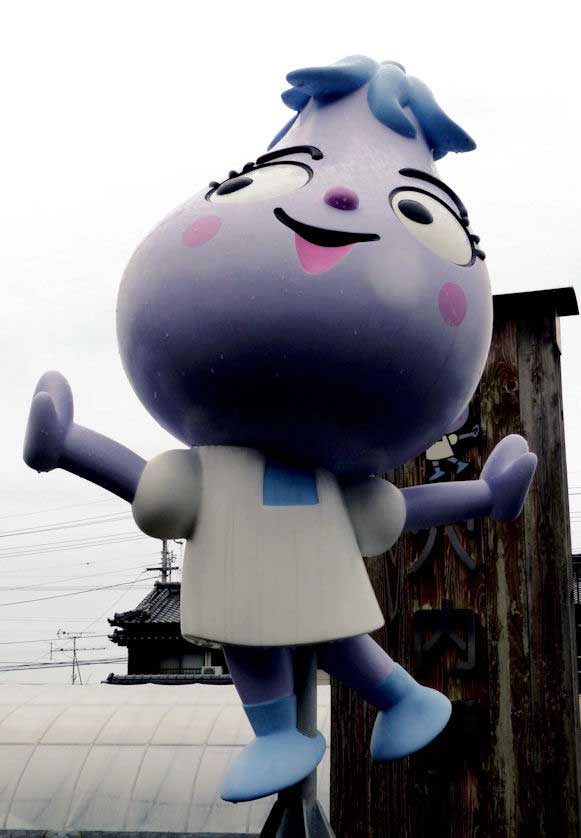 The mascot for Ananai Station is based on the eggplant, the major agricultural product of the area 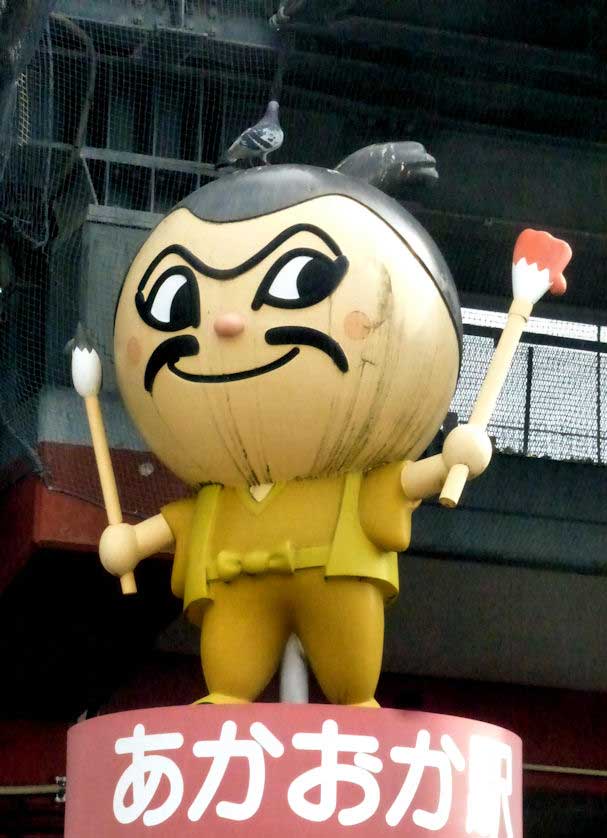