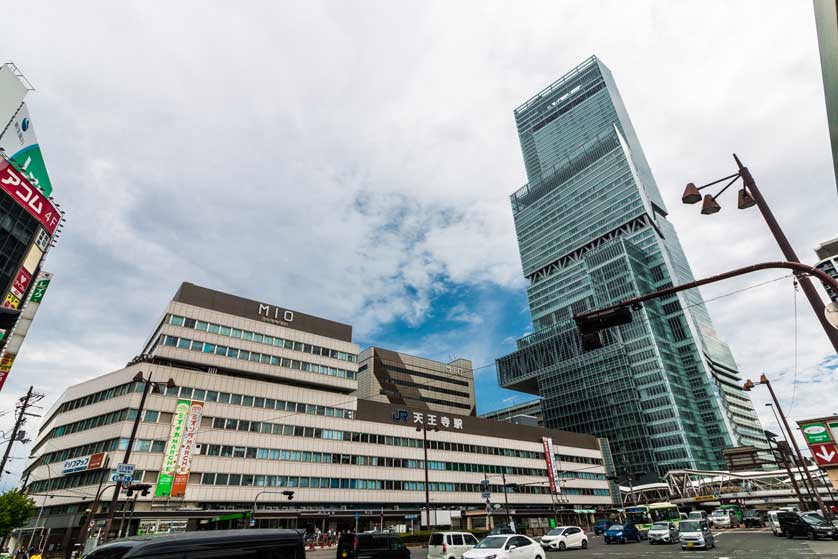 Tennoji Station in Tennoji-ku, south Osaka, is an important hub station in the south of the city south of Umeda, Shinsaibashi and Namba Station on the north-south Midosuji Line of the Osaka subway system.

There are in fact three stations interlinked by bridge and underground walkways at Tennoji, the JR Tennoji Station and subway station, Abeno Kintetsu Station and the small tram line, the Hankai Uemachi Line, from Tennojieki-mae to Sumiyoshikoen Station, convenient for Sumiyoshi Taisha Grand Shrine. 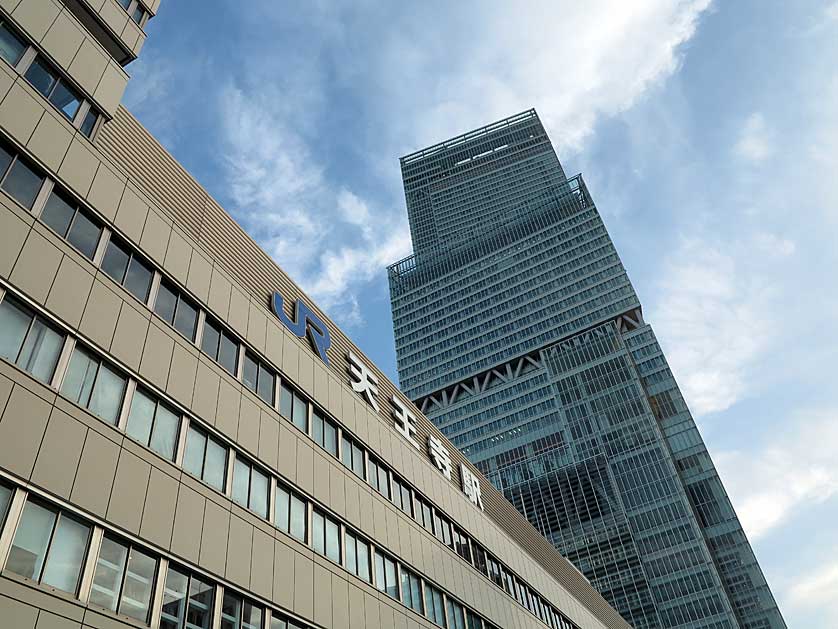 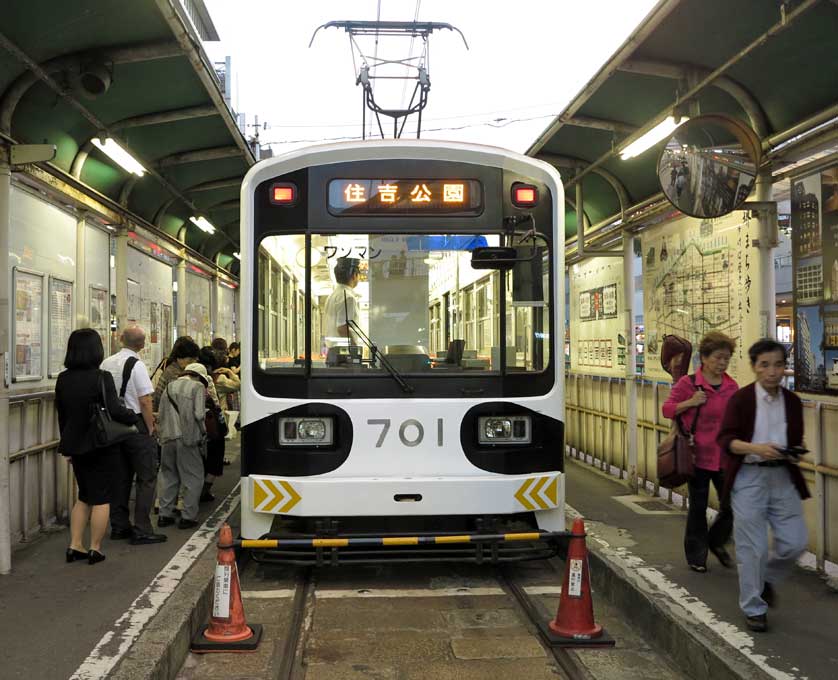 Tennoji Station is on both the Midosuji Line south from Osaka Station City and the Tanimachi Line of the Osaka subway, the JR Osaka Loop Line, the JR Hanwa Line from Tennoji to Wakayama with some trains going to Kansai Airport Station for Kansai International Airport (KIX) via Hineno and some return trains continuing on the JR Osaka Loop Line to Kyobashi Station and then to Shin-Osaka Station.

Tennoji is also on the JR Yamatoji Line from Kamo in Kyoto Prefecture to JR Namba Station. 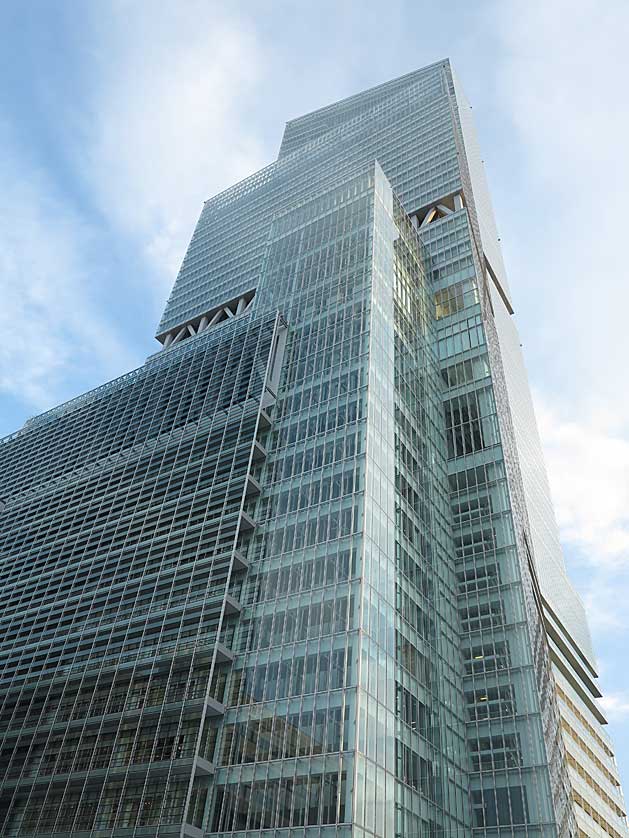 From underground passages to the subway lines follow the signs to the Hankai Uemachi Line, a streetcar from Tennojieki-mae to Sumiyoshikoen Station, for Sumiyoshi Taisha Grand Shrine. 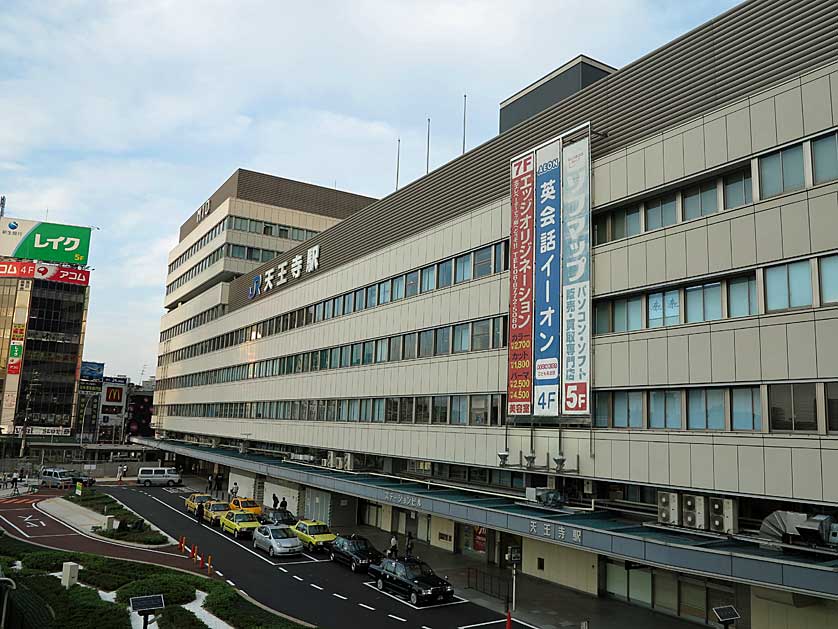 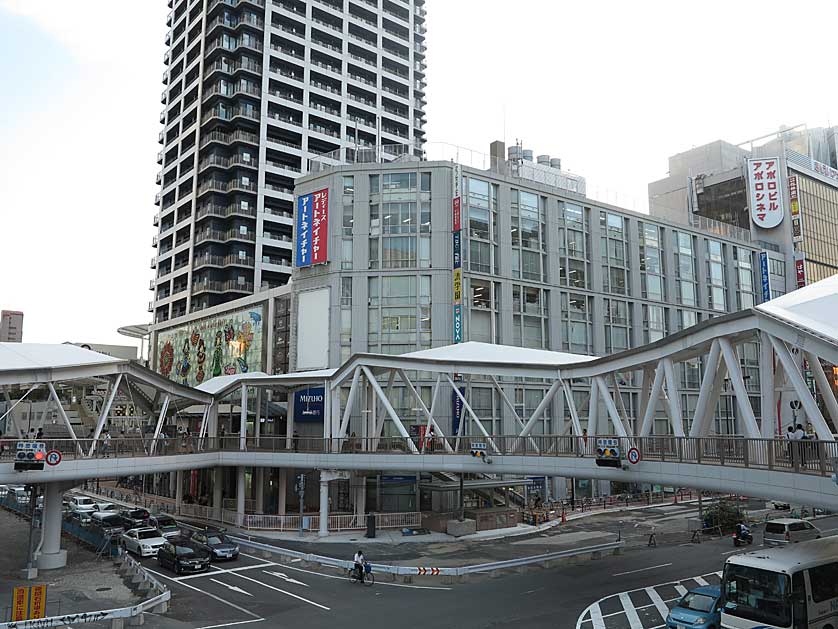 Tennoji Station is a major hub for both local buses and long-distance highway buses.

There are also limousine bus services to Osaka's two airports: KIX to the south and Itami to the north. 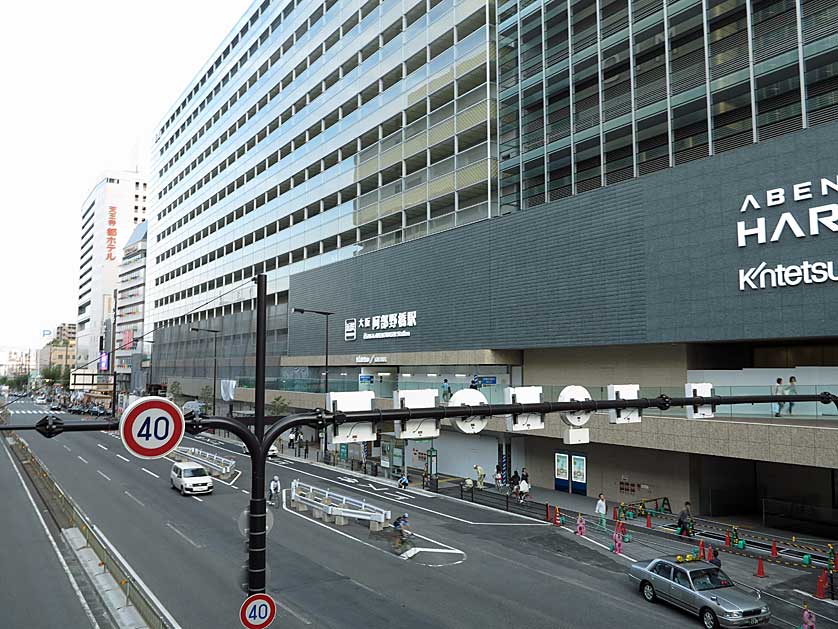 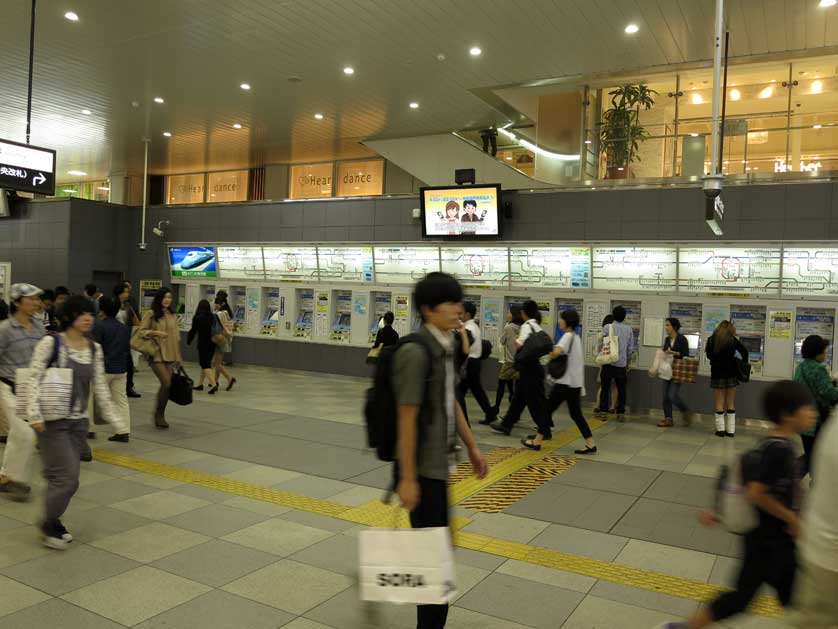 The south of Tennoji Station around Abenobashi Station is definitely the smarter of the two sides of Tennoji. Shopping includes the renovated Abeno Kintetsu department store, Hoop and Abeno Harukas. To the west are Abeno Lucias, the Apollo Building and Abeno Market Park Q's Mall, the largest shopping mall in Osaka Prefecture.

To the north is Tennoji Park which includes Tennoji Zoo, which opened in 1915, the Osaka Municipal Museum of Art and Isshinji Temple. North east of here is the historic Shitennoji Temple and its hidden gem, the Gokuraku-jodo Garden. Just west of Tennoji Park are the Tsutenkaku Tower, Shin-Sekai, Jan-Jan Yokocho Street and Spa World.

For years nearby Dobutsu-en-mae in Nishinari-ku and the area around Imamiya-Ebisu Jinja had something of a seedy nature, which included a little-known, historic "Pleasure Quarter" (brothel area) and numerous homeless people and day-laborers.

There are a number of hotels around Tennoji Station. First and foremost is the Tennoji Miyako Hotel, the APA Hotel Tennoji Ekimae, Hotel La Aroma Tennoji, and for cheap and basic on a budget in Nishinari-ku with Japanese-style rooms try the Business Hotel Taiyo. 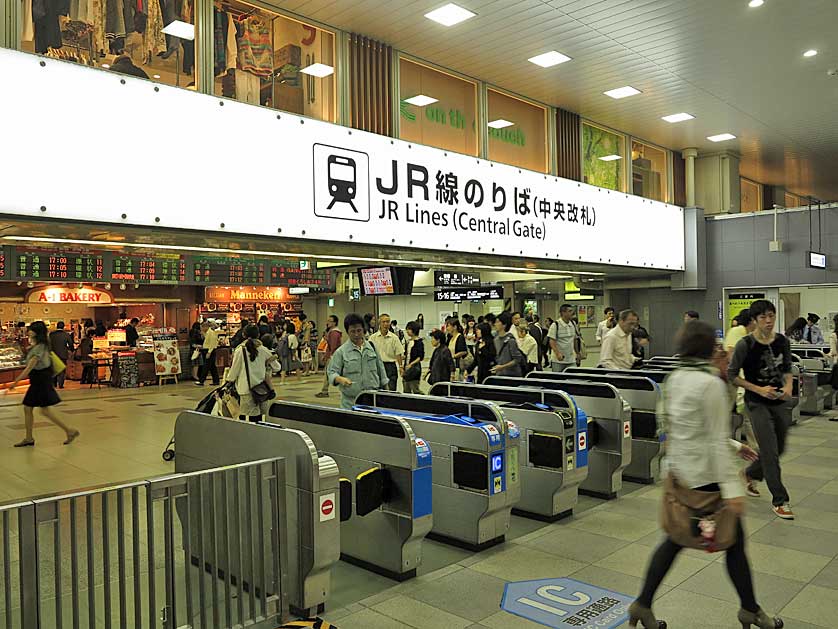 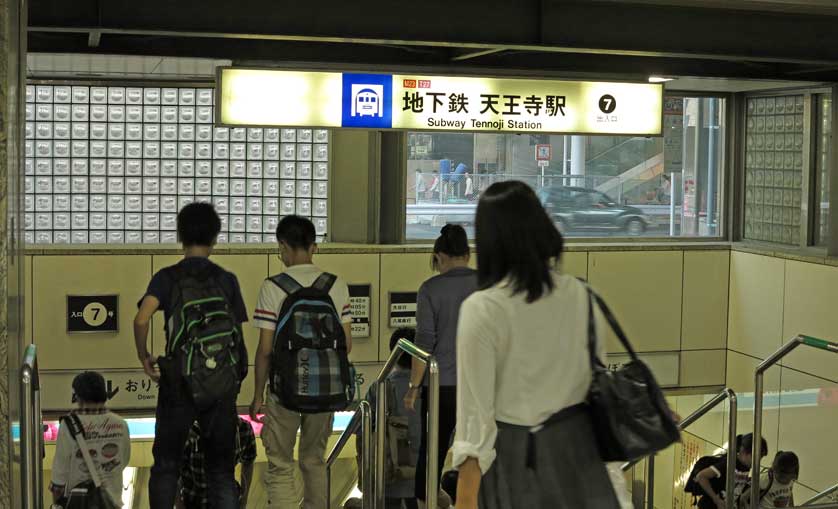 Tennoji Station: read a guide to Tennoji Station in south Osaka with details on train and bus connections and nearby sights and attractions around Tennoji.