Though it is called a limited express, the Umisachi Yamasachi train is in reality an excursion/ sightseeing train. 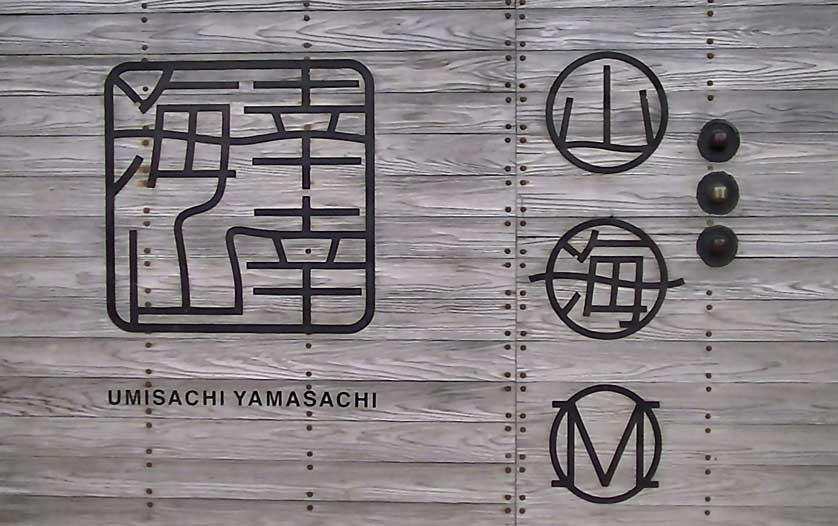 The Umisachi Yamasachi runs along the scenic Nichinan coastline between Miyazaki city and Nango in Miyazaki Prefecture and takes 1 hour and 40 minutes each way.

The train stops at several points to take in the scenery and also stops for 10 minutes at the castle town of Obi.

There are attendants on the train selling snacks and drinks and souvenirs and giving explanations of what can be seen from the train.

The interior and fittings of the two coaches are in local Obi Cedar, as is the unusual exterior cladding.

Like so many trains in Kyushu it is somewhat more luxurious than the run of the mill JR trains. The two cars were originally operating on the Takachiho Railway from Nobeoka to Takachiho but when that line closed due to typhoon damage they were bought by JR Kyushu and refitted. 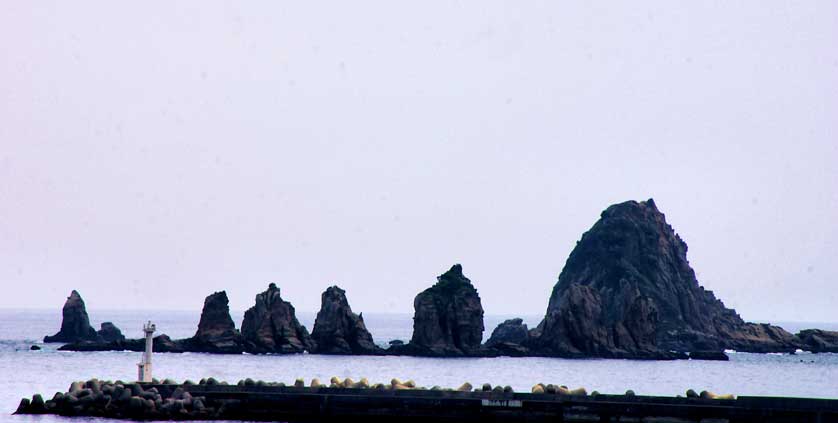 The design was by Eiji Motooka who designed many of the other specialty trains in Kyushu such as the Sonic, Yufuin no Mori, the luxury excursion train Seven Stars in Kyushu, the Kumagawa Railway Yunomae Line diesel cars, the Hayato no Kaze and 800 Series Shinkansen running on the Kyushu Shinkansen.

There are 51 seats, a few of which are unreserved but it is best to reserve seats. The train can also be hired for private functions. It does not run everyday, but on most weekends, national holidays, and holiday periods.

Umisachi Yamasachi leaves Miyazaki Station at 10.06 am, spends 4 hours in Nango, and returns to Miyazaki by 17.15 pm.

More details can be found by phoning (0985) 51 5988 or by inquiring at any JR station or Miyazaki Tourist Information Office. 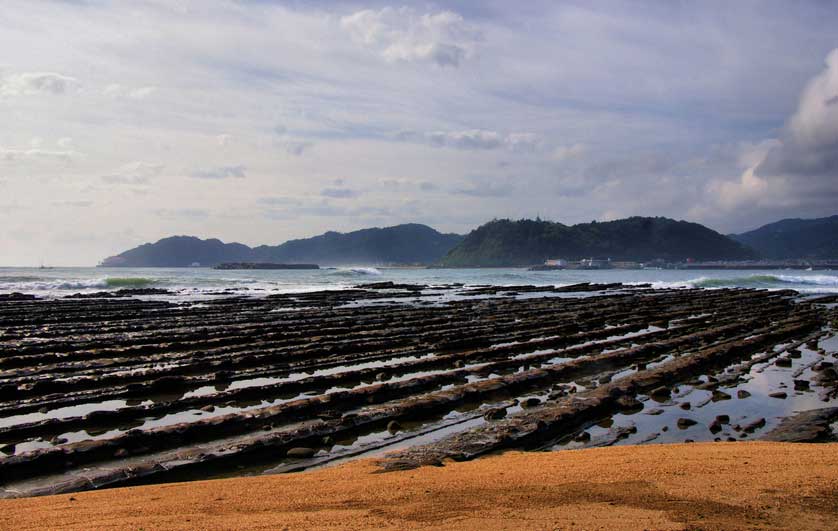 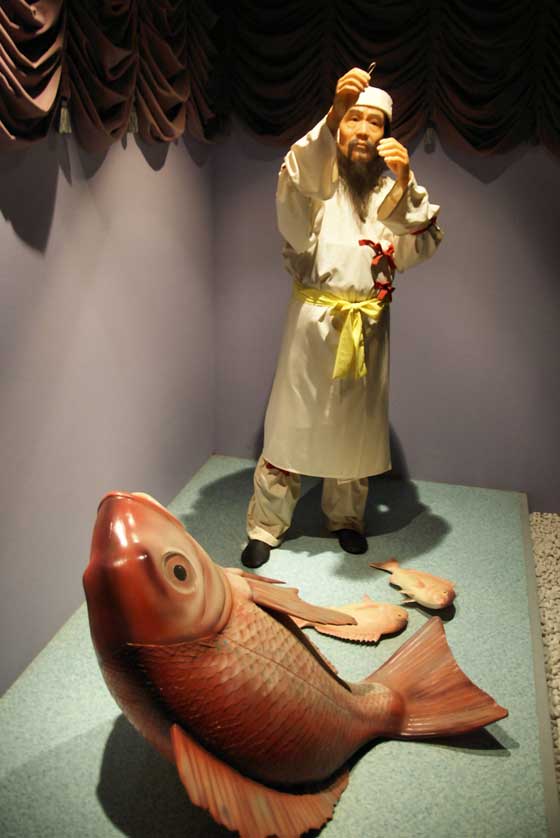 The names Umisachi and Yamasachi come from a famous myth in the ancient Japanese chronicles of Kojiki and Nihongi and the gods of the story are enshrined at the famous Aoshima Shrine which the train passes.

The names mean "Sea Harvest" and "Mountain Harvest" and refer to their skills in fishing and hunting due to magic equipment given them by their father Ninigi, the grandson of Amaterasu the Sun Goddess who sent him down to earth to pacify and rule over Japan.

One day Umisachi suggested to his brother Yamasachi that they exchange their magic equipment, which they did, but neither had any success and in the process Yamasachi lost the magic fish hook. Umisachi was furious and refused to accept any of the substitutes offered by his brother, so Yamasachi set off to find the lost hook.

Ending up in the Undersea World he married the daughter of the Dragon King and spent three years living there. Becoming homesick he found the lost hook with the Dragon King's help and returned home with his wife. Umisachi was not pleased and attacked Yamasachi, who using a magic jewel given him by his father in law caused the tide to rise. Almost drowning, Umisachi pledged allegiance to his brother who then used a second magic jewel to lower the tide.

Yamasachi's grandson is the mythical first emperor of Japan, Jimmu, who traveled with his army, subduing all the tribes along the way, arrived at Yamato, present day Nara Prefecture, and founded the Yamato Dynasty. 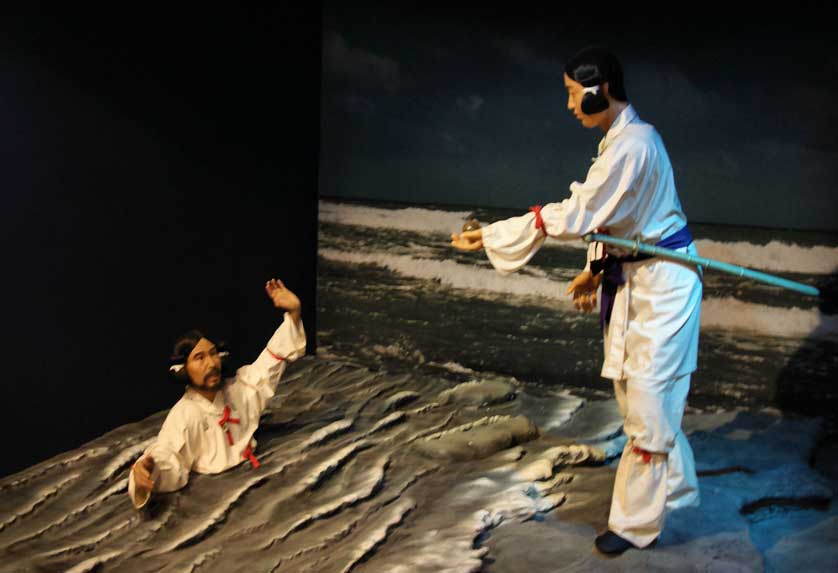 View Miyazaki Map in a larger map of Kyushu