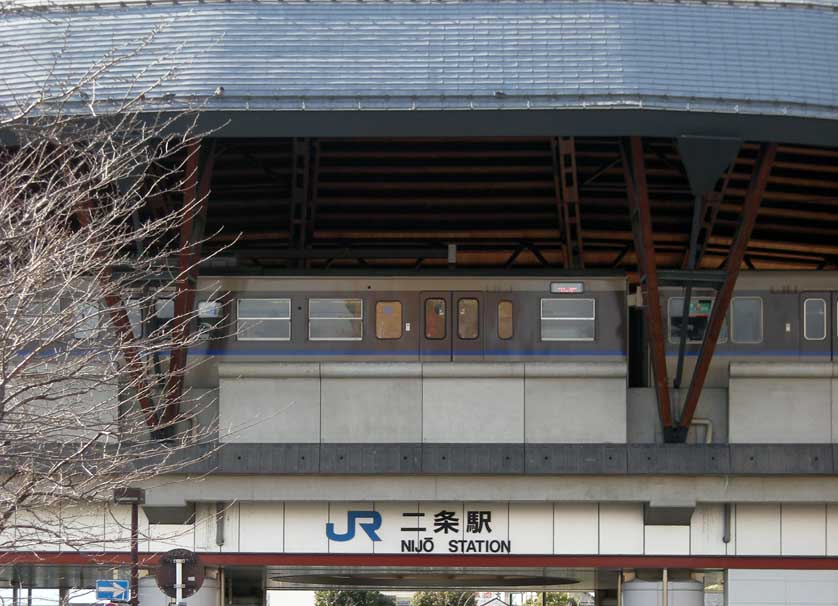 Japan Railway (JR)'s Nijo Station is two stops from Kyoto Station on the Sanin Line, which heads west out of the city through some beautiful scenery towards rural Kyoto Prefecture and Fukuchiyama, continuing on to Fukui, Shimane and Yamaguchi.

It is a short walk from Nijo Station to nearby Nijo Castle.

Nijo Station was rebuilt in 1996 when the rail tracks were elevated. It now is best known for its distinctive hat-like roof, which evokes an ancient Japanese straw hat.

The former Nijo Station building is still intact and can be seen just down line at the Kyoto Railway Museum, now incorporating the Umekoji Steam Locomotive Museum, which was opened in 1972 to mark the 100th anniversary of the start of railway operations in Japan. The former station house was built in 1904 and is a Meiji Period wooden structure that is warm and cozy. 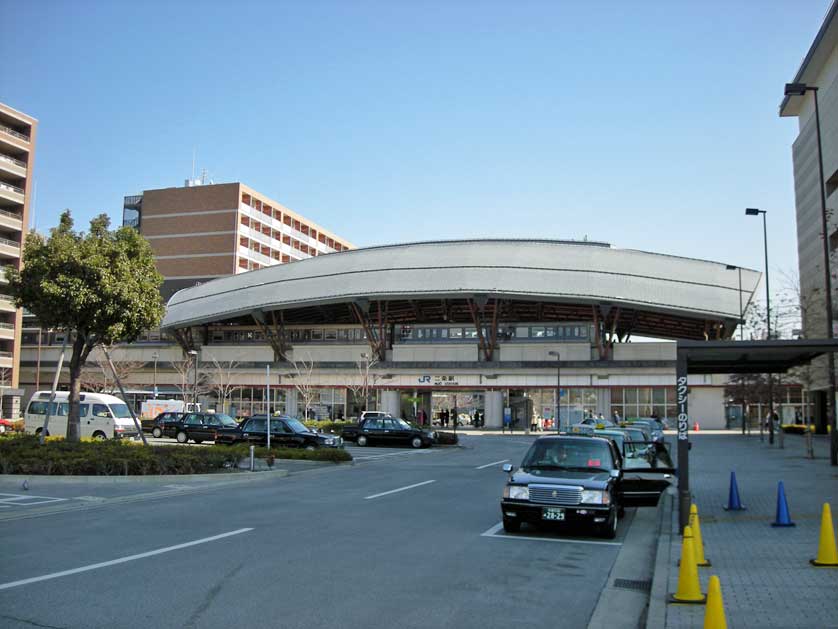 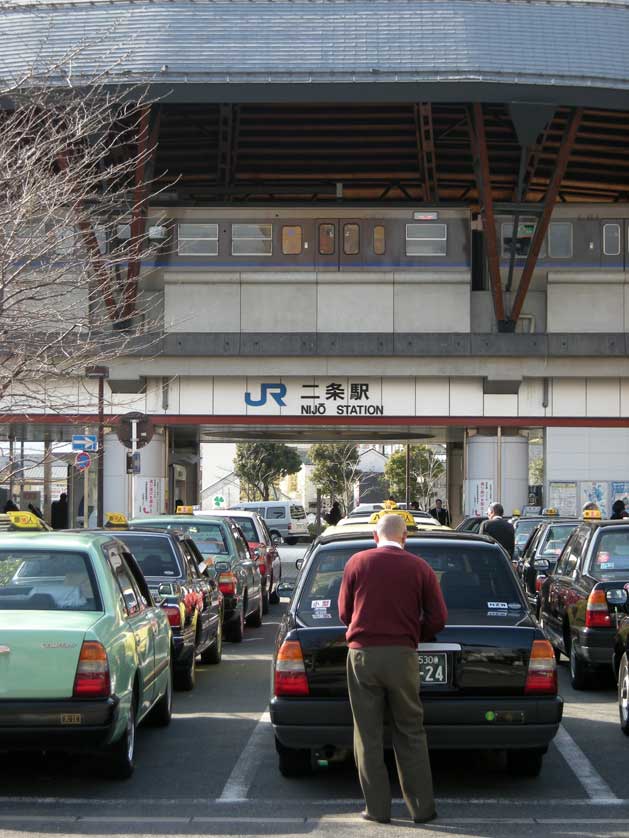 Both the JR Line and the east-west Tozai subway line stop here. The JR Line is convenient for Kyoto Station and points west, including Arashiyama. The subway runs under the northern edge of downtown, stopping in front of Nijo Castle, City Hall, and close to the museum district. 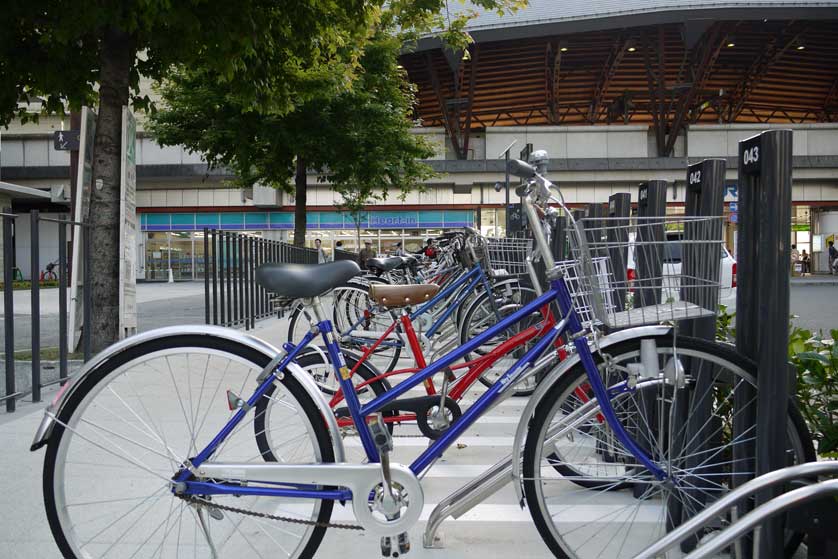 Accommodation near Nijo Station in Kyoto

Nijo Castle is a convenient area to base yourself on a visit to Kyoto as you are close to both the JR and subway stations, though most of Kyoto's attractions are to the east and north of the area. Just across the road from Nijo Station is the international class ANA Hotel. Other options close to Nijo Castle include: the Kyoto Kokusai Hotel (formerly the Kyoto International Hotel), Kyoto Guesthouse Roujiya and Hoikawa Inn Hotel.

Kyoto Bus & Subway Travel Cards & Passes: see a listing of all the bus and subway passes available for visitors to and residents of Kyoto.

Karasuma Oike Station in Kyoto is the intersect station of the Karasuma and Tozai Line of the Kyoto Municipal Subway network.