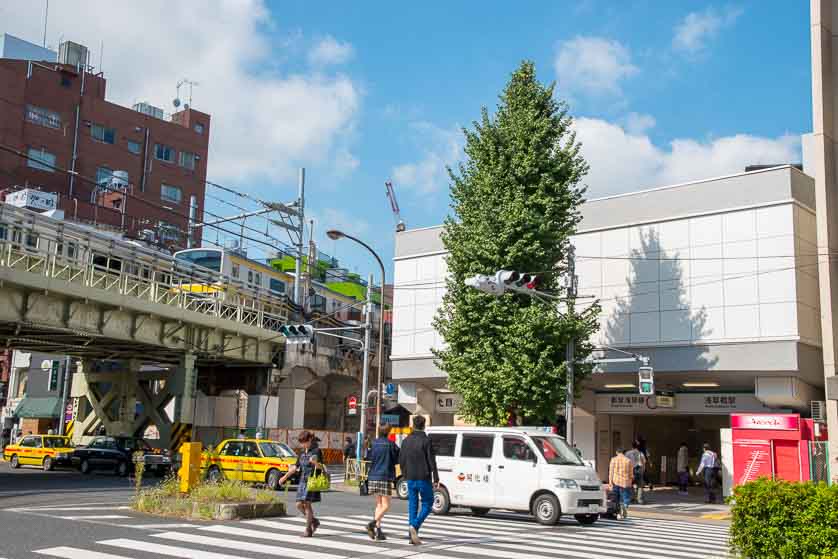 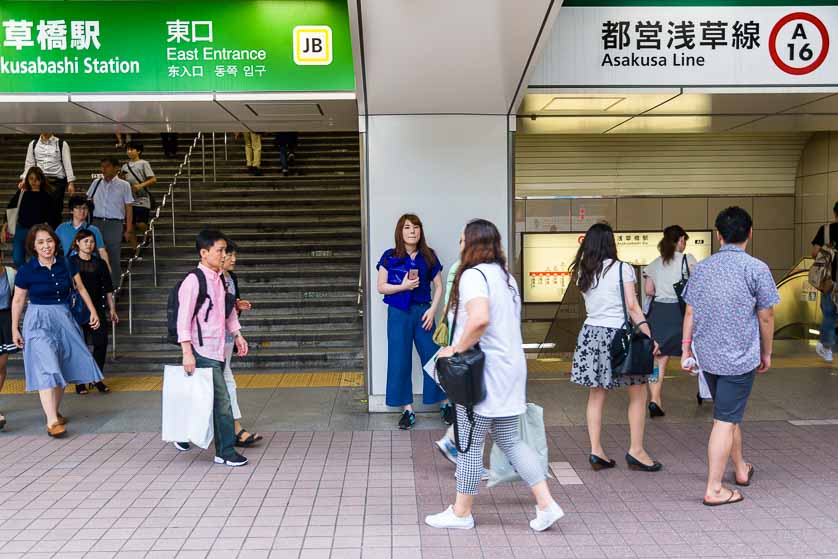 The Toei Asakusa Subway Line provides direct access to both Haneda Airport and Narita Airport. This convenience, together with the reasonably priced accommodation here, makes Asakusabashi a popular place to stay.

Asakusabashi Station on the JR Sobu Line dates from 1932, and on the Toei Asakusa Subway Line, from 1960. The JR Sobu Line station was refurbished in 2017, which included the installation of elevators at the West Exit. 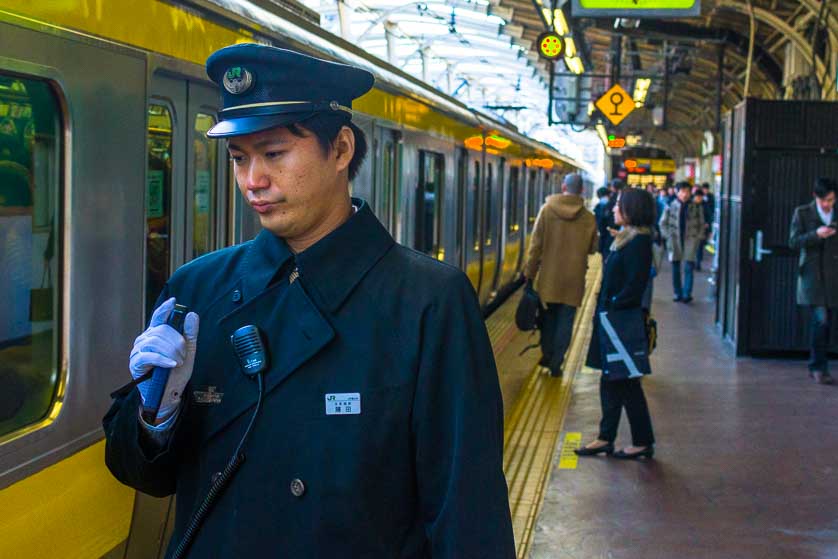 Train services start at about 5am going west, about 4:30 am going east, and end about half past midnight going west, about quarter to 1am going east. This is a JR-operated line, so you can use your Japan Rail Pass here. Otherwise, the most convenient way to ride the train is to use a prepaid card.

The only elevator at Asakusabashi Station is at the West Exit. So, if you have extra-heavy bags or are physically challenged, you should use the West Exit. Note that the elevator on each platform goes only halfway down. You then have to get out and take the other, central, elevator to get down to the ground floor. There are no escalators at Asakusabashi Station on the JR Sobu Line, only stairs.
From the West Exit to the main East Exit on Edo-dori Avenue is about a two minute walk along the length of station. 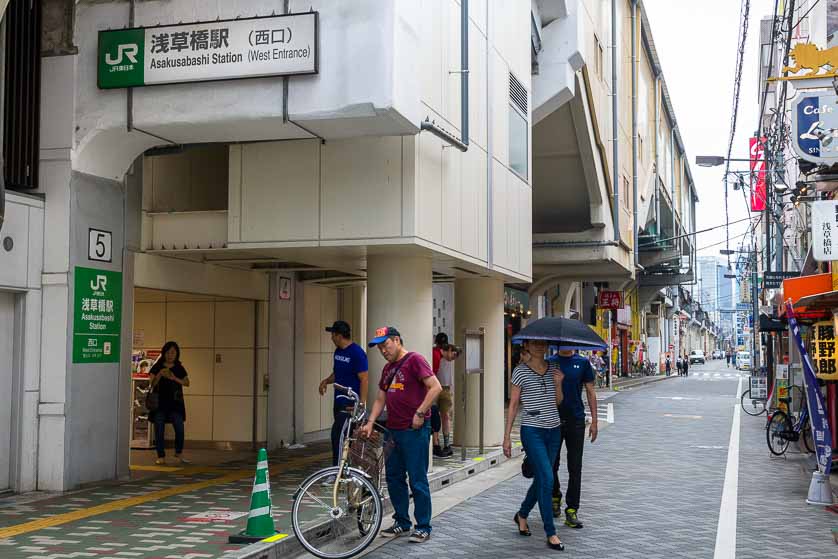 Train services start at about 5am and end just after midnight. Read more about Tokyo subway tickets.

There are many reasonably priced hotels in Asakusabashi within five minutes' walk of the station.

If you need to use the elevator and/or are going to the following hotels, use the West Exit: Asakusabashi Business Hotel, Hotel MyStays Asakusabashi, and Grids Hostel Lounge Akihabara.

For the Belmont Hotel, Hotel Yanagibashi, and Hostel & Cafe East 57 Asakusabashi take Exit 1, with its elevator. For all other hotels in the area, take Exit 3. (Other exits may be closer, but they have stairs only. Therefore, it is easier to use the escalators at Exit 3 and cross Edo-dori Avenue at a pedestrian crossing if necessary. 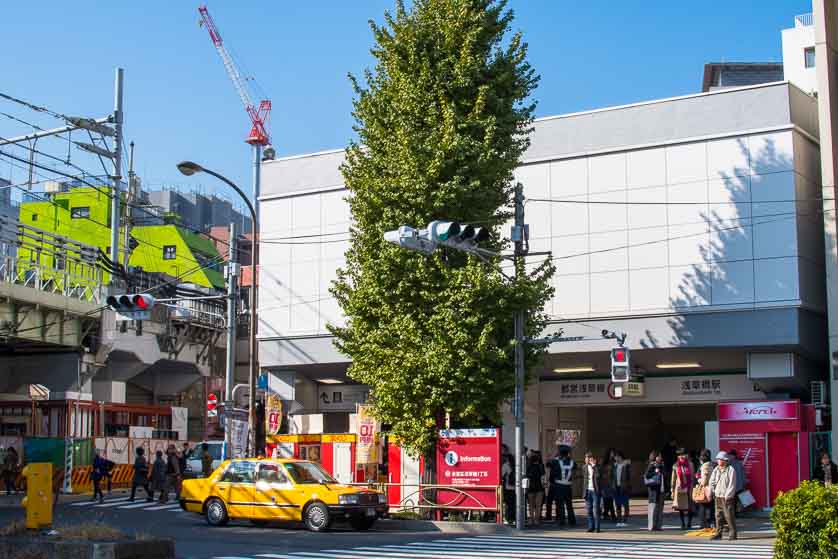 The Asakusabashi area around the station is full of cheap eats and drinks, Japanese and other Asian, including fast food, as well as some more elegant dining. These cater to both locals and to tourists staying at the area's several budget hotels and hostels.

Kuramae, just five minutes' walk north of the station, features numerous small, trendy cafes and handicraft studios. Bakurocho, just south of the station, across the main east-west thoroughfare of Yasukuni-dori Avenue, is full of cheap clothing stores and clothing wholesalers. Yanagibashi, across the north-south running Edo-dori Avenue, is a former geisha entertainment area that has a few small hostels and hotels, and a picturesque iron bridge across the Kanda River, dating from 1929.