Hanzomon Station is in the Kojimachi district of Tokyo's Chiyoda ward and serves one of Tokyo's most elegant neighborhoods. 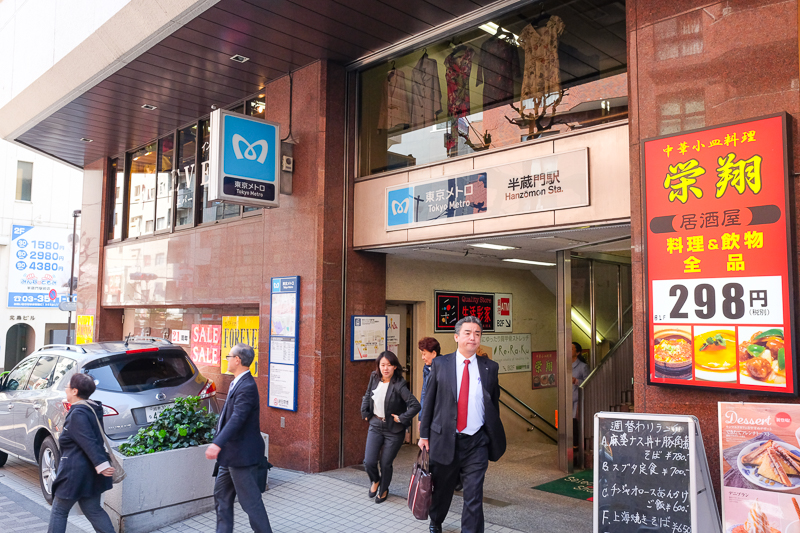 It is named after the Hanzomon Gate of the Imperial Palace Tokyo, just four minutes' walk east. (The Hanzomon Gate is where Shinjuku-dori Avenue [part of Route 20] starts, going as far west as Kabukicho in Shinjuku ward.) 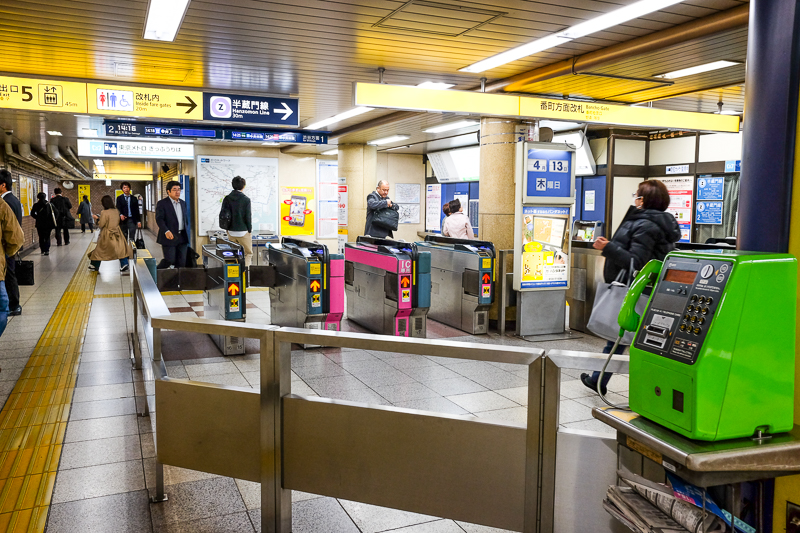 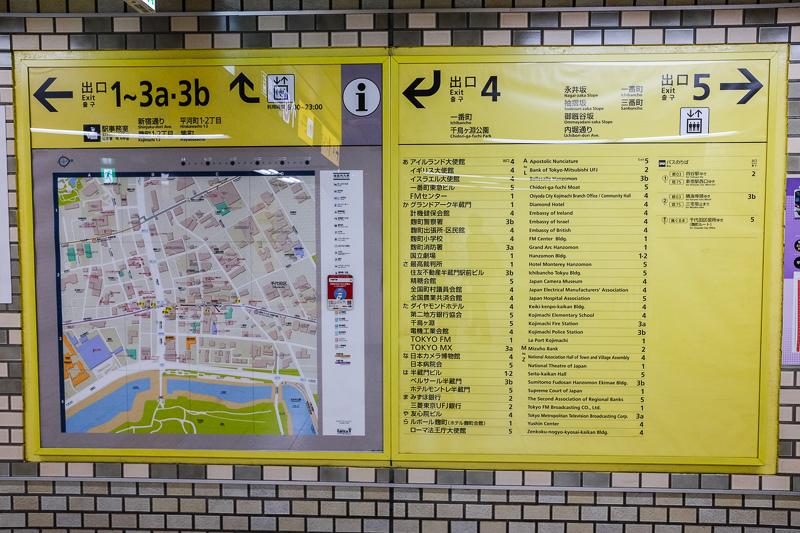 Think "Hanzomon Station" and think "cafes, bakeries, eateries, patisseries." Every exit of the station opens out onto mostly quite elegant places to eat, snack or just enjoy a cup of coffee. Hanzomon provides access to a number of well-known Tokyo places. At its southern end are Exits 1 and 2, which come out at basically the same place, serving the Kojimachi business district. From here it's an 8-minute walk south-east to the National Theatre, and the imposing, modern Supreme Court building next to the Theatre. Across from the Theatre and Court is the Sakurada Moat of the Palace. 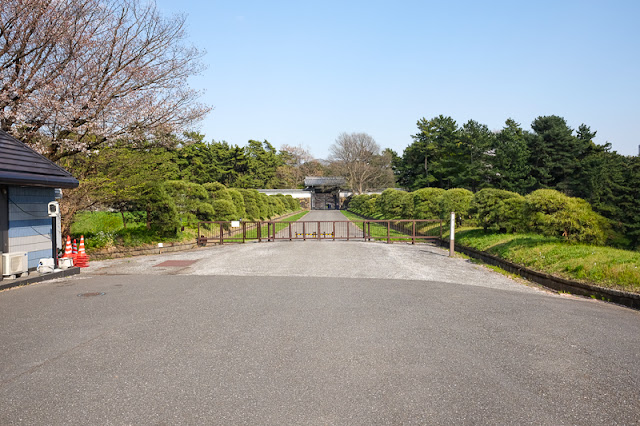 The station's other four exits are all north of Shinjuku-dori, serving the exclusive Ichiban-cho residential district. Exits 3a and 3b serve the same corner, with 3a on the street that goes through Ichiban-cho and 3b around the corner on Shinjuku-dori Avenue, accessible through the big SAP building. Exit 4 is right behind the JCII Camera Museum, 2 minutes' walk away, the British Embassy, 7 minutes' walk away, and the Embassy of Paraguay, on the northern end of the British Embassy. 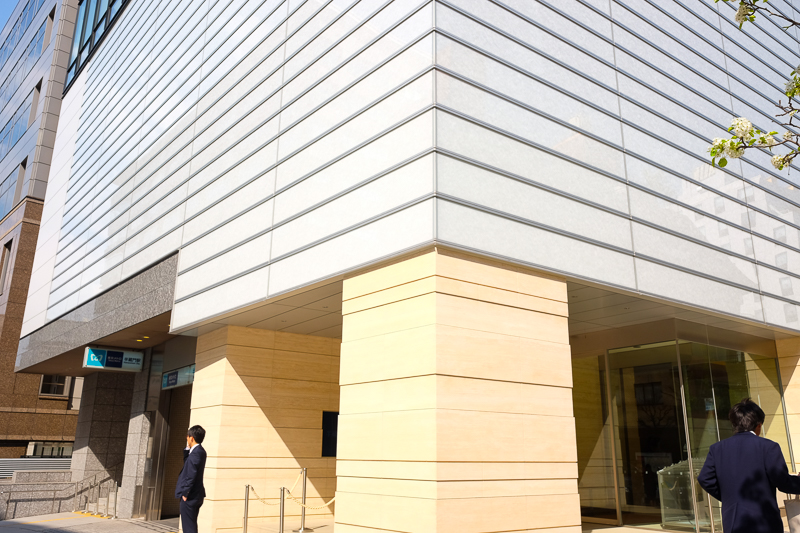 Exit 4 comes out through the Yushin-in (友心院) Building, the Yushin-in being a temple (albeit a very modern one) of the Shin-nyo-en (真如苑) religion. There is a sign there referring to a "museum" of the temple, but when I asked I was told that it would only be open to the public from next year. (This is now the excellent, free Hanzomon Museum). On the other side of the road from Exit 4, a few meters down a side street, is an elevator entrance/exit. A short walk further down the side street brings you to the Embassy of Ireland. 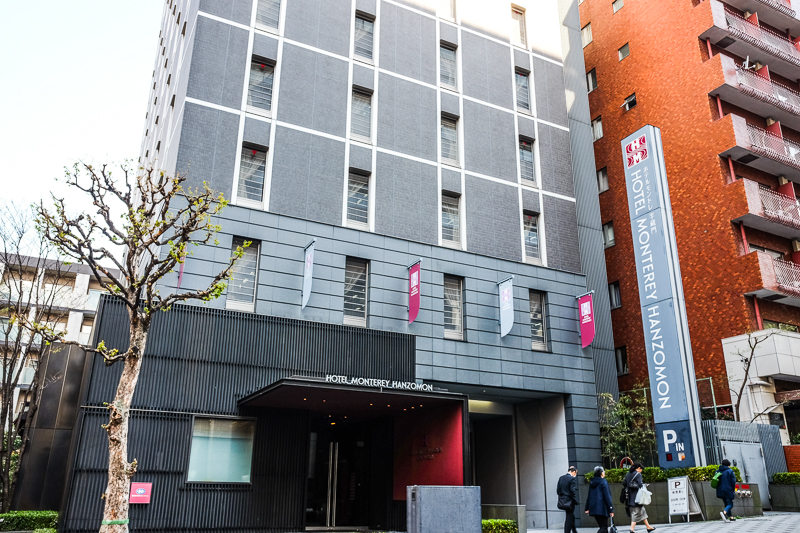 Exit 5 is at the northern end of the sation and comprises a stair exit on the main street, and an elevator also on the main street, but a little back. Across the road from Exit 5 is the Hotel Monterey Hanzomon, highly regarded for its very reasonably priced rates in such a prime location, for its friendly English-speaking staff, and great breakfast! The whole length of the station can be traversed underground. Read more about this station in Tokyo. 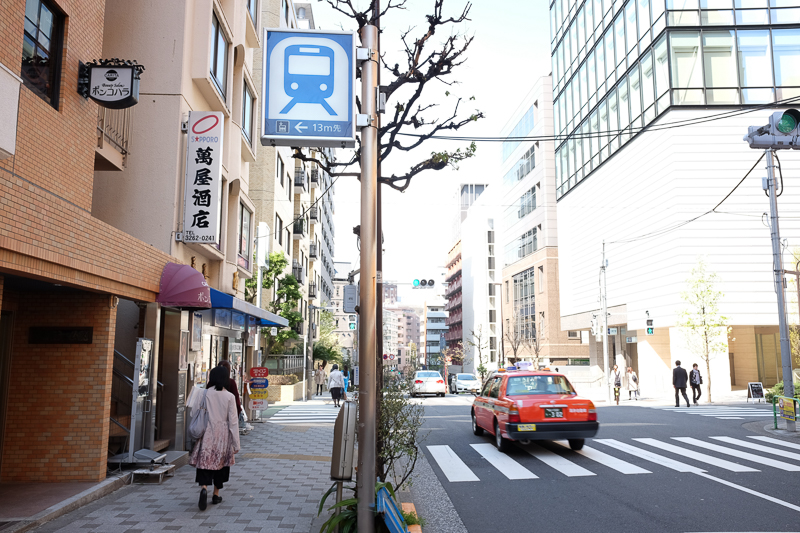 Hanzomon Station (半蔵門駅) is in the Kojimachi district of Tokyo’s Chiyoda ward and serves one of Tokyo’s most elegant neighborhoods.