Marunouchi Line: read a guide to the Marunouchi Line of the Tokyo Metro, one of the busiest lines in Tokyo that connects Tokyo Station with Shinjuku Station.

The Marunouchi Line (color-coded "Red") of Tokyo metro runs from Ogikubo Station in Suginami-ku in the west of Tokyo, east through Shinjuku, Marunouchi and then back west, and northwards, to Ikebukuro Station in Toshima-ku.

The back-to-front C-shaped Marunouchi Line also has a short branch line between Nakano-Sakaue Station and Honancho Station. Because the Marunouchi Line goes through the major railway terminal that is Tokyo Station, it is often foreign visitors' first experience of the Tokyo subway.

The Marunouchi Line runs both below and above ground.

The Marunouchi Line is the second oldest subway in Tokyo after the Ginza Line. Construction started post-World War II in the 1950's with the first section between Ikebukuro and Ochanomizu Station completed in 1954, with further work on the line to Shin-Koenji finishing a decade later, in 1964. The Shinjuku to Nakano-Sakaue section was completed In the 1990's.

Platform doors were added to all stations in 2009.

The Marunouchi Line has the most frequent trains of all Tokyo's subway lines and its trains are some of the most crowded on the network. 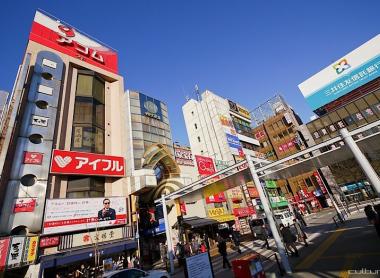 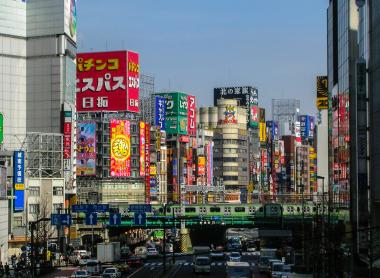 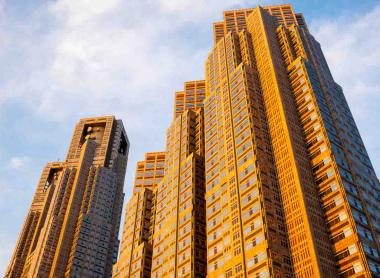 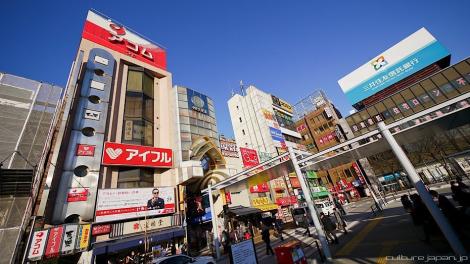 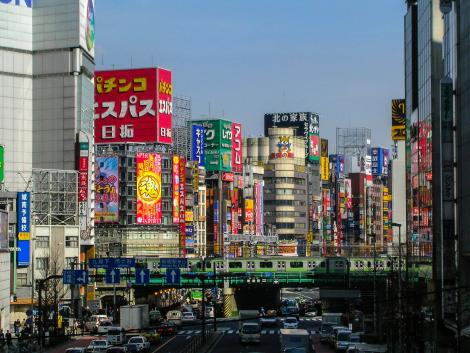 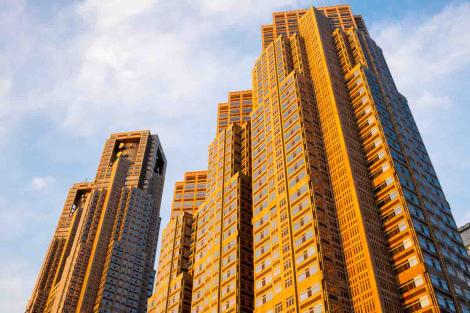 The following is a list of the stations on the Marunouchi Line, with nearby features, attractions, hotels and transfers. Each station title includes the station name in Japanese and the station code.

The station code for Marunouchi line stations starts with an either upper- or lower-case M - upper case for most stations, and lower case for the short branch line from Nakano-sakaue to Honancho.

Ogikubo, in Tokyo's Suginami ward, is about 8km west of Shinjuku, and is known for its numerous ramen restaurants. Ogikubo ramen is distinguished by being made using fish bones rather than pork bones for its flavoring. Ogikubo has three department stores near the station.

The Capsule Hotel Anshin Oyado Ogikubo offers very cheap (about USD50 per night) but comfortable accommodation near Ogikubo Station, and has its own natural hot spa, free WiFi and an on site bar.

Transfer at Ogikubo Station to the JR Chuo (Rapid) Line and Chuo-Sobu Line.

Suginami Ward Office is right next to the north side of Minami-Asagaya Station.

South of Shin-Koenji station is a branch of the Queens Isetan department store.

Higashi-Koenji Station has a small commercial area north of the station and a small cluster of commercial premises south of it.

Shin-Nakano Station has a broad smattering of stores and restaurants, mainly to its east.

Nakano-sakaue (pronounced "na-ka-no sa-kah-oo-eh") Station has a few shops and restaurants around it. Transfer here to Nakano-sakaue Station on the Toei Oedo Line (E-30). The 3-station branch line of the Marunouchi line comprising Nakano-Shimbashi, Nakano-Fujimicho and Honancho stations starts at Nakano-sakaue Station.

Nakano-Shimbashi Station is the first station on the branch of the Marunouchi line that splits off Nakano-sakaue on the main line.

There is a considerable cluster of small shops and restaurants around Nakano-Shimbashi Station. Tokyo Polytechnic University is about 600 meters east, and slightly north.

Nakano-Fujimicho Station is in a residental area with a sprinkling of stores nearby. The section of Route 420 known as "Nakano-dori" goes by the station just to the east.

Honancho is a pleasant, alley-lined neighbor of Suginami ward, flanked north and south by rivers, and quite green. There are several parks, and the Suginami Municipal Museum, about one kilometer to the west of Honancho Station. Honancho Station is the third and last station on the branch of the Marunouchi line that splits off the main line at Nakano-Sakaue Station.

Nishi-Shinjuku Station is at the north end of the Nishi-Shinjuku skyscraper district with numerous office towers and major hotels, and dominated by the Tokyo Metropolitan Government Building (Tocho). Transfer here to Tochomae Station on the Toei Oedo Line (E-28), 400 meters to the south, but connected by an underground passage. 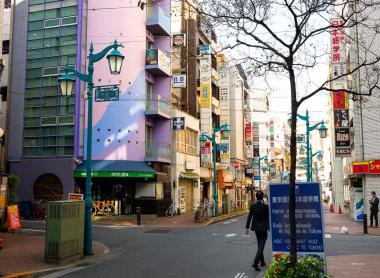 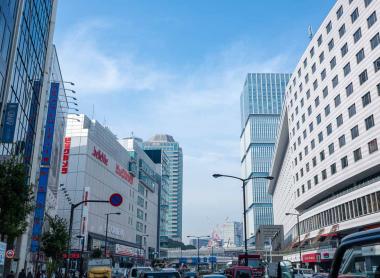 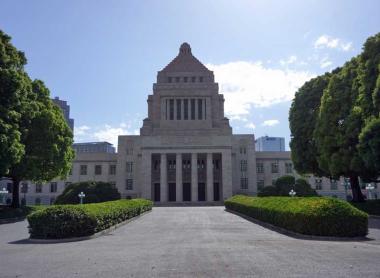 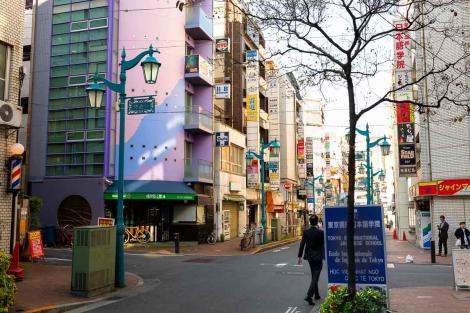 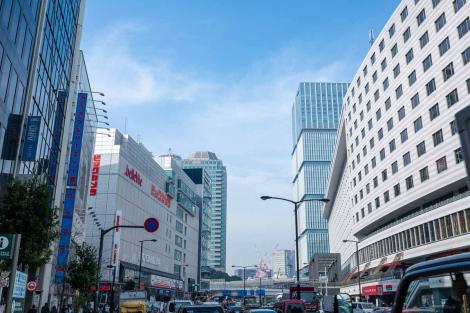 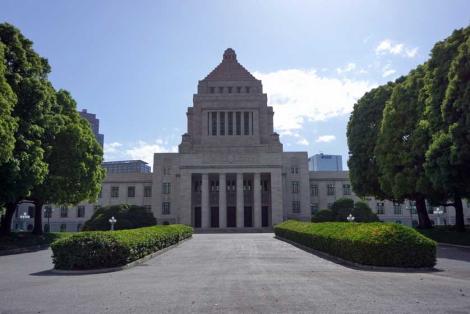 Shinjuku Station is Tokyo's busiest station overall, and Shinjuku is like a city unto itself, offering more in the way of great Shinjuku shopping, dining and entertainment opportunities than any other part of Tokyo..

Shinjuku-Sanchome Station (exits C5 and C8) provides access to the Shinjuku-nichome gay bar area just to the east, and to the Shinjuku shopping outside Shinjuku Station's East Exit, the closest being the Isetan department store, just west.

Transfer at Shinjuku-Sanchome Station to the Fukutoshin Line (F-13) and the Toei Shinjuku Line (S-02).

Shinjuku-Gyoenmae Station is next to the broad, beautiful Shinjuku Gyoen Gardens.

The Shinjuku Historical Museum is about 10 minutes' walk north-east from Yotsuya-Sanchome Station. The Tokyo Toy Museum is a little north-west. South of the station is the headquarters of the Soka Gakkai and, a little further down, Shinanomachi Station on the Chuo-Sobu Line.

Yotsuya Station is a large, modern, good-looking station that shares its building with the upmarket Atre Yotsuya shopping, dining, and cafe mall. Yotsuya Station straddles both sides of Route 20 (Shinjuku-dori), with the Yotsuya Exit (west) and Kojimachi Exit (east) on the north side, and the Akasaka Exit on the south side. The Marunouchi Line is served by the Akasaka Exit only - although accessible by walkway from the north side.

The campus of the Catholic Sophia University (Jochi Daigaku, in Japanese), with its St. Ignatius Church, is right next to the Akasaka Exit. Just south of Yotsuya Station is the Akasaka Goyochi estate, home to the grand old Akasaka Palace AKA the Geihinkan (State Guest House), which is usually open to the public (except when being used for state functions).

Akasaka-mitsuke is a pivotal station providing access to the bustling business and recreational area of Akasaka. Akasaka-mitsuke is at the bottom of Route 246 (Aoyama-dori) which takes you to Shibuya, about 4km south-west. The platforms of Akasaka-mitsuke Station are connected to those of Nagatacho Station, 400 meters east, by underground passage, making it possible to change trains from station to station without passing through a ticket wicket.

"Kokkai-Gijido-mae" means "in front of the National Diet Building." This station is in the heart of Tokyo's national political district, Nagatacho, with the Prime Minister's residence, the Cabinet Office, several ministry headquarters and the American Embassy also very nearby.

Kasumigaseki, at the southern edge of the Imperial Palace Tokyo (Kokyo), is "bureaucracy central," home to government ministries, courts, police-related and the patent office. Just east is Hibiya Park. Nearby is the executive-class ANA InterContinental Tokyo Hotel in the Ark Hills complex, with Michelin-star restaurants, a shopping arcade, and the full range of facilities for guests, including those with physical challenges. The five-star Hotel Okura Tokyo is a little further east, extending classic hospitality and every convenience to discerning guests in elegant surrounds. 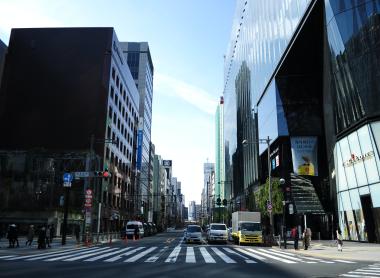 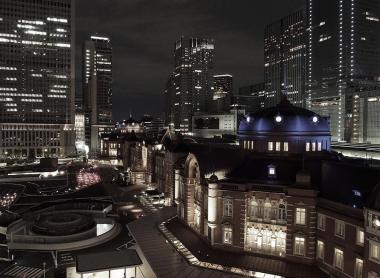 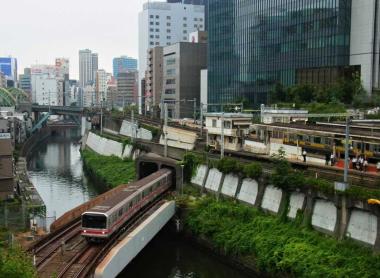 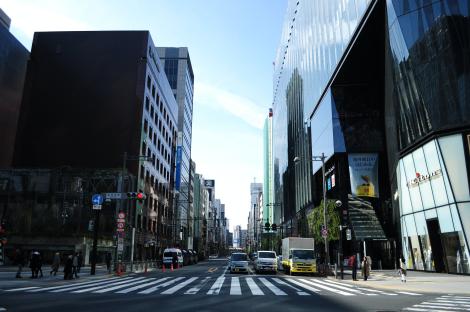 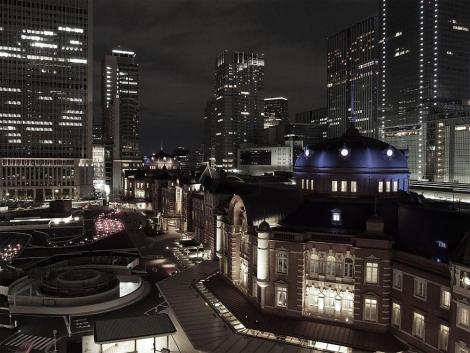 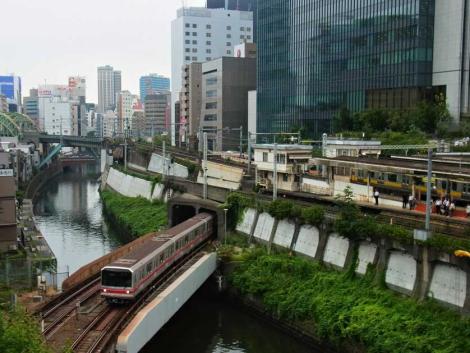 Ginza with its department stores, brand boutiques and art dealers means luxury Ginza shopping. The Marunouchi Line Ginza Station is very close, too, to the Yurakucho district, with its after-dark underground vibe.

Tokyo Station is Tokyo's and Japan's busiest in terms of numbers of trains. The Marunouchi Line is the only subway line in Tokyo Station proper - although there are several other subway stations within easy walking distance. Tokyo Station is the terminal for six shinkansen lines and also serves seven regular lines.

Awajicho Station is in the Kanda-awajicho district of Chiyoda ward, less than 10 minutes walk north-east to the electronics, gaming and anime mecca of Akihabara, across the Kanda River. Jimbocho book town - mainly used books - is just over 10 minutes in the opposite direction, to the east. The Orthodox Holy Resurrection Cathedral is just a few minutes walk north-west from Awajicho Station.

There are no transfers at Awajicho Station, but the station is contiguous to Ogawamachi Station (S-07) on the Toei Shinjuku Line and Shin-Ochanomizu Station (C-12) on the Tokyo Metro Chiyoda Line.

Ochanomizu is famous for its concentration of prestigious universities, and therefore its student culture, with numerous guitar and other musical instrument stores and lots of quick-stop noodle shops. Nearby are a variety of sights for the tourist, mainly of historical significance. Just to the east of the station is the Confucian shrine, the Yushima Seido. The Japan Football Museum is also a short walk away.

Hongo-Sanchome Station is in Tokyo's Bunkyo ward. Hongo Kyusuijo Park is a small, serene park a little south of the station that features roses.

Transfer at Korakuen Station to the Tokyo Metro Namboku Line (N-11). Kasuga Station on Toei Mita Line (I-12) and the Toei Oedo Line (E-07) is right next door, connected by a passageway.

Shin-Otsuka Station is on Route 254 in the residential Otsuka neighborhood of Bunkyo ward, Tokyo, with a scattering of stores and restaurants around.

Ikebukuro is one of Tokyo's most fun areas in terms of shopping, recreation, entertainment and dining. 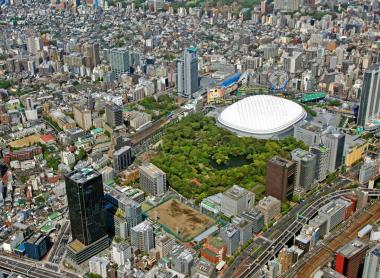 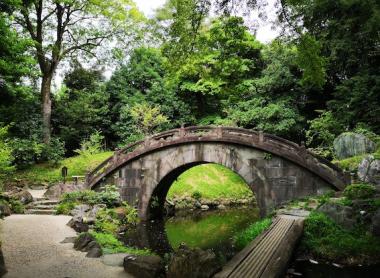 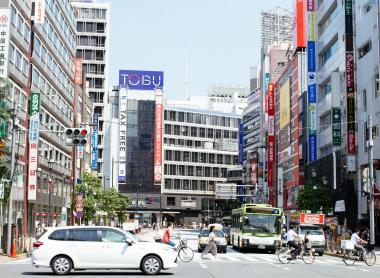 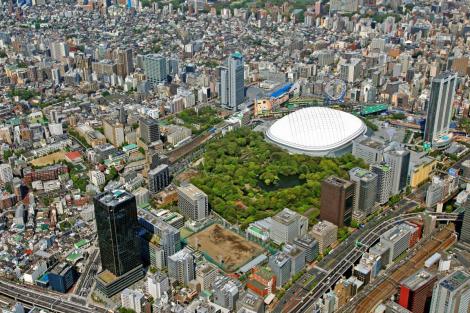 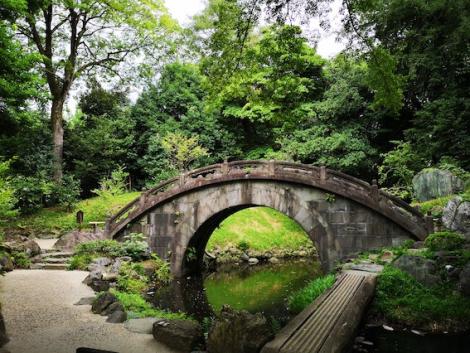 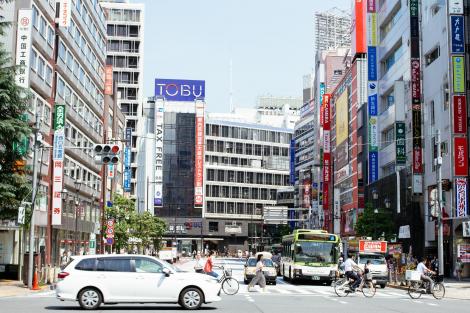 Subway services are a little less frequent on weekends and public holidays. There are things you can do if you miss the last subway and have to wait until the first train the next morning.

Here are some useful tips for using the Tokyo subway system.

1. First buy a pre-paid travel card, such as a Suica or Pasmo card. They require a refundable 500 yen initial charge, but make subway use infinitely easier than having to buy a paper ticket at a station whenever you ride a train. You only need to touch your card for a second on the sensor at the ticket wicket as you pass through.

3. having identified that exit, board the car closest to that destination exit. You will save time (and be less likely to get lost) if you can board the car that will stop closest to the destination station exit you will leave from. There are charts for that purpose on the station wall showing the right car for each exit at each station, or you can ask a station attendant. " no deguchi ni oriru no de, dono sha-ryo ni noreba ii desu ka." ("I'm getting off at Exit ??? of ??? Station, so please tell me which number car I should board.")

4. Mind your manners. Don't eat or drink on the train, don't put luggage on the seat beside you, don't talk on your cell phone, and if you're talking to people, talk quietly.

Explore Tokyo with a guide