Nerima Station in western Tokyo is a busy commuter station on the Toei Oedo Line, the Seibu Ikebukuro Line and the Seibu Toshima Line. 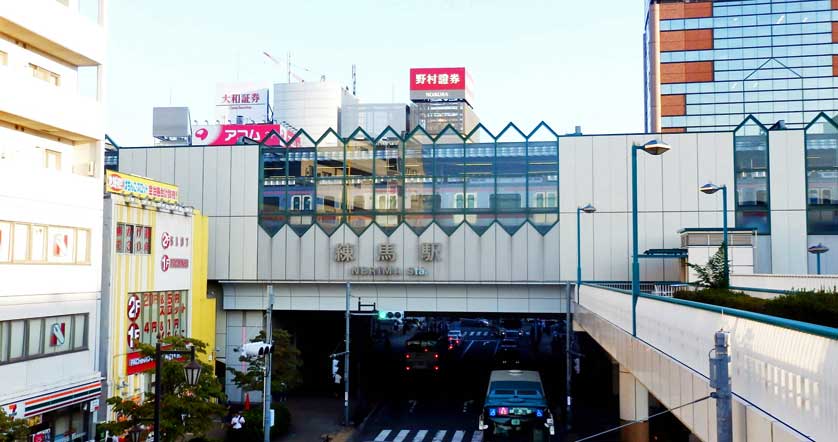 Nerima Station is one of those busy Tokyo commuter train transfer stations whose exterior most passengers may have never seen though they pass through the interior on a daily basis. 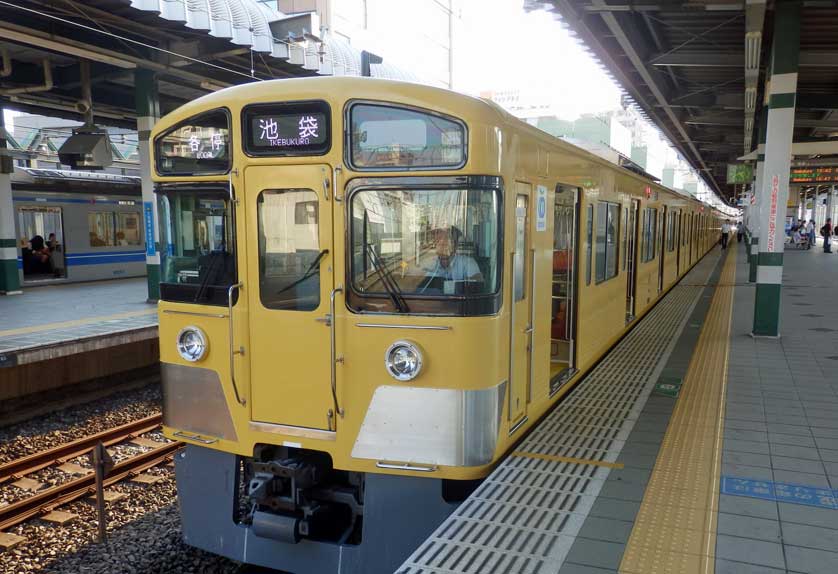 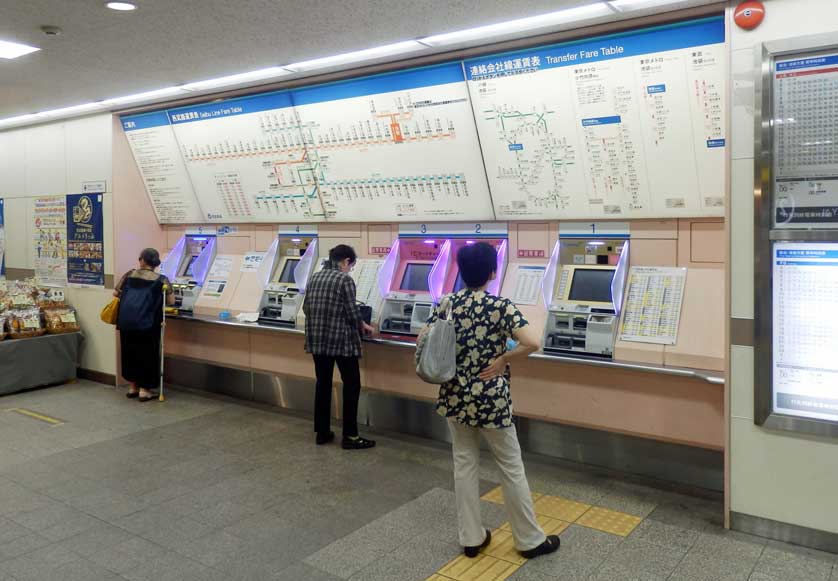 The Toei Oedo Line forms a loop serving many central parts of Tokyo including Shinjuku, Roppongi, Shiodome, Ueno and Iidabashi with the circle closing at Tochomae Station and turning into a single line extending towards the largely residential areas of Nakano and Nerima wards in the northwest of urban Tokyo. 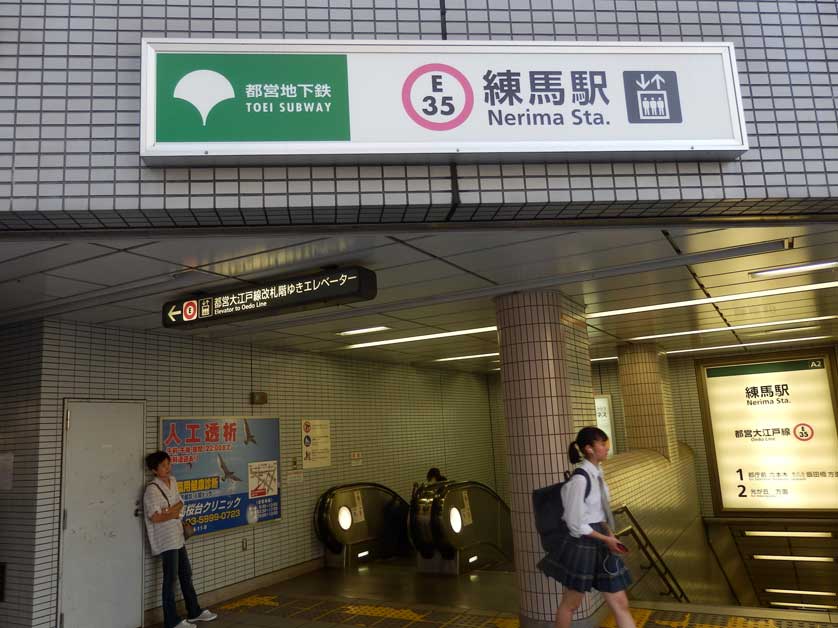 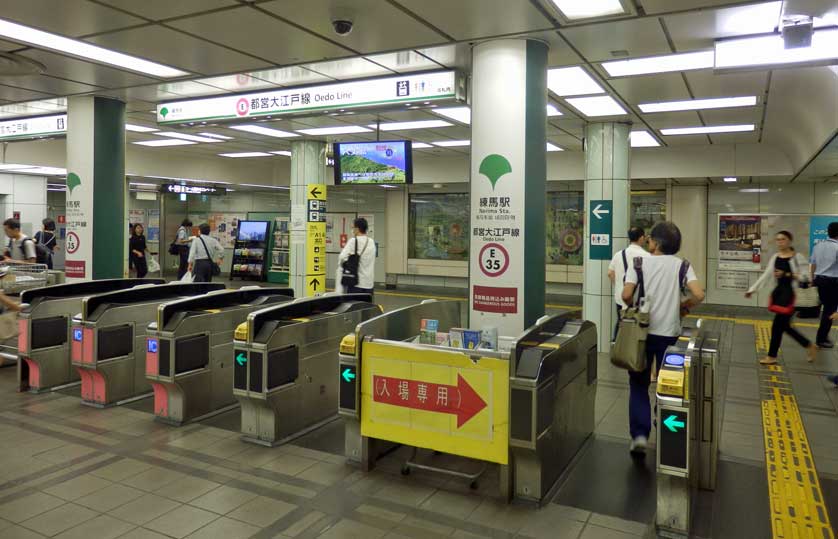 Thus, Nerima Station works as a crucial gateway connecting the business towers of central Tokyo with the large residential areas on the western periphery. Expect big crowds on Tokyo-bound trains in the morning rush hour and equally large crowds on the outbound trains in the evening.

Despite being such an important transfer point, Seibu Railways has not yet granted Nerima Station the status of an Express train stop. Only local, Semi-Express and Rapid trains of the Seibu Ikebukuro Line stop at Nerima. The Semi-Express will turn into a local train one express stop further west, at Shakujikoen Station. The Rapid train will run as an express to Hibarigaoka Station, making it two express train stops further west from Nerima.

At both Shakujikoen and Hibarigaoka stations, easy transfers to actual Express trains are provided - though they also only run as Express until they arrive in Tokorozawa. From there on, all trains are local.

The high-speed Red Arrow Express connecting Ikebukuro Station with Chichibu makes no stops between Ikebukuro and Tokorozawa at all.

Thus, if you plan on a quick trip further out west, it might be best to avoid Nerima and start out of Ikebukuro instead which offers the faster connections.

If your destination is, say, the party of a friend in the western suburbs, Nerima is the more convenient way to go. 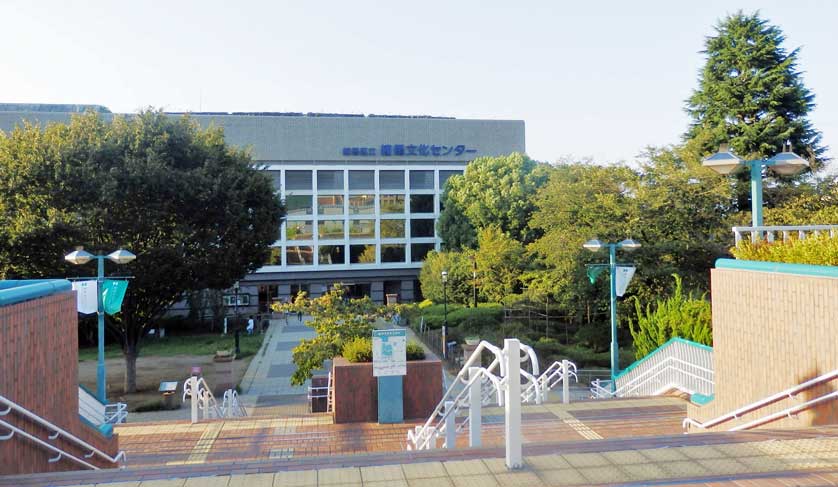 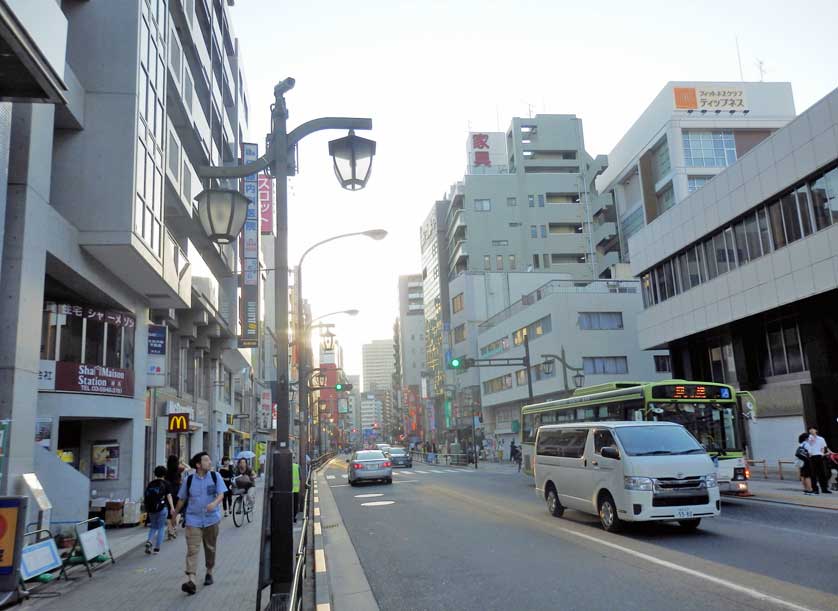 In addition, Nerima serves as a gateway to Toshimaen, a large entertainment park run by the Seibu Corporation (to which the Seibu Rail Network belongs). The Seibu Toshima Line, runs the distance of only one stop between Nerima and Toshimaen Station. 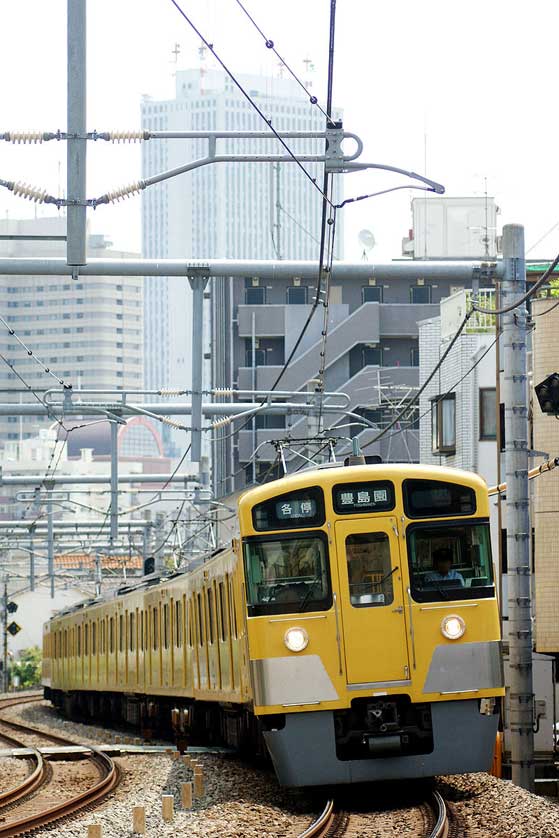 There is one peculiarity you need to be aware of when traveling with Seibu Ikebukuro Line trains from, say, Tokorozawa to Ikebukuro.

In conjunction with the Tokyo Metro Line, some Seibu trains run through all the way to Shin Kiba, close to the Tokyo waterfront or to Chichukai Motomachi, the train station closest to Yokohama Chinatown.

In Nerima, those Seibu trains bound for directions far beyond Ikebukuro become trains of the Tokyo Metro. There are no turnstile transfers or anything. The very train you are sitting on becomes part of a different transport system. Those trains from Nerima will follow the tracks of the subway system - which are different from those of the Seibu Ikebukuro Line.

Those trains will also arrive at Ikebukuro - but between Nerima and Ikebukuro, they stop at different stations than the Seibu Ikebukuro Line.

At Kotake-Mukaihara Station, a subway station between Nerima and Ikebukuro, the lines of those trains split into the Yurakucho Line heading towards Shin Kiba and the Fukutoshin Line running through to Yokohama Chinatown (Motomachi Chichukai Station).

At Ikebukuro Station, those trains will arrive at their respective subway stations rather than the Seibu Ikebukuro Line Terminal.

Nerima Ward itself is a largely residential area. It is densely populated but offers few attractions besides Shakuji Koen Park and Toshimaen Entertainment Park.

If indeed you decide to step outside Nerima Station, you will find that the different exits take you into very different areas.

The second floor North Exit of the Seibu Ikebukuro Line leads onto a large elevated platform. It is quiet, there are benches, there is a smoking area. Walking a few steps further north brings you into a small park centered around the Nerima Bunka Center, the Nerima Culture Hall. Multiple events take place at the hall, mostly aimed at residents but of course open to the general public.

The street level outside the North Exit is the area for local buses and taxi stands.

The Central Exit (on the East side) and the West Exit of the Seibu Line are both close to Senkawa Dori, the busy thoroughfare running close to the southern side of the station. The main exit of the Toei Oedo Line leads straight onto that street.

Senkawa Dori is lined with shops, fast food outlets and the like. From Senkawa Dori, several alleys extend further south, the most prominent of them is called Chuo Street.

Spending an evening in one of those establishments, bustling transfer hub Nerima Station seems miles away - until you need to take your own train back home later in the evening.