How to go from Okayama to Hiroshima ?

One trains every two hours

Discover the itinerary between Okayama and Hiroshima ? If you have time make a stop at Kurashiki and explore the Bikan Chiku historical area.

Travel from Okayama to Hiroshima

With the Sanyo Shinkansen and your Japan Rail Pass you can reach Hiroshima from Okayama in 1h38 with the fastest journey.

Please note that the Japan Rail Pass holders cannot take the Nozomi or the Mizuho.

Just south of JR Kurashiki Station ( 8 minutes from Shin-Kurashiki with the JR Sanyo Line) is a beautiful streetscape of storehouses and merchant homes. The Bikan Chiku historical area, Honmachi and Higashi-machi, stretch just a short walk from the Kurashiki-gawa River, and it is here that you can find attractive traditional buidings full of local color.
These buildings have long been related to the livelihoods of the local people, and include old storehouses that have remodeled into cafes, inns and bars. The Bikan Chiku District is also home to the Ohara Museum of Art and beautiful, historical buidings, and has grown into one of the great tourist spots in the prefecture. Two small tourist boats are always cruising along the Kurashiki-gawa from which day-time, visitors can enjoy a view of the riverbanks while experiencing a gondola-style boat, called the "Kurashiki Kawabune Nagashi". When it gets dark, the streets are bathed in a soft light making the area enjoyable at night as well.
59 KM - 0H16 - Fukuyama Station
As the train arrives look out to the right for a glimpse of Fukuyama castle.
146 KM - 0H50 -  Mihara Station
The nearest station to the Buttsu-ji is known as one of the best Zen schools in Japan. This group of temples is nestled in the midst of a dense cedar grove, making a perfect spot to enjoy the magnificient blazing colors of autumn in japan. 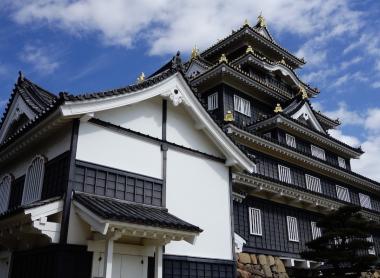 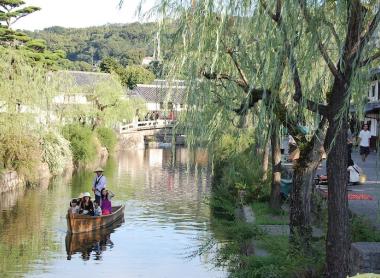 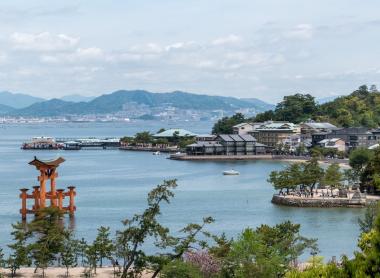 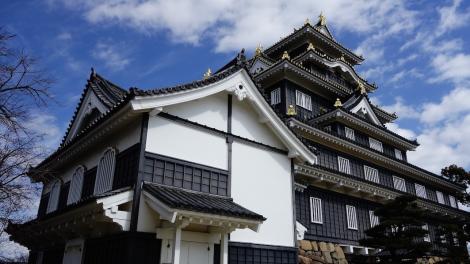 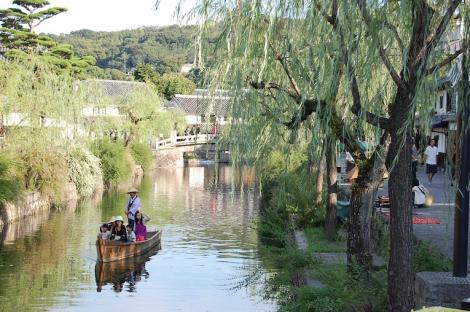 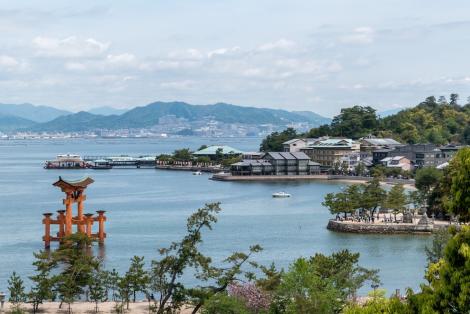 Peace Memorial Park
Nowadays it is hard to imagine that the city was the scene of such horror less than 70 years ago. The Peace Memorial Park lies in the center of the city and keeps alive the memory of what made Hiroshima so sadly famous. From Hiroshima's station south side, take street car 2 or 6 to the Genbaku-Domu-Mae stop, which is just north of the park (Station number M10 - 15 minutes). It takes about 10 minutes to walk from its northern end to the peace Memorial Museum ( daily 8.30 a.m. to 6 p.m.,¥ 200), where a highly emotional visit awaits you

Ana Crowne Plaza
4-15-23 Sakae, Naka-ku, Nagoya-shi, Aichi, 460-0008
Tel : 08-2241-1111/ www.anacrownplaza-hiroshima/language/english
15 minutes by taxi from Hiroshima Station located at the heart of the city. Convenient location for sightseeing, close to the Memorial Peace Park and the shopping and food district of the city.

Rei-Chan
Rei-chan has a branch just in front of the station, and another one on the 2nd floor of the station, in the Asse Building.
Open daily, 11 a.m. to 10 p.m.
Tel : 08-2286-2382/www.o-reichan.jp
Hiroshima-style okonomiyaki ( Hiroshima-yaki in short) is one of the local speciality you can't miss.

Getting around in Hiroshima

Of particular interest to Japan Rail Pass holders in Hiroshima is the JR-operated loop bus for tourists, called Maple-oop. The bus connects Hiroshima Station with the area around Shukkeien, Hiroshima Castle and the Peace Memorial Park every 30 minutes and is covered with the Japan Rail Pass. Hiroshima has also a very practical tram network with 8 lines throughout the city. Each stop is identified by a letter and a number. Some cars are quite old and very charming. One day pass costs ¥ 600. For the bike users, there is also a bike rental system with 17 stations (one day pass : ¥ 1080).

How to go from Tokyo to Nagoya ?

How to go from Matsumoto to Nagoya ?

This train line between Matsumoto and Nagoya is covered by the Japan Rail Pass and runs through the Kiso Valley, along the route of the Nakasendo Highway, the old postal route between Edo (Tokyo) a

Running down the east coast of Kyushu the journey between Oita and Miyazaki on the Limited express Nichirin or Nichirin Seagaia is a contrast of mountain and sea.