Most visitors to Aomori in Aomori Prefecture arriving by train do so at Shin-Aomori Station before changing trains for the short journey to Aomori Station. 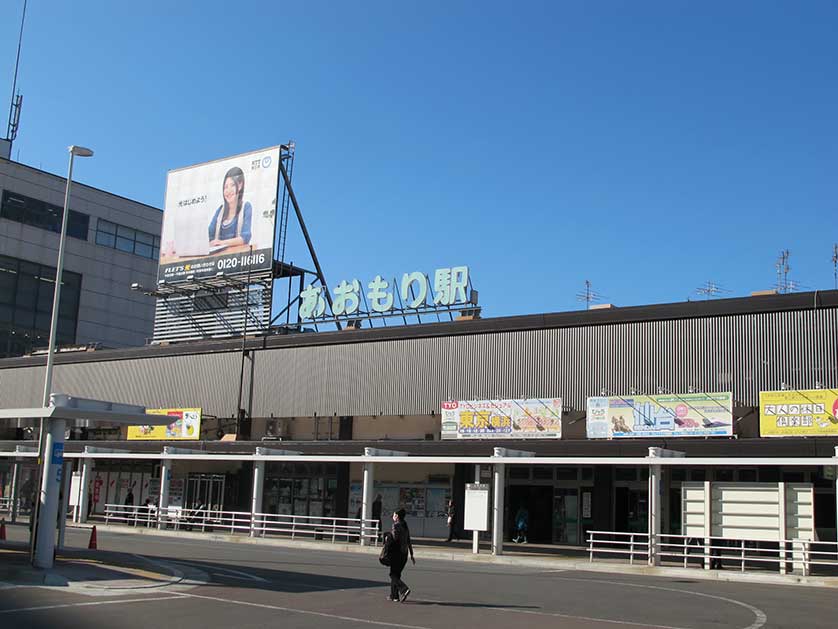 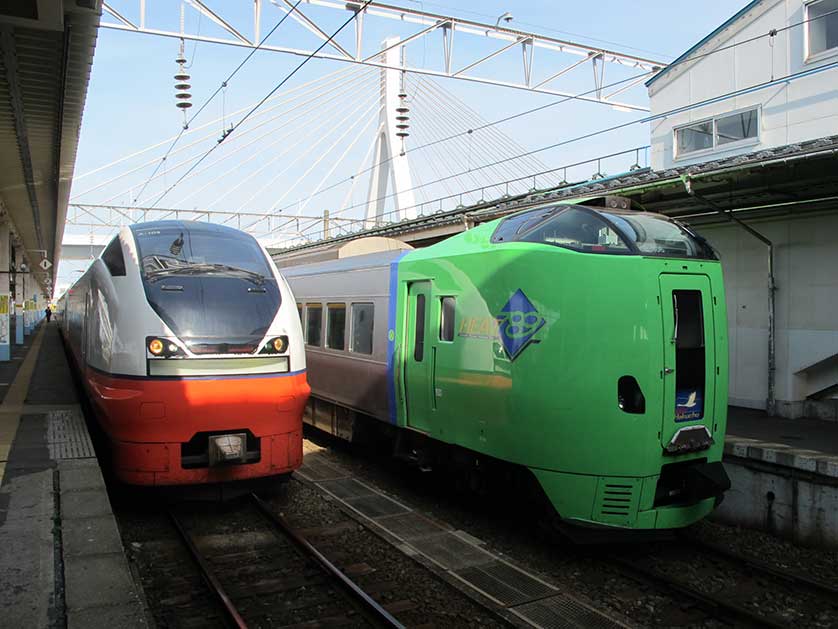 Aomori Station, Aomori, Aomori Prefecture (The Super-Hakucho train on the right has been superseded by the Hokkaido Shinkansen)

JR Aomori Station is on the Ou Main Line for Shin-Aomori Station, Hirosaki Station, Akita Station, Yamagata and Niigata. In addition it is also on the Aoimori Railway Line for Hachinohe and then onto Morioka on the Iwate Galaxy Line from Metoki. The JR Tsugaru Line connects Aomori with Minmaya Station on the Tsugaru Peninsula.

Shin-Aomori Station is the northern terminus station for the Tohoku Shinkansen from Tokyo Station and Ueno Station in Tokyo and the starting point for the Hokkaido Shinkansen to Shin-Hakodate-Hokuto Station in Hakodate (with connections to Hakodate Station) and eventually Sapporo. 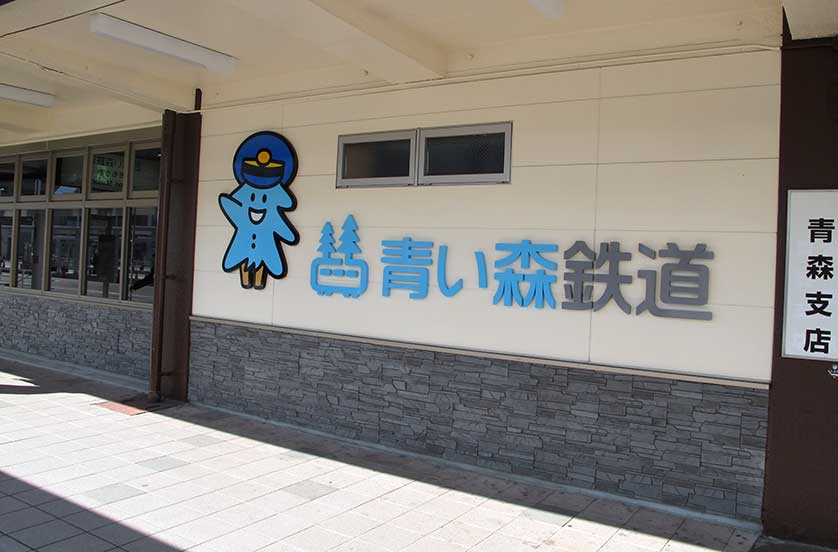 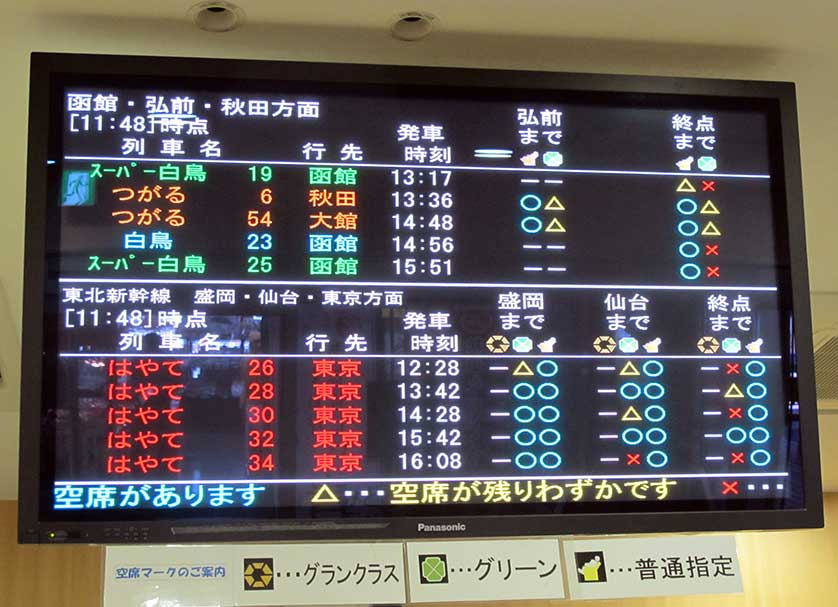 Aomori Station is a highway bus terminus for buses to various destinations in Tohoku and farther afield.

There are buses from Aomori Station to other towns and cities in the Tohoku region with departures to Morioka, Namioka and Kosaka.

Local Aomori city buses and buses operated by Shimokita Kotsu and Konan Bus company depart from outside the station. Taxis congregate in front of the station. 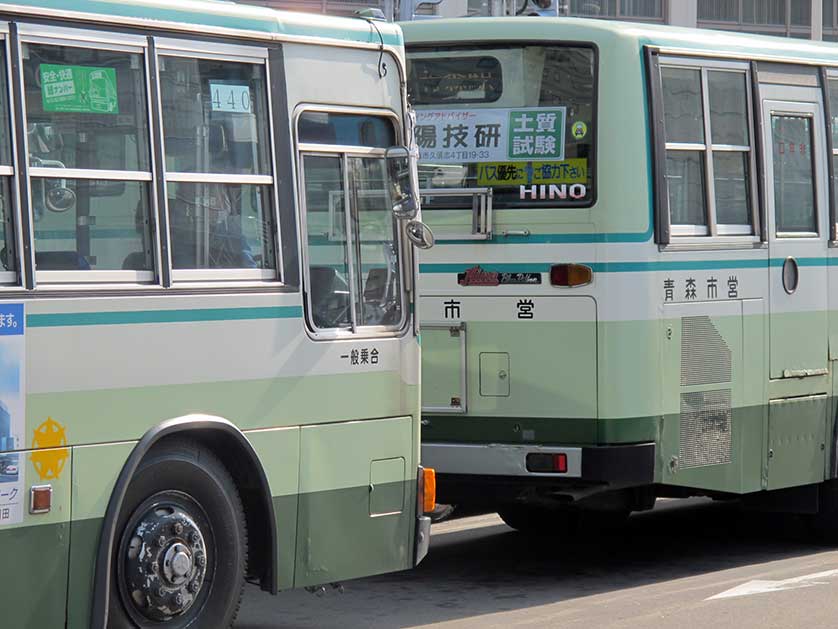 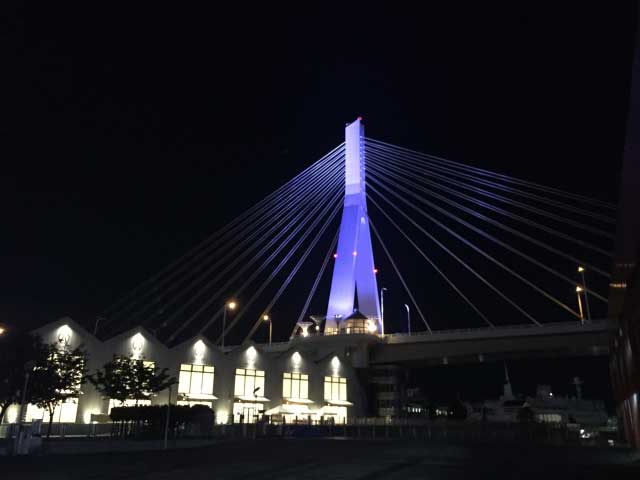 Just outside Aomori Station is the Aomori Tourist Information Center.

The Aomori Tourist Information Center is located in the ASPAM Building nearby.

There are a number of attractions within easy walking distance of Aomori Station including ASPAM, the Memorial Ship Hakkoda Maru, the Auga department store, and the fascinating Wa-Rasse center which celebrates Aomori's Nebuta Festival with displays of the elaborate and colorful paper floats.

Next door to Aomori Station is the five-storey Lovina department store with several tax-free stores, a branch of Starbucks, a Vie de France bakery, and an assortment of fashion and food stores. Adjacent to Lovina is a branch of the Matsumoto Kiyoshi pharmacy and cosmetics chain with a tax free section.

The Auga Festival City department store close to the station has an interesting fish market in the basement with several sushi restaurants. Auga also has a number of stores selling Aomori and Tohoku foodstuffs and souvenirs.

A-Factory under the Aomori Bay Bridge is a market-style mini-mall with workshops producing and selling local products and chic cafes.

See here for a complete listing of hotels in Aomori.