The Midosuji Line (color-coded red) is the main north-south line of the Osaka city subway network and was the first underground line to be constructed in Osaka in 1933 and is the second oldest subway line in Japan after the Ginza Line of Tokyo subway.

The Midosuji Line runs from Esaka Station in the north of Osaka to Nakamozu in the south and has 20 stations.

The main hub stations on the Midosuji Line are:

Esaka Station connects with the the Kita-Osaka Kyuko Railway with trains to Ryokuchi-koen (convenient for the excellent Open Air Museum of Old Japanese Farmhouses in Ryokuchi Park), Momoyama-dai and Senri-Chuo stations in Toyonaka.

Shin-Osaka Station for the Tokaido and Sanyo shinkansen lines and the JR Tokaido Line.

Yodoyabashi Station has onward trains on the Keihan Main Line and Keihan Nakanoshima Line to Oebashi. 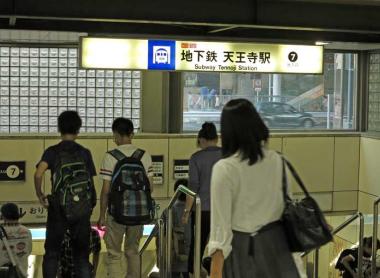 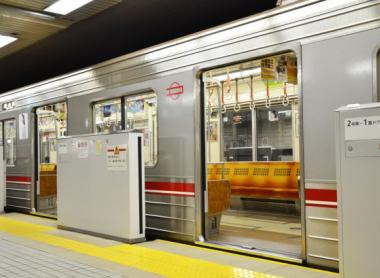 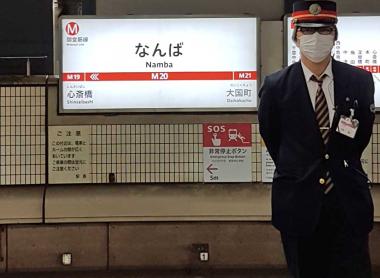 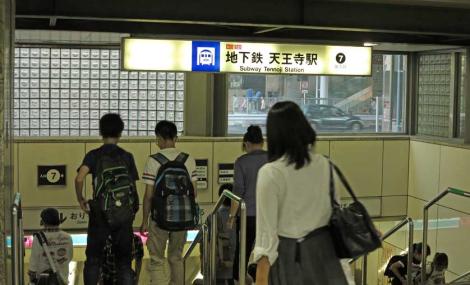 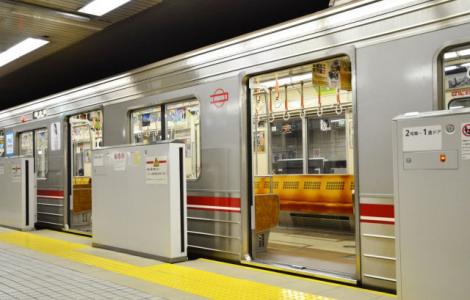 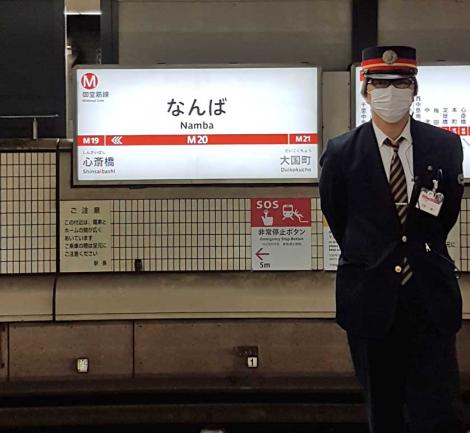 Hommachi Station connects with the Chuo Line and Yotsubashi Line of Osaka subway.

Shinsaibashi is one of Osaka's main shopping and entertainment areas. There are transfers to the Yotsubashi and Nagahori Tsurumi-ryokuchi lines of the Osaka subway.

Daikokucho Station connects with the Yotsubashi Line of the Osaka subway.

Dobutsuen-mae Station has trains on the Sakaisuji Line (and is close to Shin-Imamiya Station for the Osaka Loop Line, Kansai Main Line (Yamatoji Line), Nankai Main Line and the Koya Line). Nearby Shin-Imamiya-Ekimae Station connects with the Hankai Tramway. Attractions near by include Tsutenkaku Tower, Festival Gate Amusement Center, Spa World and Imamiya Ebisu Shrine.

Tennoji Station in Tennoji has connections to the Tanimachi Line, Kansai Main Line (Yamatoji Line), Osaka Loop Line, Hanwa Line, Kintetsu Minami-Osaka Line and the Hankai Uemachi Line tram. The southern terminus at Nakamozu connects with the Nankai Koya Line to the monasteries and temples at Koyasan in Wakayama Prefecture and the Semboku Rapid Railway to Izumi-Chuo.

Showacho Station is fairly close to Momogaike Park in the suburbs of south Osaka with its huge lotus ponds.

Kitahanada Station is across the Yamato River and south of the huge Aeon Mall Sakai Kitahanada.

Shinkanaoka Station in Sakai is west of the large Oizumi Park.

Nakamozu Station connects with the Nankai Koya Line and the Semboku Rapid Railway to Izumi-Chuo Station.

The Kita-Osaka Kyuko Railway Namboku Line is an extension of the Midosuji subway line from Esaka to Senri-Chuo, where it connects with the Osaka Monorail to Osaka Itami Airport and Banpaku-Kinen-Koen.

Trains on the Midosuji Line run from around 5am until midnight, 7 days a week with reduced services at the weekends and public holidays.

The Osaka Municipal Transportation Information Center (Tel: 06 62119503) is located at Namba Station and has detailed information in English on the Osaka subway and city buses and the various travel passes available such as the Kansai Thru Pass.
Hours: Mon-Fri 9 am-7 pm: Sat, Sun & public holidays 10 am-7 pm