How to Avoid Crowded Trains

Tips to travel in Japanese cities

Japan has some of the world's most crowded trains... but how to avoid them? Japan Rail Pass - Available in 7-, 14-, and 21-day passes. Order today!

Japan has some of the world's most infamously crowded trains, particularly the nation's capital, Tokyo. International media has photos of school children and businessmen alike crammed like sardines into train cars, with white-gloved attendants packing them in...
This might be an intriguing image to look at, but it's certainly not something most people want to experience for themselves! Not to worry : most Japanese trains are not nearly as crowded as that.

Here are a few simple trips for avoiding the most crowded of Japanese public transportation.

Schedule wisely : Take a look at the calendar.

Sunday afternoons will be busy, and so will holidays. However, most importantly, plan to travel outside of rush hour (7 am to 9 am is the most intense time, and 5 pm to 7 pm is crowded but slightly less so).

Take advantage of your jet lag to wake up super early and take trains before the morning rush begins. Trains start running around 5 am!

Map your course wisely:  Try to avoid sections that a lot of workers commute to.

According to the transport ministry, the 10 most congested lines in the greater Tokyo area were the Tozai subway line, the Odakyu line, the JR Yokosuka line, the JR Chuo line, the Tokyu Denentoshi line ( to Shibuya), the JR Tokaido Line, the JR Sobu Express, the Chiyoda subway line and the JR Keihin Tohoku Line.

Some maps can also be deceiving to the eyes. A ride two subway stops away could actually be a quick walk, well worth the extra time compared to a rush-hour train. (However, keep in mind that the opposite is also true: some JR Yamanote Lines Stations have almost 2 kilometers between them!)

Platform Location: If you absolutely must travel on a rush hour train, try to board the first or last car of the train.

As a final note, bullet trains do not usually have this kind of intense traffic, but the time before and after the New Year holiday is very, very busy! At that period it is better to do a seat reservation after activating your Japan Rail Pass. 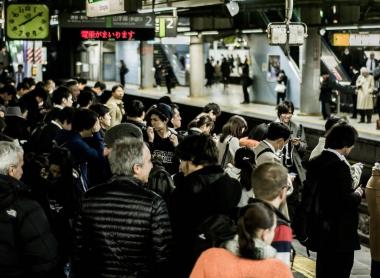 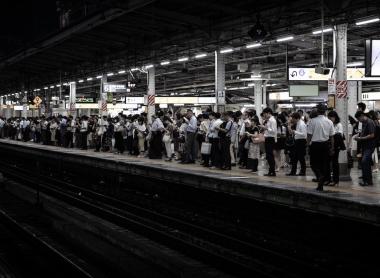 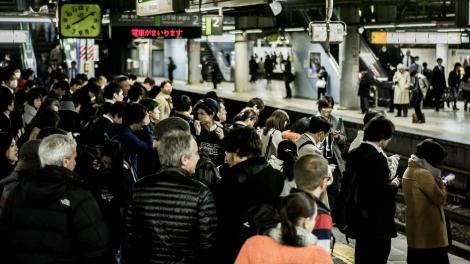 Check out a few of our favorite apps to use when traveling Japan by rail! Order your JR Pass today - available in 7-, 14-, and 21-day passes.