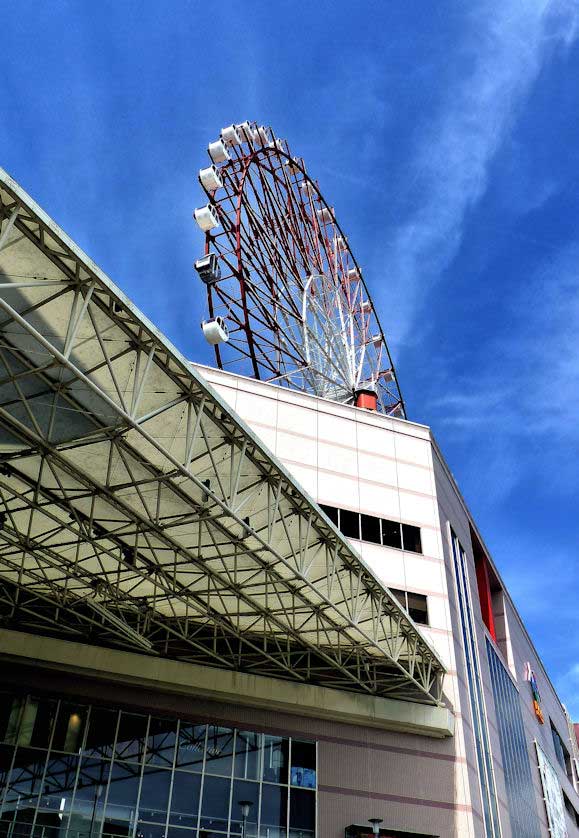 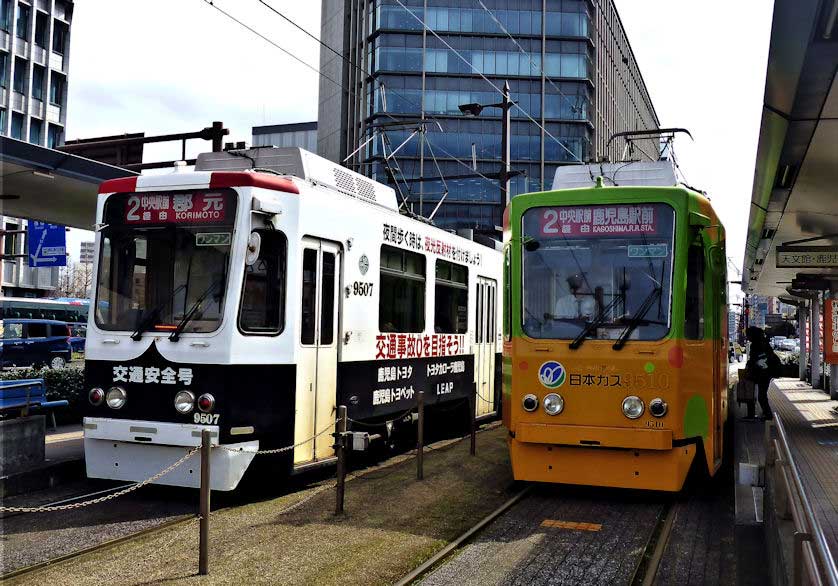 Amu Plaza is the large commercial building housing Kagoshima Chuo Station. It is home to a wide variety of shops and department stores. Amu Plaza also has several restaurants and a cinema.

Divided into two parts, the Premium building is home to pricier, more upmarket establishments. On the roof is a ferris wheel that features some all-glass cars and fantastic views over the city and across to Sakurajima.

The Nippo Line runs via Miyakonojo, to Miyazaki by Kirishima Limited Express in 2 hours 12 minutes. The Hayato no Kaze Limited Express branches off on the Hisatsu Line and passes Kirishima Onsen on its way to Yoshimatsu in 1 hour 43 minutes. 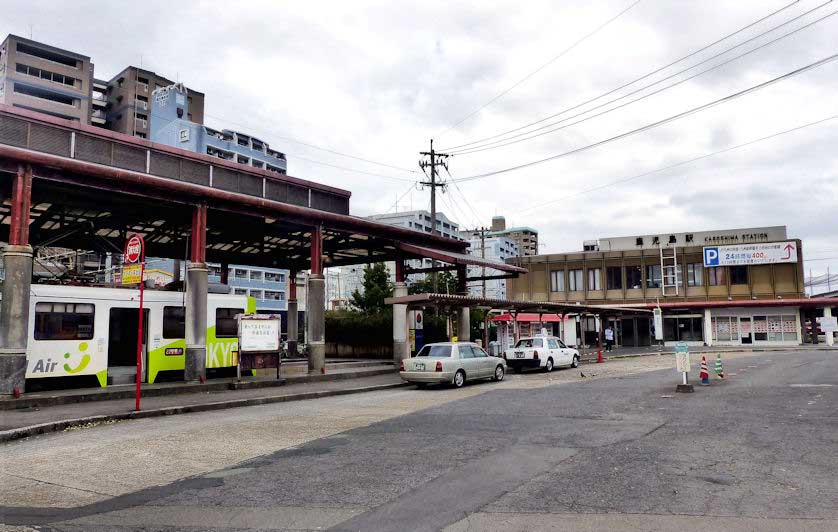 Kagoshima Station, originally the main station for Kagoshima is now looking rather forlorn but is still the northern terminus for the tram lines and convenient for both the aquarium and the Sakurajima ferry

The Ibusuki-Makurazaki Line runs from Kagoshima Chuo Station via Usuki, Ibusuki for Ibusuki Onsen and Shirasawa to Makurazaki on the Satsuma Peninsula. Journey time is 2 hours 30 minutes by regular train.

Three times a day a special tourist train with designer interiors and many unique features, the Ibusuki no Tamatebako, runs between Kagoshima-Chuo and the resort of Ibusuki in 50 minutes. 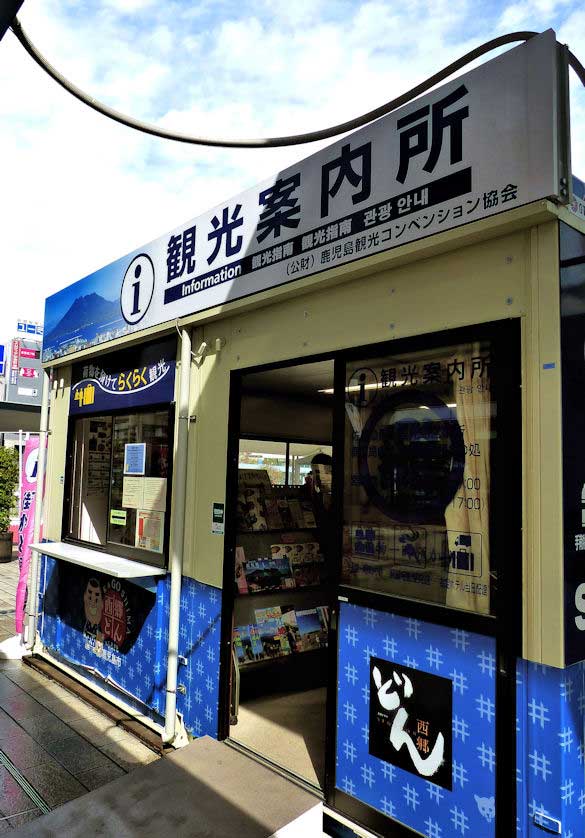 Visitor Information Center just outside the entrance to Kagoshim-Chuo Station

There are long distance highway buses to Fukuoka, Miyazaki, Nagasaki, Oita and Namba in Osaka (overnight, 12 hours). There are also more local buses to Ibusuki, Chiran and Ebino-kogen. 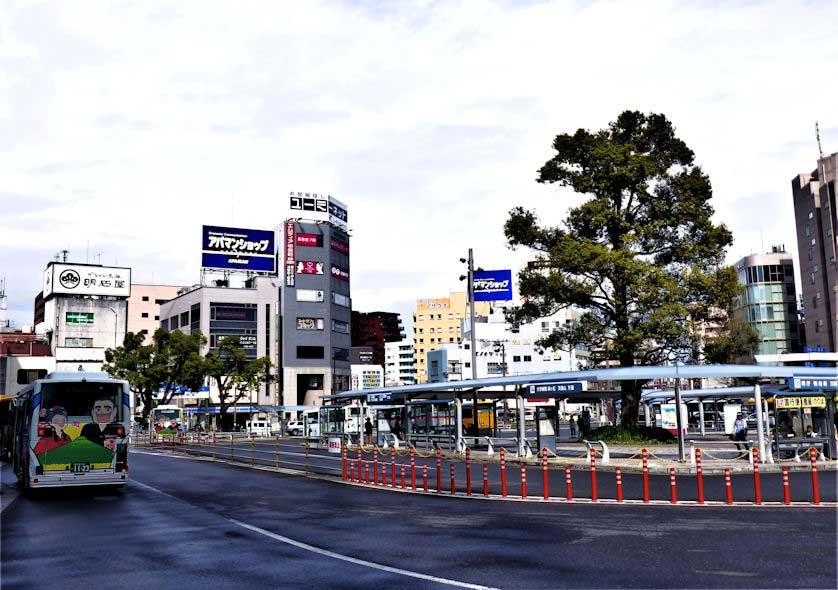 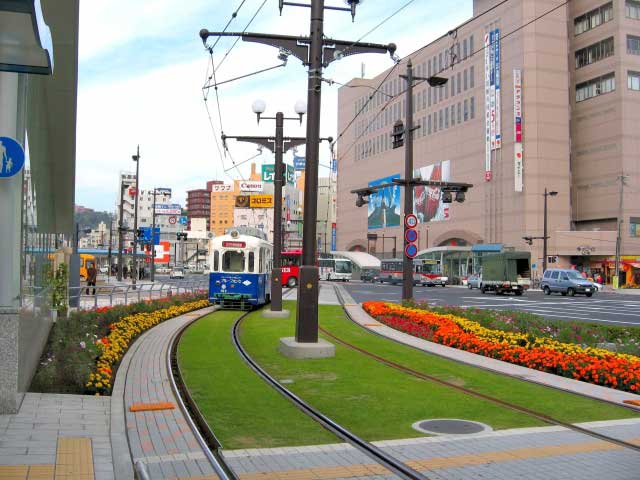 Taxis wait outside the main exit.

Outside Kagoshima Station is a monument to the 19 young men who broke a ban on leaving Japan and sailed to Britain in 1865 with the help of Thomas Blake Glover, a Scottish businessman based in Nagasaki.

Among them were Mori Arinori, later Minister of Education in the Meiji government, Hatakeyama Yoshinari, the first president of Tokyo University and the 13-year-old Nagasawa Kanae, who would later become a wine grower in the USA. 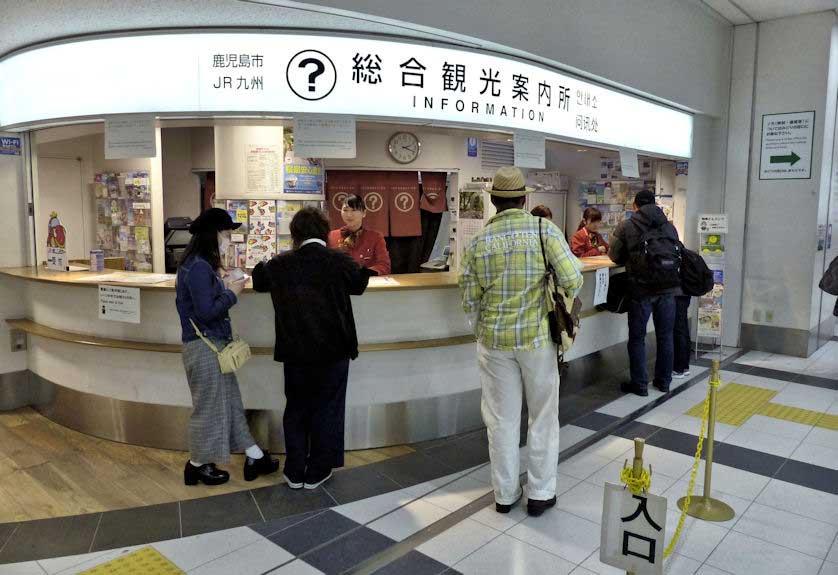 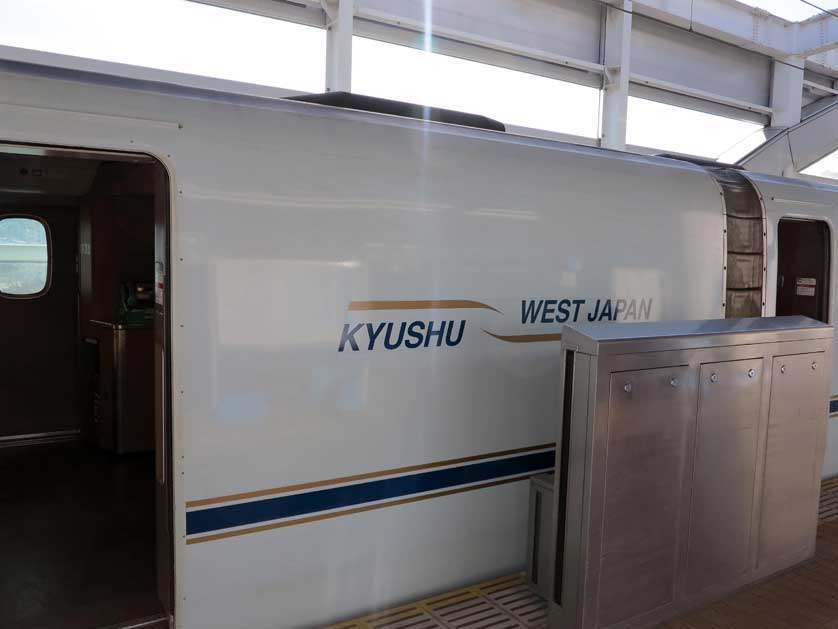 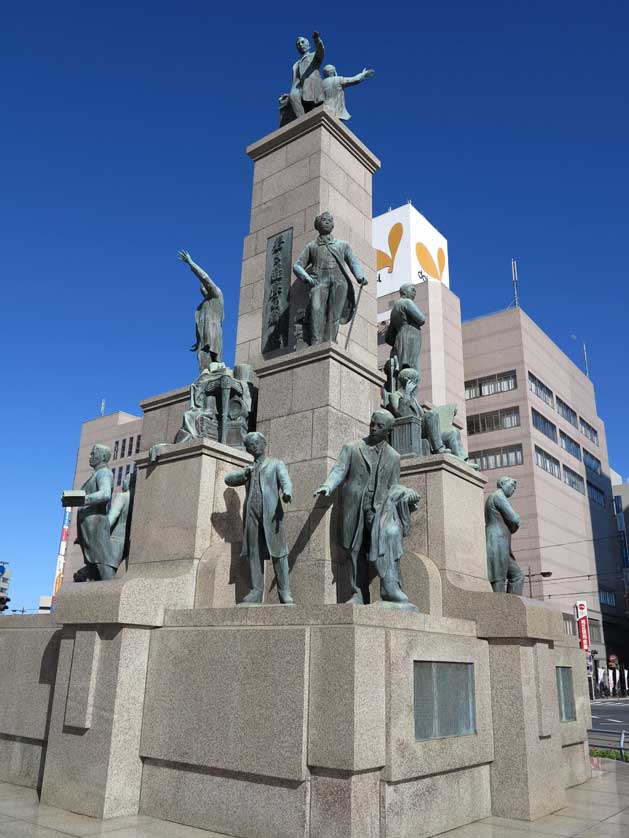