The Sakaisuji Line (color-coded brown) is an Osaka subway line operated by Osaka Municipal Subway running north-south approximately 8km between Tenjimbashisuji Rokuchome in the north west of Osaka to Tengachaya Station in the south west.

The Sakaisuji Line has through trains to the Hankyu Railway Senri Line and Arashiyama Line from Tenjimbashisuji Rokuchome Station. 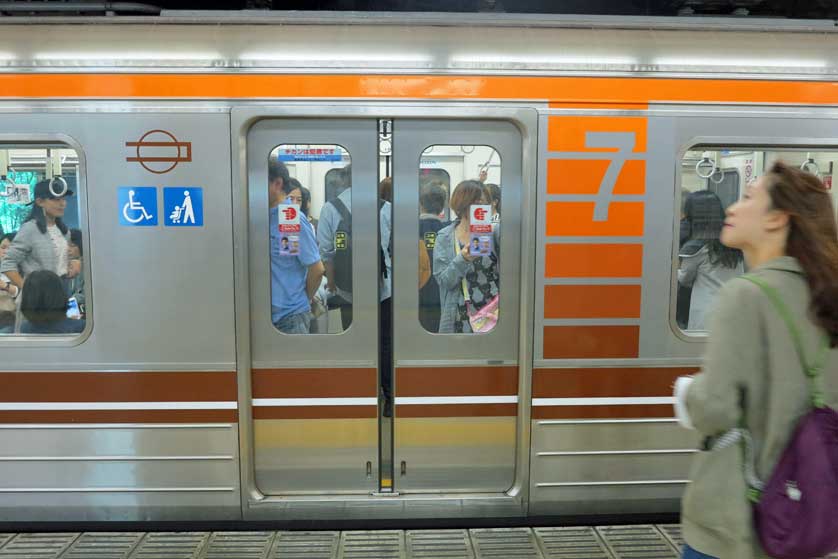 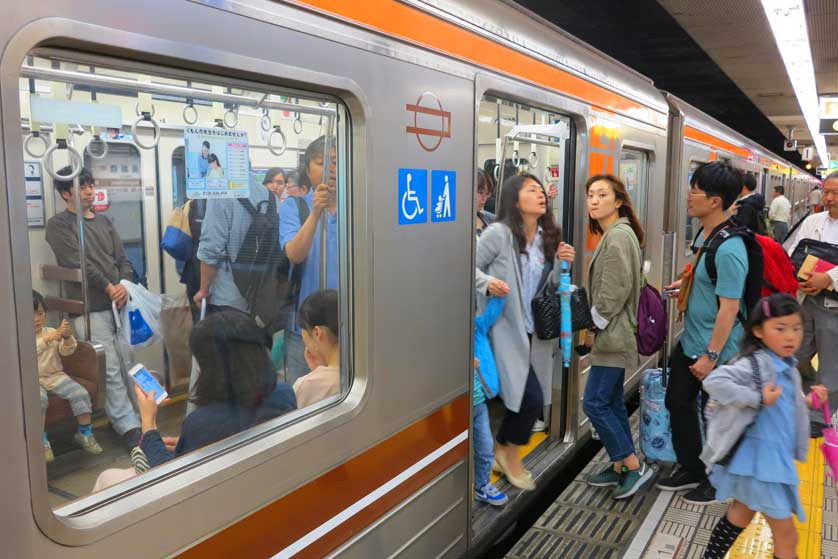 Minami-morimachi Station (南森町; K13) in Kita-ku connects with the Tanimachi Line and JR Tozai Line from Kyobashi to Amagasaki at nearby Osaka-Temmangu Station.

Kitahama Station (北浜駅; K14) in Chuo-ku connects with the Keihan Main Line, between Sanjo Station in Kyoto and Yodoyabashi Station in Osaka and the Keihan Nakanoshima Line at the adjacent Naniwabashi Station. Osaka Tenmangu Shrine is just to the south. To the north is the administrative and cultural district of Nakanoshima. 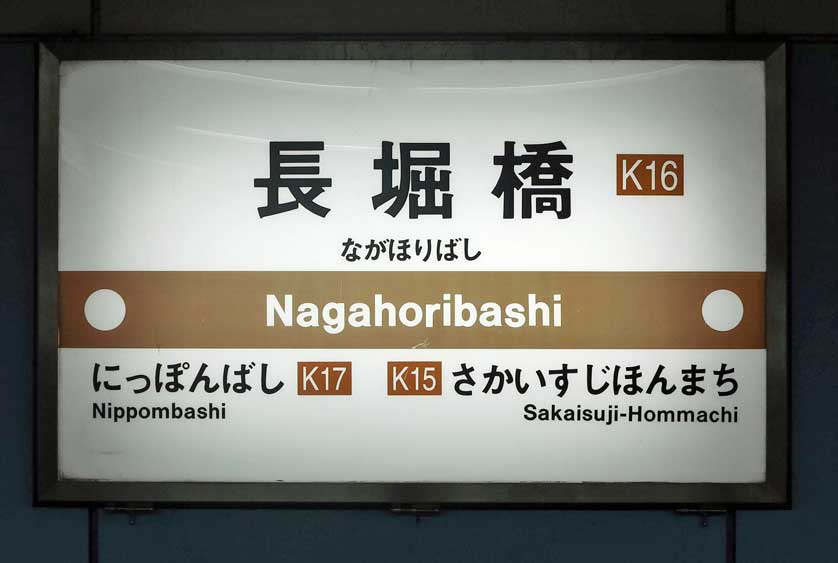 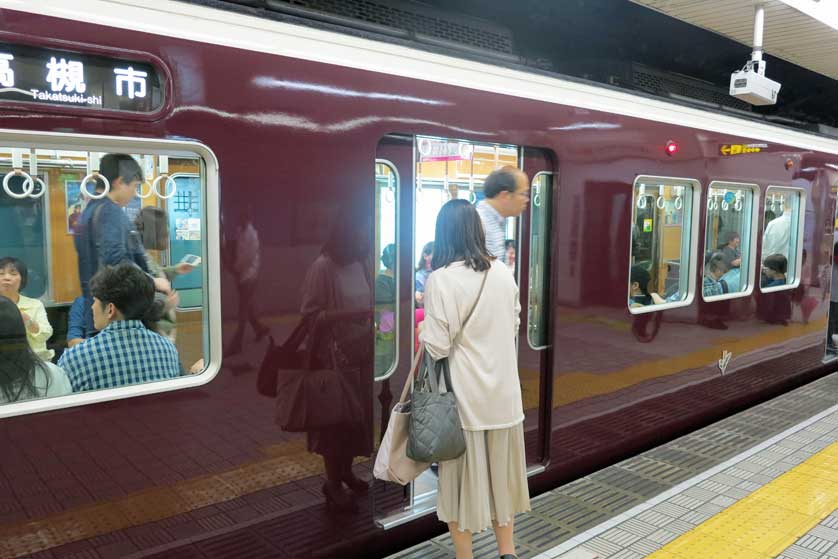 Hankyu Train on the Sakaisuji Line

Dobutsuen-mae Station (動物園前; K19) connects with the Midosuji Line, the Osaka Loop Line (at nearby Shin-Imamiya Station), the Kansai Main Line (Yamatoji Line), the Nankai Main Line to Rinku Town and Kansai Airport, the Nankai Koya Line to Koyasan (all at Shin-Imamiya) and the Hankai Line to Sakai at Minami-Kasumicho.

Dobutsuen-mae is as its name suggests close to Osaka Zoo in Tennoji Park, which also contains the Osaka City Museum of Fine Arts. The interesting Isshinji Temple is also near by. Dobutsuen-mae and Ebisucho stations are both close to the Shinsekai district with the Tsutenkaku Tower a prominent landmark.

Tennoji Station and Abeno Station are a little to the east with Harukas, Japan's tallest building at 300m and Abeno Q's mall the main attractions. 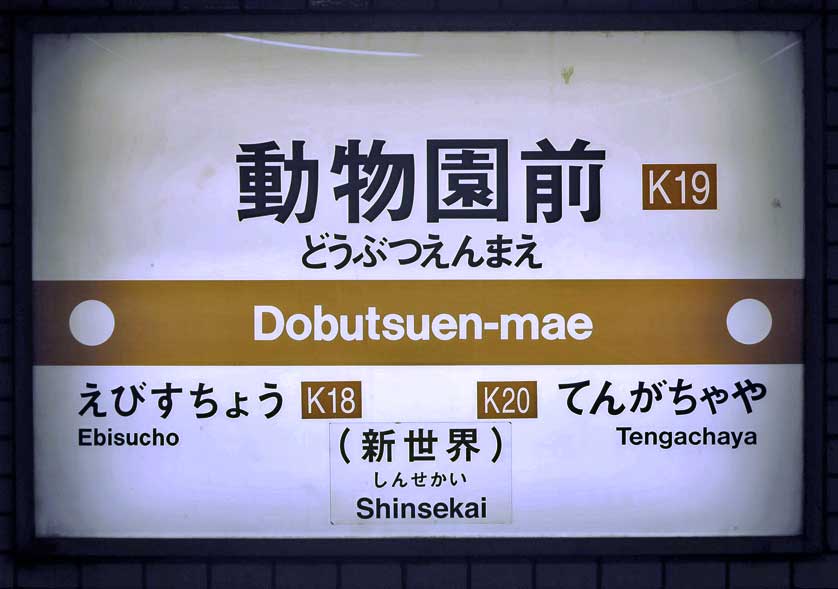 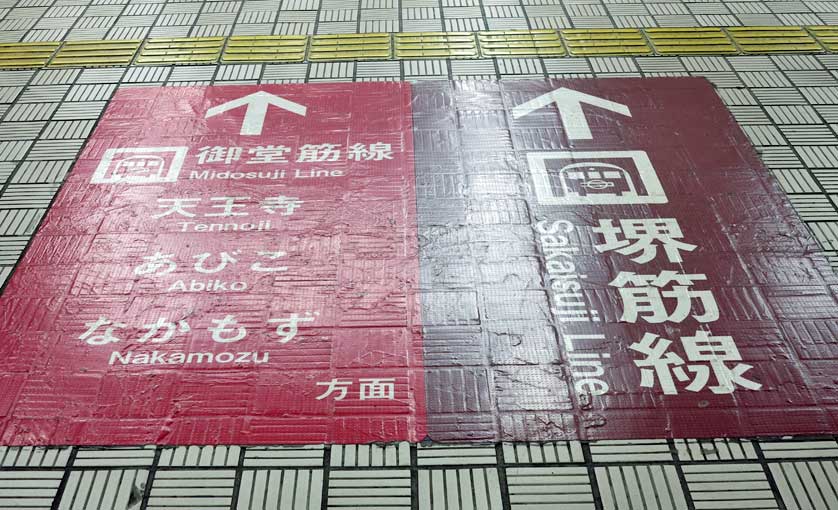 Trains on the Sakaisuji Line run from around 5am until midnight, 7 days a week with reduced services at the weekends and public holidays.