Tottori Station is the main station serving Tottori city, the capital of Tottori Prefecture - the least-populated prefecture in Japan.

It is operated by JR West and is on the San-in Main Line which runs from Kyoto Station in Kyoto to Shimonoseki at the western tip of Honshu.

The San-in Main Line follows the scenic Japan Sea coast for much of the way.

The Inbi Line runs south to Tsuyama and on to Okayama Station in Okayama. From Chizu on the Inbi Line a private railway, the Chizu Express Railway operates just one line from Chizu to Kamigori in Hyogo. 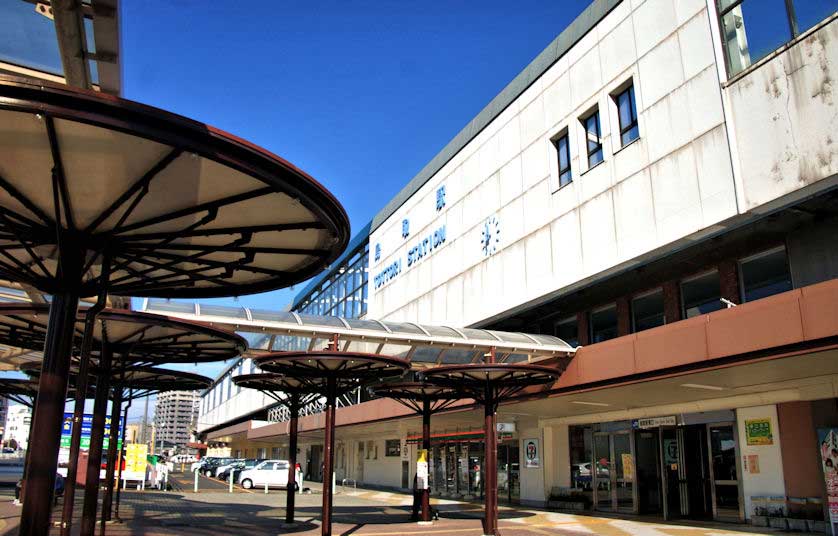 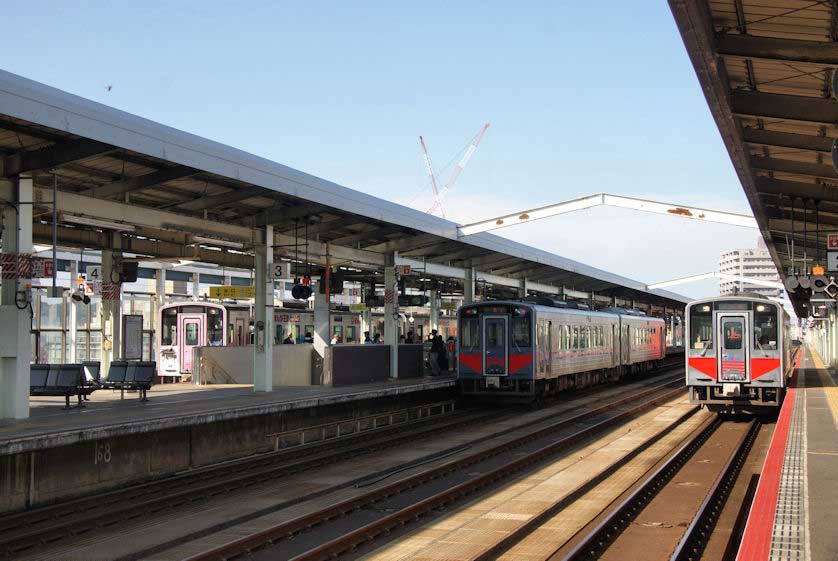 The platforms at Tottori Station

From Tottori running west on the San-in Line there are several Limited Express trains that operate. The Super Hakuto goes as far as Kurayoshi, the Super Matsukaze as far as Masuda in Shimane and the Super Oki all the way to Shin-Yamaguchi Station in Yamaguchi.

Only local trains run east from Tottori on the San-in Line, passing through the UNESCO registered Sanin Kaigan Global Geopark, reaching Hamasaka in 45 minutes, Kinosaki Onsen in 120 minutes, Toyooka in 125 minutes, and Fukuchiyama in 200 minutes.

Heading south on the Inbi Line are two Limited Express trains, the Super Inaba runs to Okayama in 105 minutes, and the Super Hakuto to Kyoto reaching Himeji in 90 minutes, Shin-Osaka Station in 150 minutes, and Kyoto in 175 minutes.

At Tottori Station there are several tourist/designer trains you may see. The luxurious touring train the Twilight Express Super Mizukaze passes through, and the new Ametuchi originates here on its way to Izumo.

You may also catch a glimpse of the Conan Train, a Rapid Express decorated with figures from the famous manga series character Detective Conan which was created by a local man, Gosho Aoyama, from Tottori. 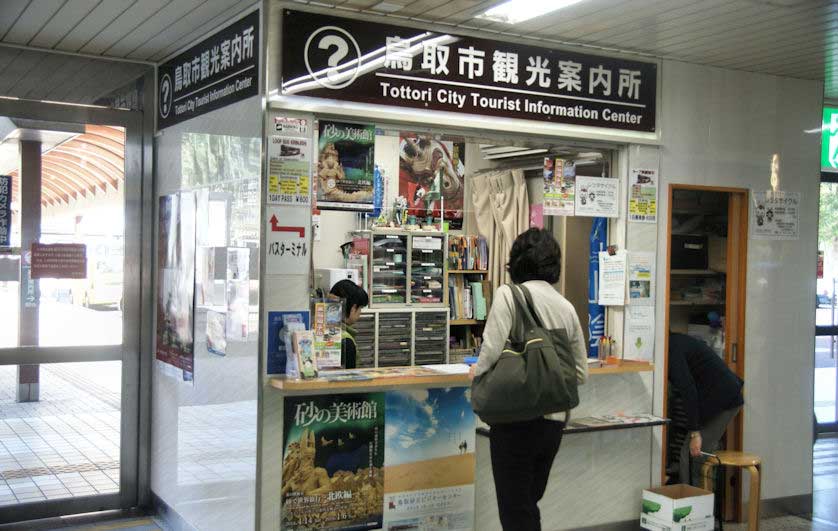 The main entrance of the station is the north entrance. Near the north entrance is a small Tourist Information Kiosk that can help with information and assistance. Alternatively just outside the door and 100 meters to the right is the much larger International Tourist Support Center with much more information and pamphlets in several languages, as well as help arranging guides. Both are open from 8.30 am to 5 pm.

Outside the north entrance to the left is the bus station with many local buses including the ones to the Tottori Sand Dunes. Tottori's bus station also has long distance buses and the Airport Limousine which goes to both the nearby Tottori City Airport known as the Tottori Sand Dunes Conan Airport, and the Miho Yonago Airport. On weekends and holidays the 100 yen Kirinjishi Loop Buses, that visit most tourist spots including the sand dunes, stops at the station.

The south entrance is not so busy but quite a few hotels are located nearby. 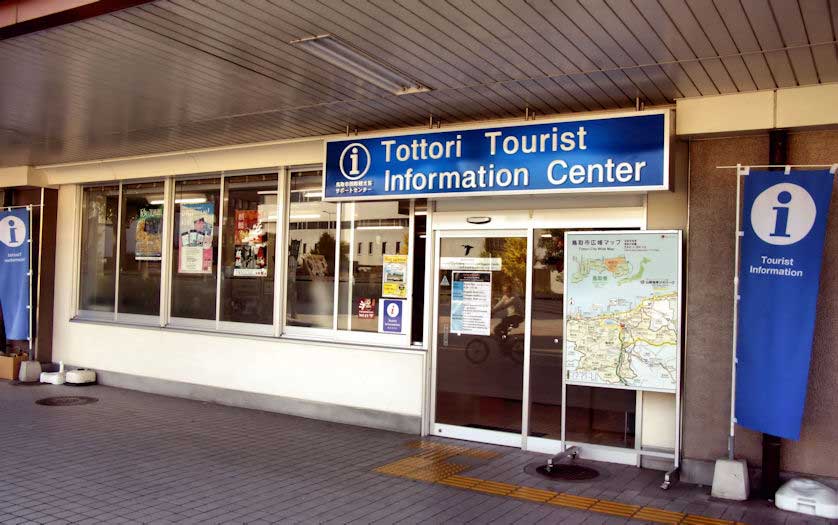 Something different is Kansuitei Kozeniya a traditional Japanese ryokan inn near Tottori Station that offers both futons and beds in spacious, tranquil Japanese-style rooms. Being an inn, food is an integral part of the hospitality, and Kansuitei Kozeniya has a reputation for fine Japanese cuisine. Friendly, attentive service, and includes all the mod cons you'd enjoy in a regular hotel. 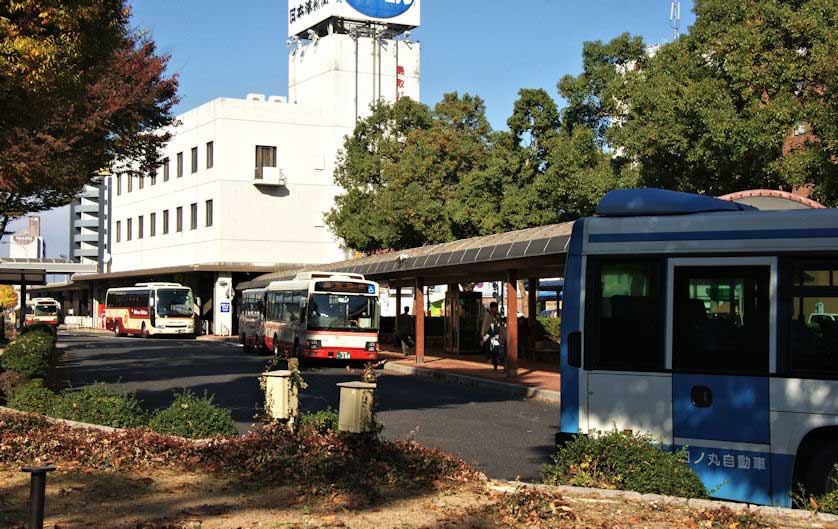 Bus station at the north side of Tottori Station

Tottori Station is the main railway station serving Tottori city, the capital of Tottori Prefecture. There are trains on the San-in Line and Inbi Line.