Aso Boy Trains: Since 2011 the Aso Boy limited express train has been running, not surprisingly considering its name, to and from Mount Aso, the massive volcano in the middle of the island. At present it runs from Beppu and Oita to Aso.

Designer trains, trains that may or may not have decorative exteriors, but do have unusual interior layouts, can be found all over Japan.

But without a doubt Kyushu is where most of such trains are located.

Since 2011 the Aso Boy limited express train has been running, not surprisingly considering its name, to and from Mount Aso, the massive volcano in the middle of the island.

Its normal route is from Kumamoto city to Miyaji, and it operates on weekends and national holidays. However, since 2017 it now operates on the opposite side of Kyushu and runs from Beppu and Oita city up to Aso.

Once the damage from the 2017 earthquake is repaired it is expected that the Aso Boy will revert to its original route, but no date has been set for that yet. 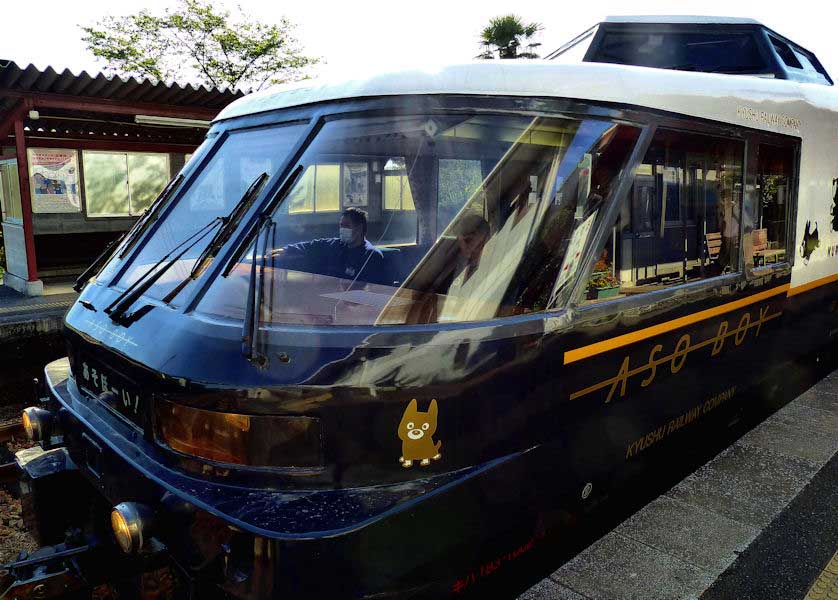 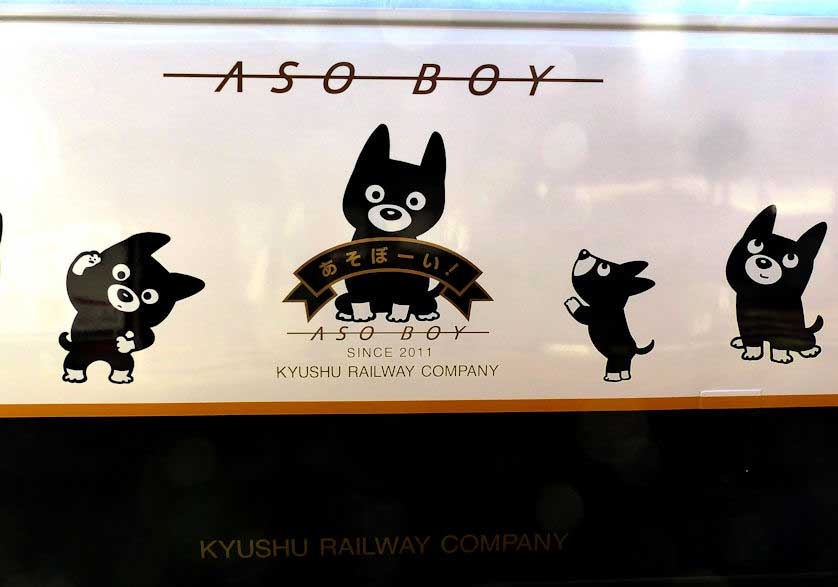 The trains mascot is a small black dog named Kuro, somewhat like the name "Blackie" in English. The exterior has more than 100 illustrations of Kuro in different poses and he also appears on the interior.

Each end of the four-car train is an observation car with panoramic windows to appreciate the view.

There is regular seating, but also several semi-open compartment areas with four seats sharing a table.

There is also a lounge area with a large sofa and bench seats facing towards the windows.

The unique car though is the Kuro car which is geared towards kids and families. The seating arrangement is unique with pairs of seats, one for an adult and one for a child. The child's seat is always a window seat.

Furthermore, there is a play area that includes staff to watch over the kids, a small library corner with children's books including some with Kuro stories, and a cafe selling snacks as well as merchandise. There is also a "pool" filled with wooden balls for the kids to enjoy.

More details and full timetables can be found here www.jrkyushu.co.jp/english/train/asoboy.html 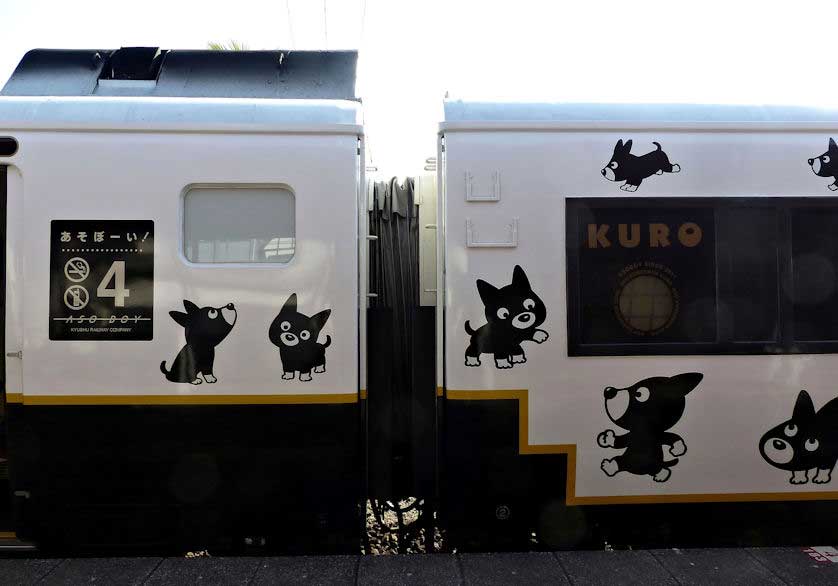 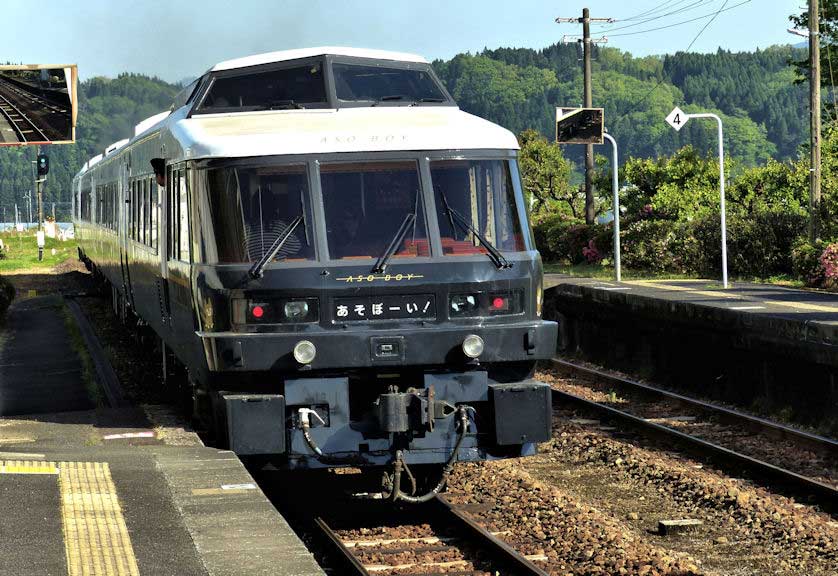