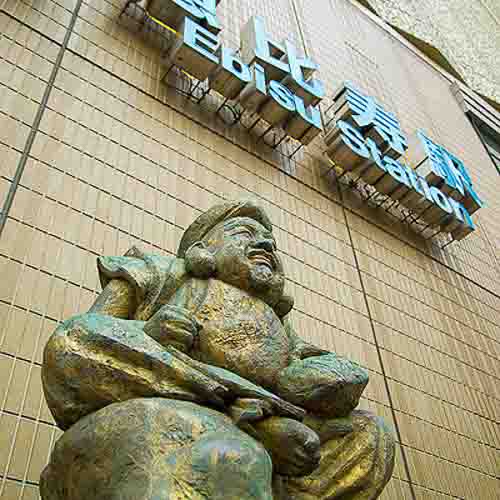 Ebisu Station in Shibuya ward, Tokyo, is in the middle of the Ebisu neighborhood, historically associated with a brewery, and well known today for its culinary culture, with numerous bars and restaurants around, most notably represented by the nearby Yebisu Garden Place cultural, shopping and dining complex, and the colorful, varied line-up of restaurants and stores that is Ichibankai, near the West Exit.

Ebisu Station is named after Yebisu Beer, which had a large brewery in the area in the early 20th century, operated by what is now Sapporo Breweries (and now the site of Yebisu Garden Place). A freight station built in 1901 to serve the brewery was called Yebisu Station. Then five years later, a passenger station was opened nearer to Shinjuku and was also called Ebisu Station: a case of a place name deriving from a brand name. 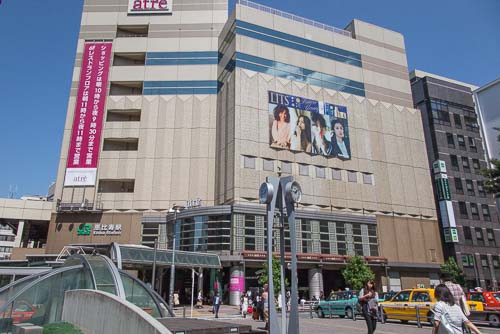 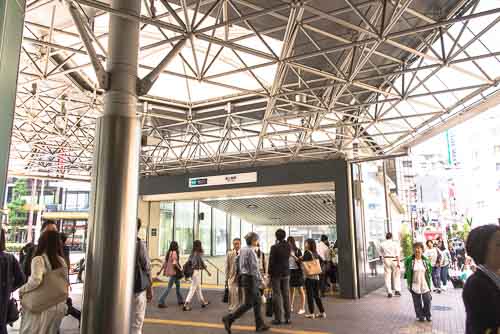 JR Ebisu Station has two exits: East and West. The West Exit leads to the entrance of Ebisu Station on the Hibiya Subway Line. There is a taxi stand outside the East Exit.

JR Ebisu Station is on the ground floor of the 7-floor Main Building of the Atre Ebisu shopping center. Internal access between the East and West exits is possible by going upstairs to and through Atre Ebisu. Atre Ebisu's new West Wing, opened in 2016, is accessible from the Main Building.

Yebisu Garden Place is connected to Ebisu Station from the East Exit via the covered Yebisu Sky Walk. 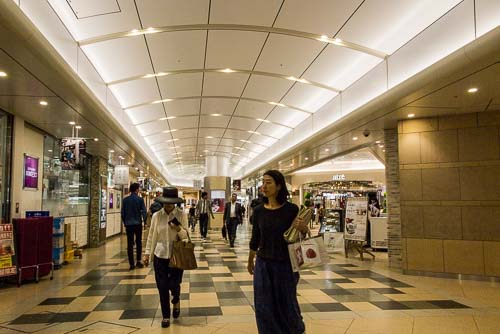 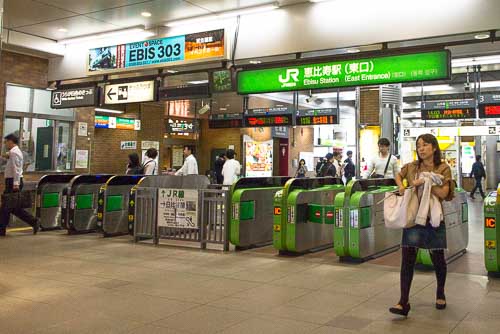 Yebisu Garden Place is the major attraction near Ebisu Station, connected via the East Exit and includes the Michelin 3-star Joel Robuchon Restaurant.

There are a lot of restaurants around both the East and West exits of Ebisu Station, especially the West Exit.

Ichibankai is a street that starts at Ebisu-ekimae intersection, just outside the West Exit, and continues for 200 meters to Ebisu Nishi 1-chome intersection. It is a fun jumble of stores, bars and restaurants, and caters to a wide range of tastes, from trad to trendy. A walk down here is a good introduction to the many other bars and restaurants that dot the whole area.

The luxurious The Westin Tokyo, and the somewhat more reasonably priced Tokyu Stay Shibuya Shin-Minamiguchi are near Ebisu Station. 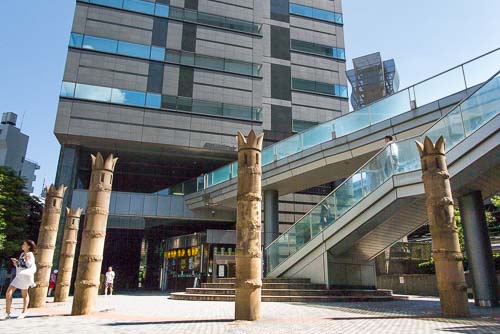 Ebisu Station on the JR Yamanote Line in Tokyo is the gateway to the huge Ebisu Garden Place culinary complex and numerous other dining opportunities around the station.