From Limited Express to Local Train

What's the difference between limited express and super express? We explain it all here. Buy your Japan Rail Pass today for access to every kind of train in Japan.

Japanese trains are extremely efficient and fast, and a major part of their efficiency is due to all the different kinds of express trains! Here is a quick break-down of the names and types of trains you might see when you travel with your Japan Rail Pass.

The shinkansen is well-known worldwide. It's the fastest way to travel by train! It's probably a good idea to know both the word bullet train as well as the Japanese name, the "shinkansen."

The next fastest train is called the tokkyū, or limited express. Its speeds don't approach that of the shinkansen by a long shot, but it stops at only the biggest, most often-used stations, so its the fastest of the normal speed trains.

The "kyūkō" express train stops at a few more stations than the limited express. Be sure to check maps in the station or Hyperdia online to check which trains go to your destination !

Kaisoku means rapid train, but consider it as a semi-express. This train will not stop at every station, but it will definitely stop at more than an express.

A "futsū" train will stop at every station. If your destination is only reachable by local train and you're comfortable changing trains, you can do as the Japanese do and cut down your train time: ride an express as far as possible without passing your destination, then hop on a futsū from there! 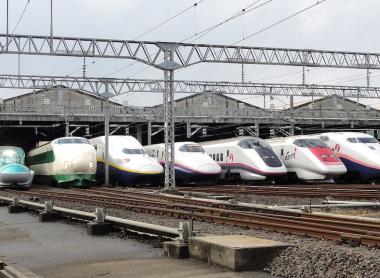 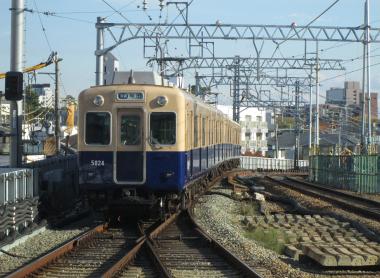 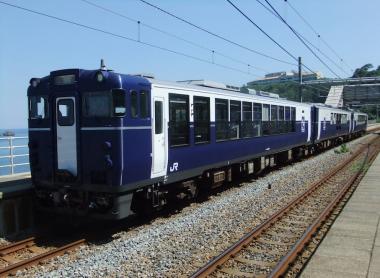 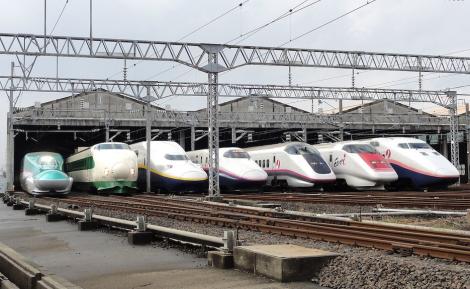 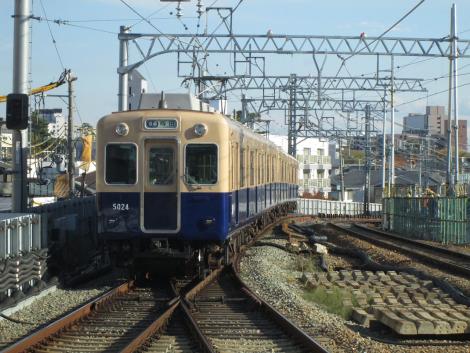 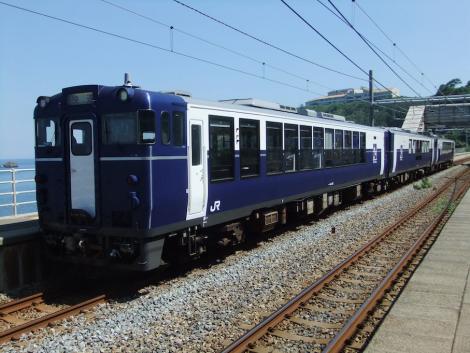 Check the map on the train platform

These different kinds of express trains may sounds a little confusing, but every Japanese train line will have an express train map on every train platform.

If you're not sure what the fastest train you can take is, this map will be really helpful!