JR Nara Station in Nara, is the main point of rail access to this historic city, along with nearby Kintetsu Nara Station. 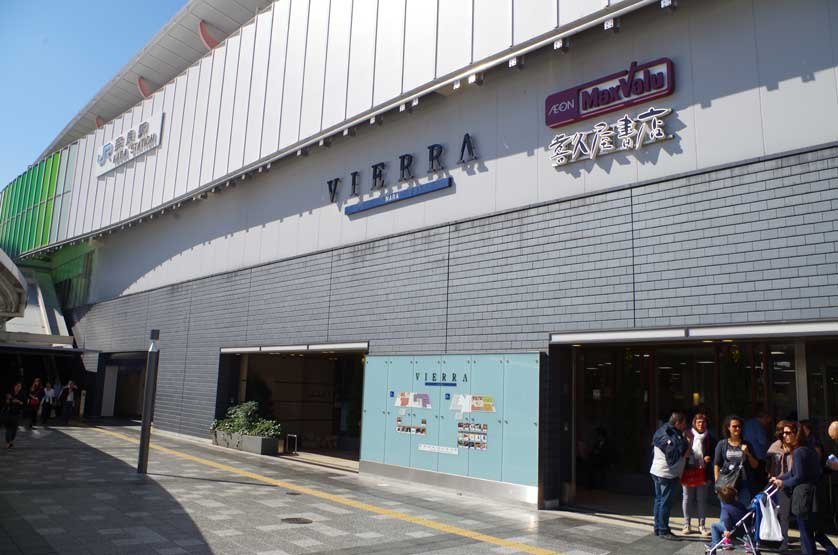 The Sakurai Line (Manyo-Mahoroba Line) has trains to Tenri, Sakurai and Takada.

The Katamachi Line (aka Gakkentoshi Line) connects Kizu Station in Kyoto Prefecture with Kyobashi Station in Osaka. Some trains on this line terminate here from Kizu in the morning and late evening. 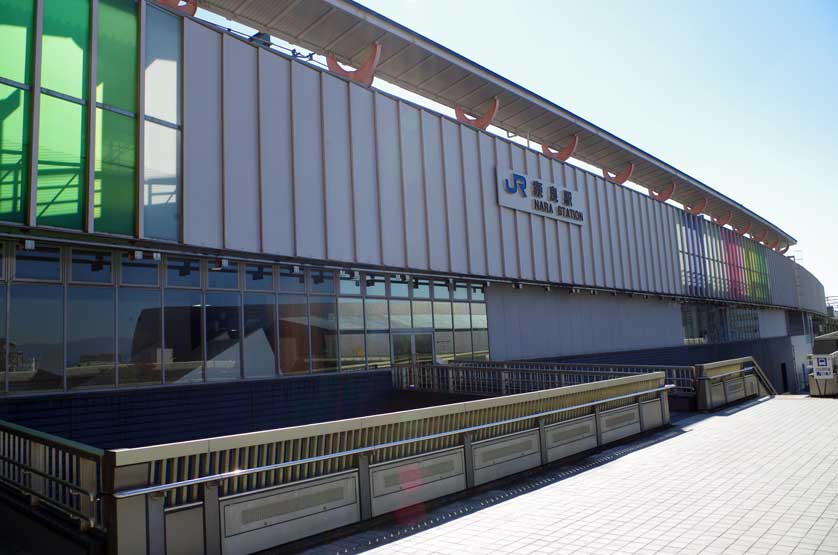 Within JR Nara Station is entrance to the Vierra department store which has a nice range of both modern and traditional Japanese souvenirs including sake from Nara Prefecture, pickles, green tea, dolls, soft toys and cosmetics including washi paper face cleaners known as aburatorigami, something of a Nara specialty. 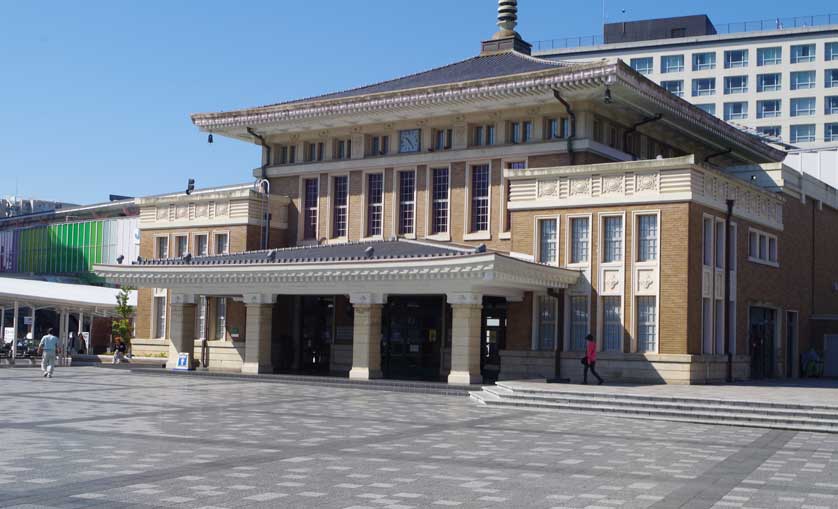 JR Nara Station is a major hub for both local buses in Nara and long-distance highway buses.

From the east side of Nara JR Station the yellow Nara City Loop Line Bus runs clockwise (Bus #2) and anticlockwise (Bus #1) passing close to such sites as Nara Park, Todaiji Temple, Kasuga Taisha Shrine and Gangoji Temple in the Naramachi district, the old merchant quarter. Also from the East Exit, buses #50, #82 and #92 pass Kofukuji and the Nara Hotel before going south to Tenri. Bus #51 goes to Shimoyama and #53 to Kubonosho.

There is an Airport Limousine Service to both Kansai International Airport (KIX) and Itami. The journey to KIX takes about 90 minutes and costs 2,050 yen; to Itami is 75 minutes and 1,480 yen.

Inside JR Nara Station, with the roof recalling the temple architecture of the city 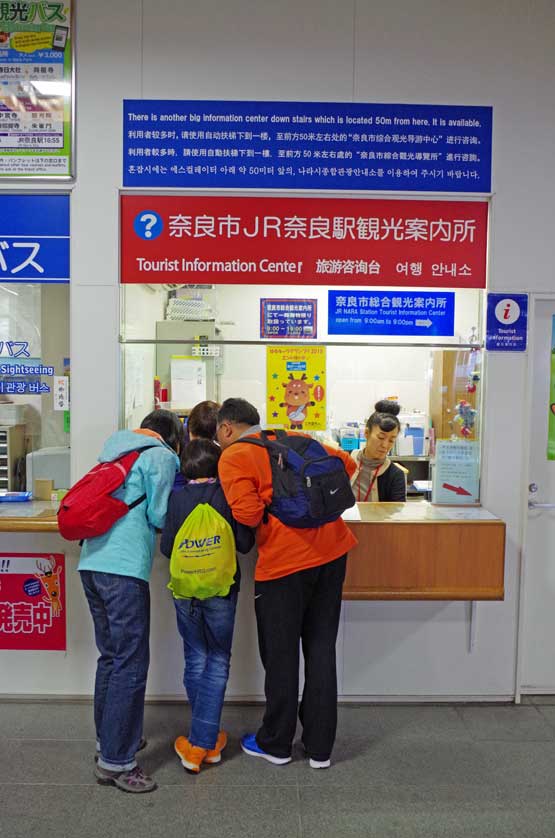 As previously mentioned the Vierra department store is an excellent place to pick up a range of Nara-themed products and get something to eat. There are a number of good restaurants here (udon, an izakaya, MOS Burger) as well as a MaxValue supermarket if you want to pick up a picnic.

At the East Exit is the grand building of the Nara City Tourist Information Center whereas at the West Exit is the Silkia Nara event hall and the Nara Centennial Hall 100, a multi-use space incorporating two auditoriums that can be used for concerts, plays and events, a gallery and restaurant.

There are a number of hotels around JR Nara Station. There are two Super Hotels, Super Hotel Lohas JR Nara and Super Hotel JR Eki-mae. Also close to the station are Sun Hotel Nara, the Comfort Hotel Nara and the 4-star Hotel Nikko Nara part of Silkia Nara. 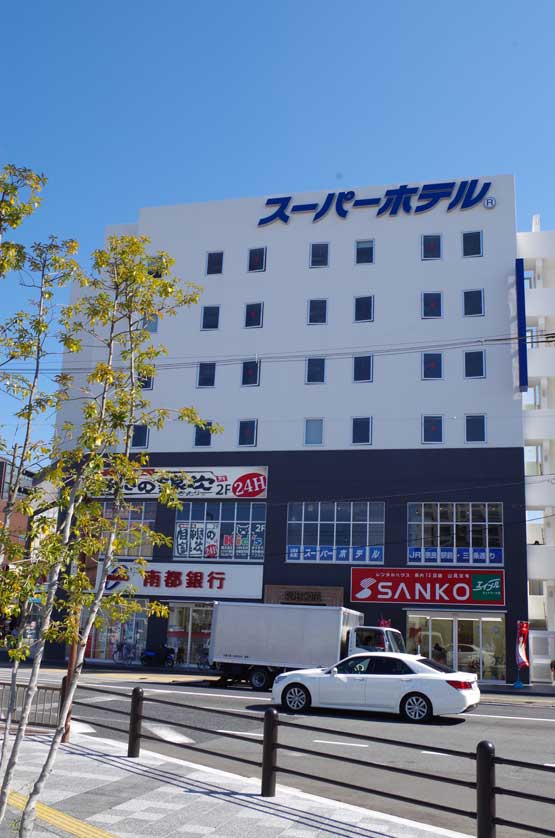 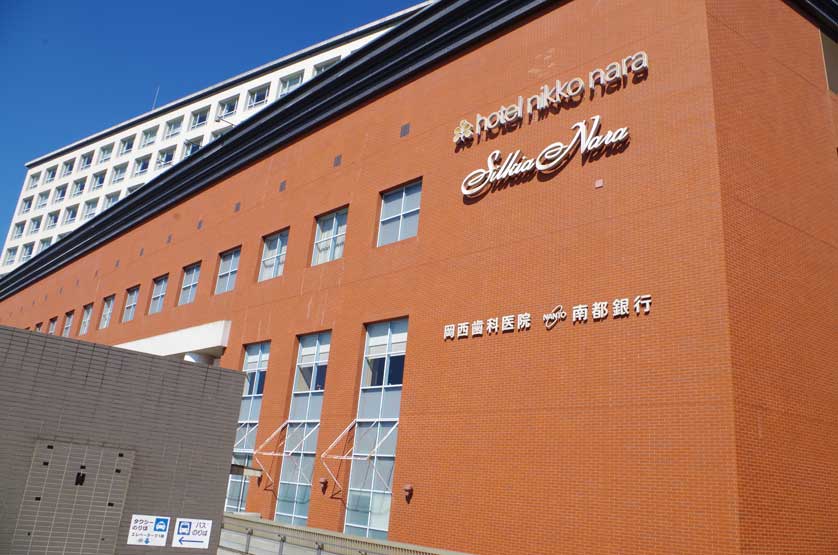