Osaka Monorail at 21km was once the longest monorail in the world and runs from Osaka Itami Airport to Kadoma via Banpaku-Kinen-Koen.

Until 2005, when it was surpassed by the monorail in Chongqing, China, the Osaka Monorail was the longest monorail in the world with a length of just over 21 kilometers. 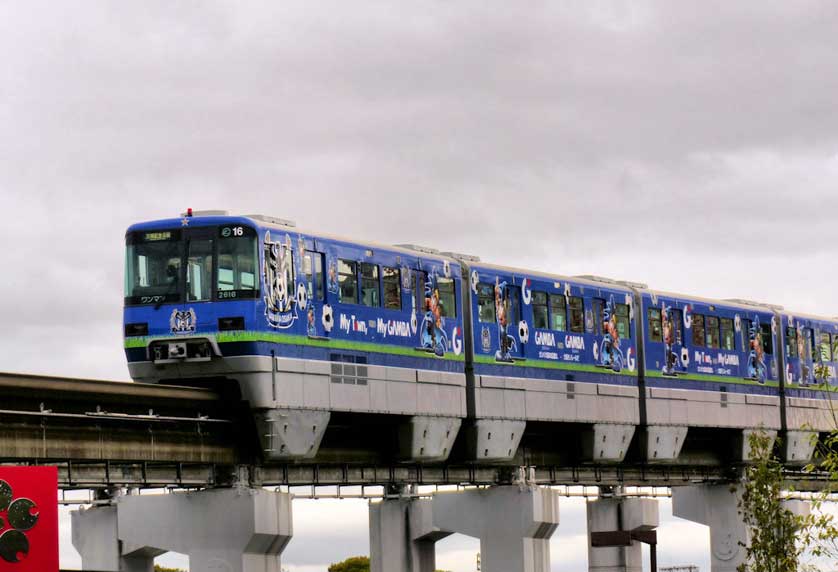 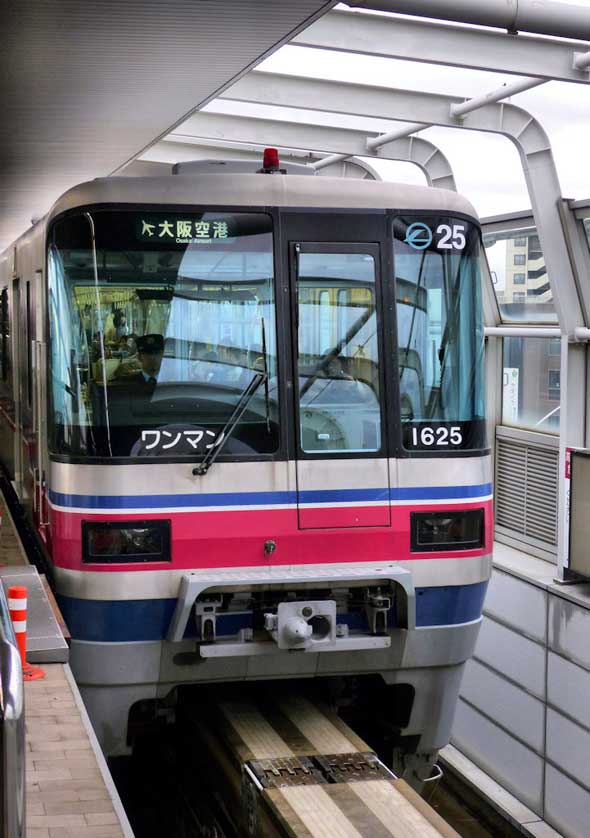 The first section between Senri Chuo and Minami Ibaraki opened in 1990, and in 1997 the line was completed from Osaka Airport in Itami to Kadoma, north east of central Osaka. The 21 kilometer journey takes 35 minutes. A branch line running from Banpaku Kinen Koen to Saito Nishi was completed in two stages. First to Handai-byoin-mae in 1998 and on to Saito in 2007. The network has a total of 18 stations, with some having connections to either the Osaka subway or other rail lines. 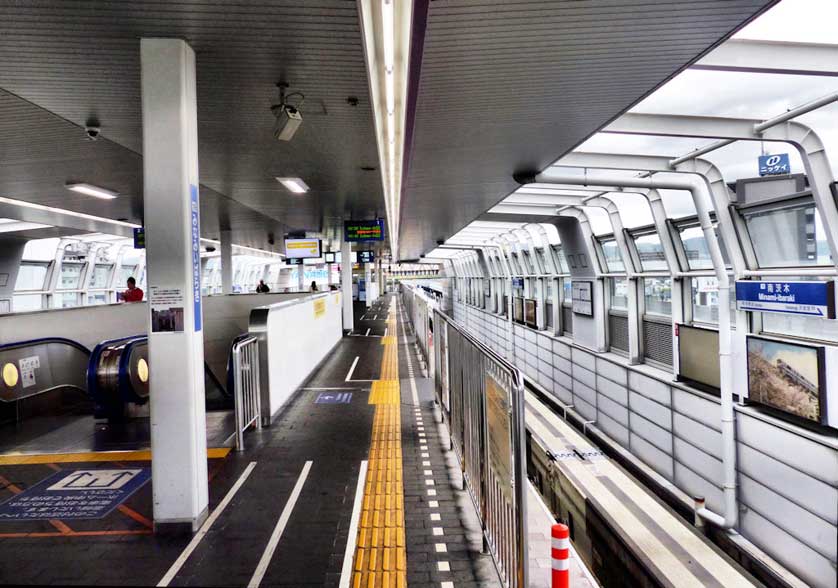 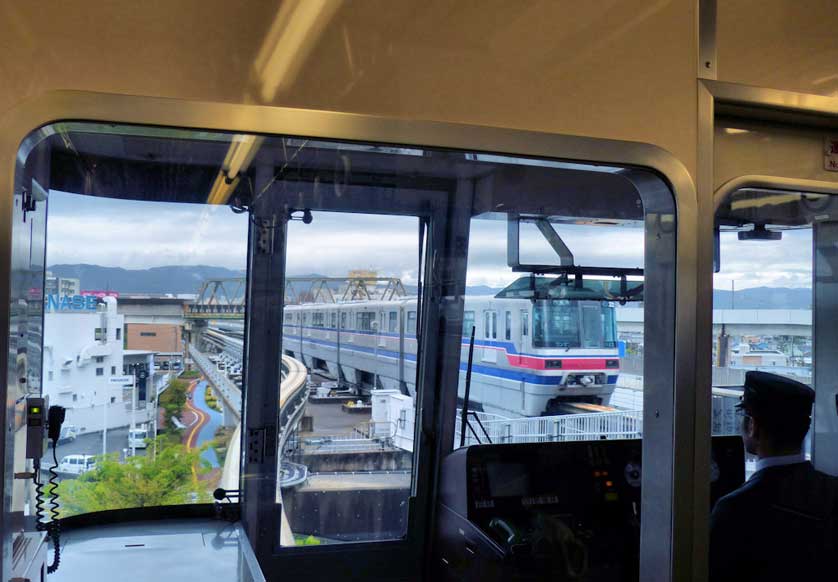 Hotarugaike - connects with the Hankyu Takarazuka Line for Umeda Station and Takarazuka.

Senri-Chuo - connects with the Kita-Osaka Kyuko Railway Namboku Line which is an extension of the Midosuji subway line from Esaka.

Yamada - connects with the Hankyu Senri Line from Tenjimbashisuji Rokuchome to Kita Senri.

Minami-Ibaraki - connects with the Hankyu Kyoto Line running between Umeda Station and Shijo Kawaramachi Station in Kyoto with stops at Saiin, Omiya and Karasuma Hankyu stations in Kyoto.

Kadoma-shi - connects with the Keihan Main Line between Sanjo Station in Kyoto and Yodoyabashi Station in Osaka. 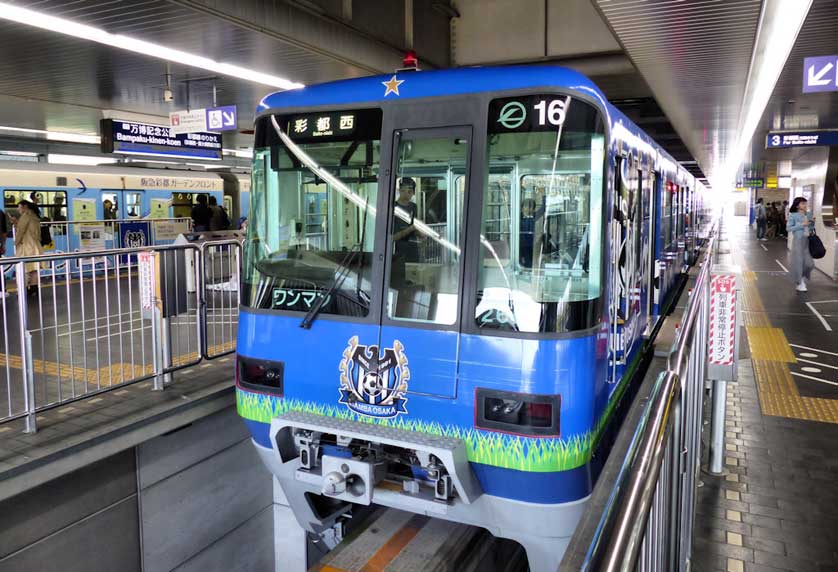 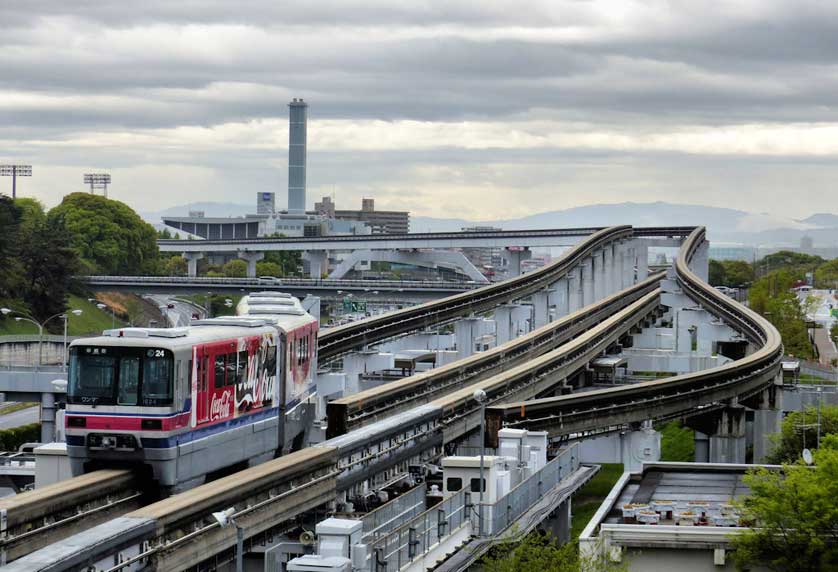 Fares range from a minimum of 200 yen to a maximum of 550 yen. The system operates from 5:30 am until about midnight. The automatic ticket machines can be operated in English, and onboard train announcements are also in English.

The Osaka Monorail takes 36 minutes to travel the entire length of the line.

The first departure from Osaka Itami Airport is at 5.38 am daily with the last train at 11.49 pm to Minami-ibaraki on weekdays and at 11.38 pm on weekends and public holidays to Bampaku-kinen-koen. See the official site below for a full timetable and fares. 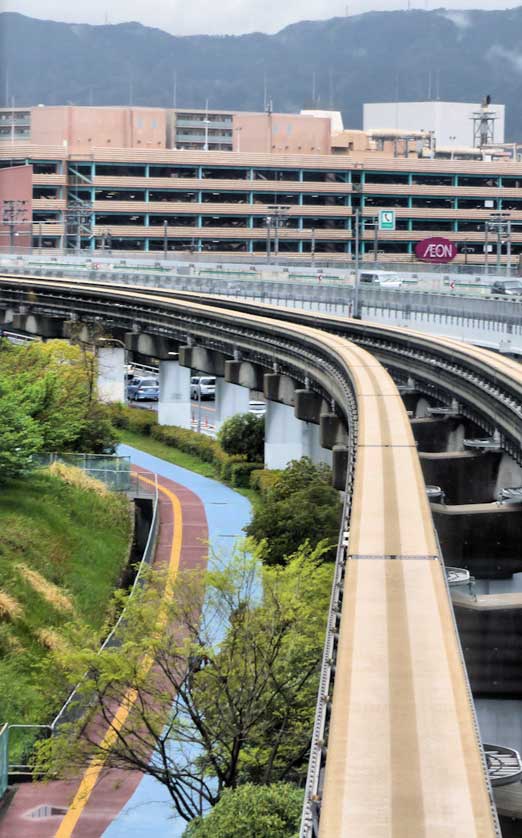