Several years ago the JR Sanko Line, a small rural train line that runs from the Japan Sea Coast at Gotsu in Shimane along the Gonokawa River to Miyoshi in the mountains of Hiroshima, was re-branded as the Iwami Kagura Line. 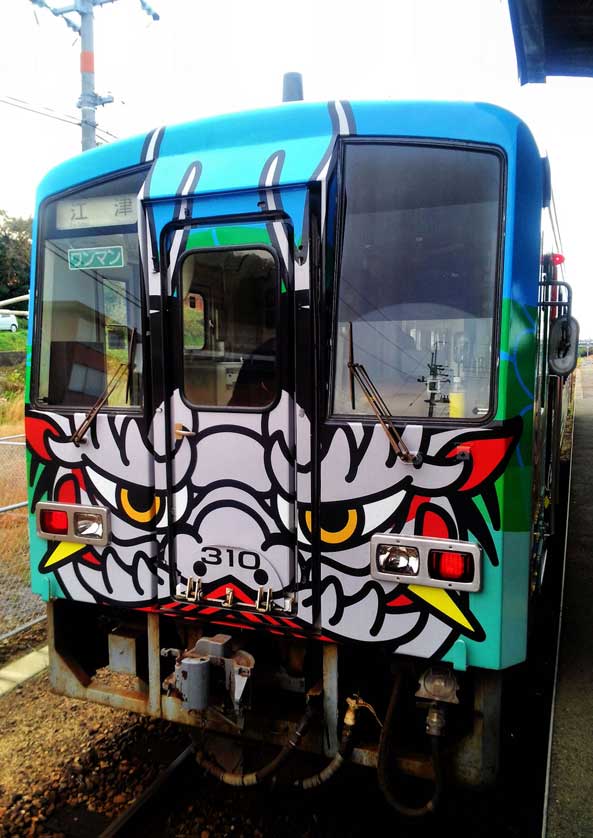 One end of the train features the Yamata no Orochi, a mythical serpent from Japan's ancient text, the Kojiki. It is probably the most popular dance in the repertoire

The Iwami Kagura Line runs through the heart of what was the province of Iwami, which is home to a unique type of kagura, a form of sacred dance theater.

Each of the 35 stations on the 108 km line was named after a dance from the Iwami Kagura repertoire and a colorful sign erected with a photo from that particular dance as well as the story behind the dance. 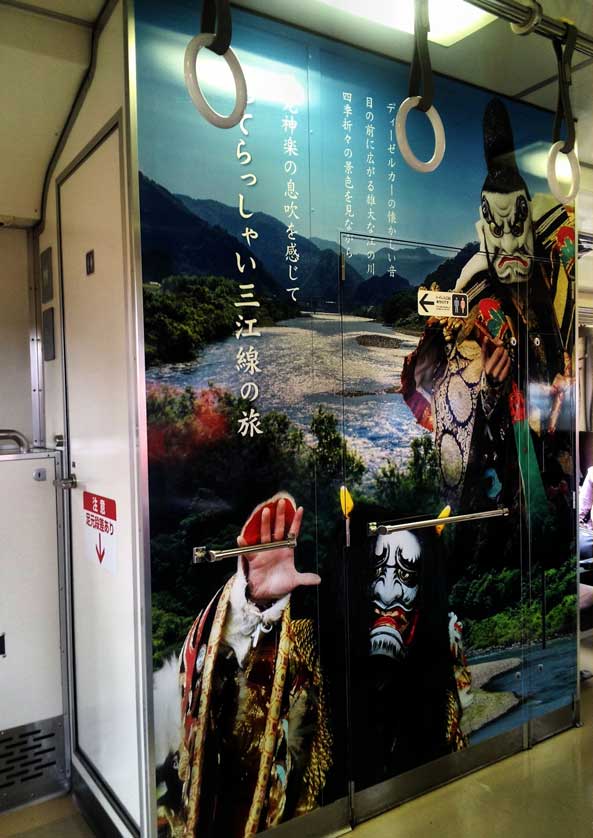 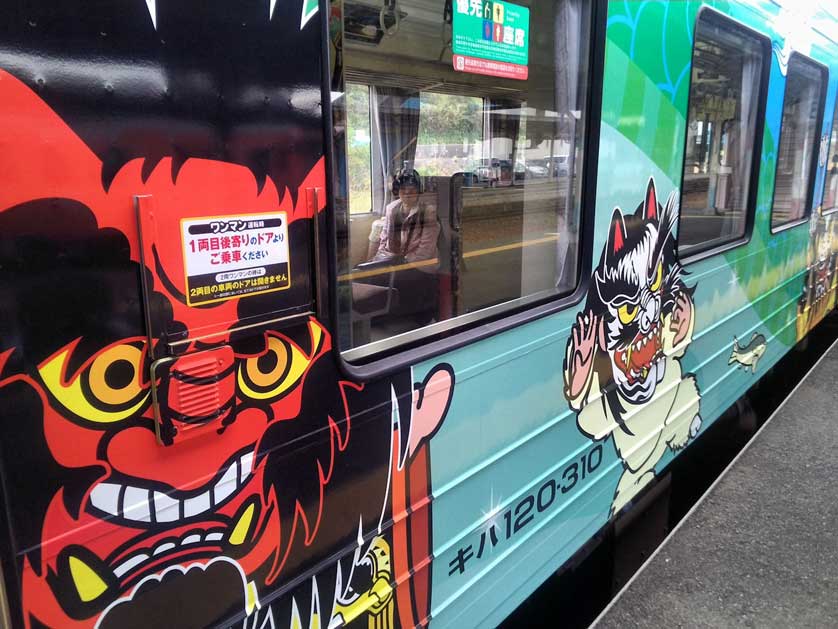 It is a two-car Rapid Express that runs along the Sanin Line that follows the coast from Yonago, just inside Tottori, to Masuda in the far west of Shimane. The Sanin Line actually runs all the way from Kyoto to Shimonoseki along the Japan Sea coast.

The exterior of the train is decorated with characters and scenes from various Iwami Kagura dances. 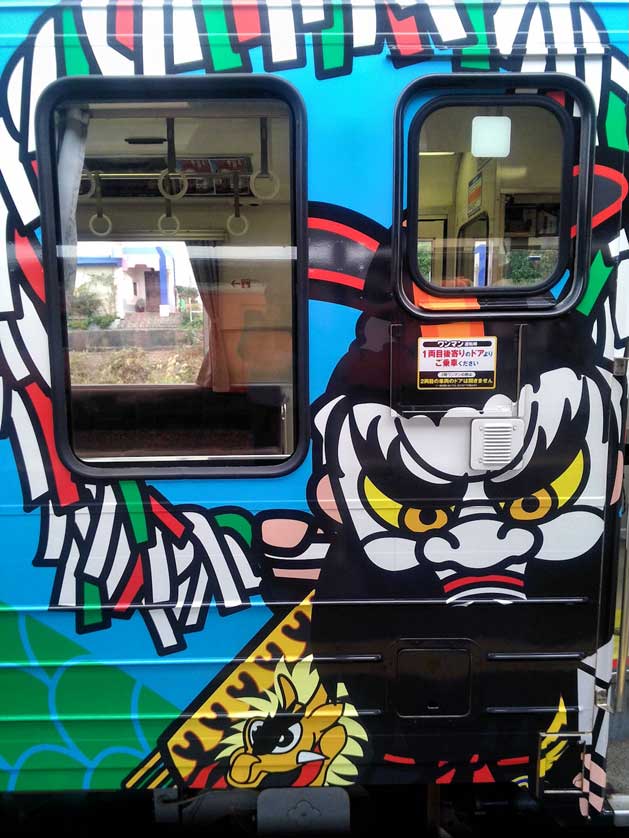 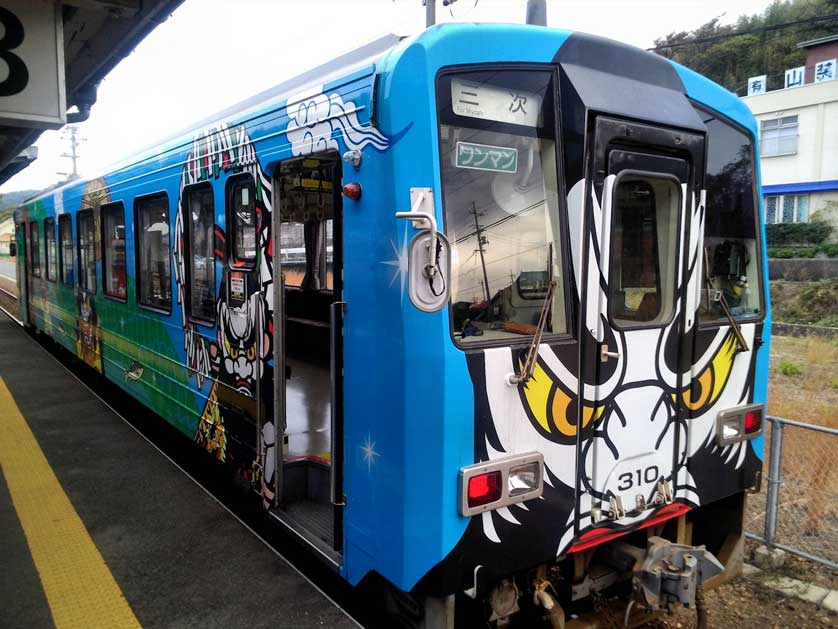 However, just recently a new Iwami Kagura train has entered service and this one does actually run along the Iwami Kagura Line.

Like all the trains on the line it is a single carriage diesel train. The exterior is decorated with characters from the dances, and the toilet compartment has a composite photo of some characters against the Gonokawa River.

To get to Miyoshi Station from Hiroshima Station take a JR Geibi Line train (about 2 hours; 1,320 yen). Trains depart hourly from Hiroshima Station on the hour. The whole journey from Gotsu to Miyoshi on the 108 km-long Iwami Kagura (Sanko Line) takes a leisurely 3 hours, 30 minutes and costs 1,940 yen. Views of the Gonokawa River and surrounding countryside can be superb.