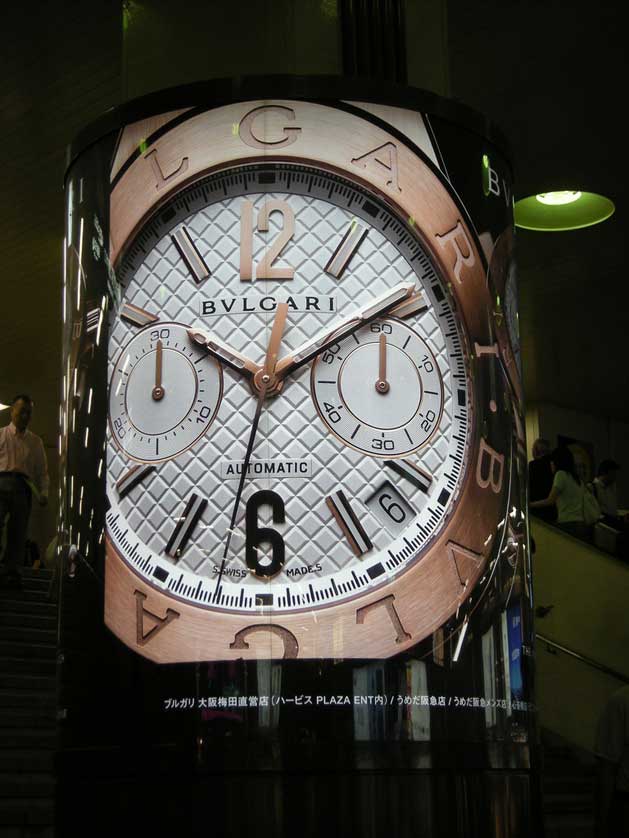 Umeda Station in Kita-ku, north central Osaka, is western Japan's busiest station with around 2.3 million passengers using the station on a daily basis.

- The Hankyu Line (with trains on the Kobe Line to Juso and Sannomiya, trains to Ibaraki, Takatsuki, Katsura, Sai-in, Karasuma and Shijo Station on the Kyoto Line, and departures to Toyonaka, Ishibashi and Takarazuka on the Takarazuka Line)

- The Hanshin Main Line connects Umeda Station with Sannomiya Station in Kobe via Amagasaki, Koshien, and the plush Kobe suburb of Ashiya.

- The Midosuji Line of the Osaka subway system with trains to Shinsaibashi, Namba, and Tennoji Station in Tennoji to the south and Esaka and Shin-Osaka to the north, with Shinkansen connections to Tokyo and Nagoya from Shin-Osaka Station. 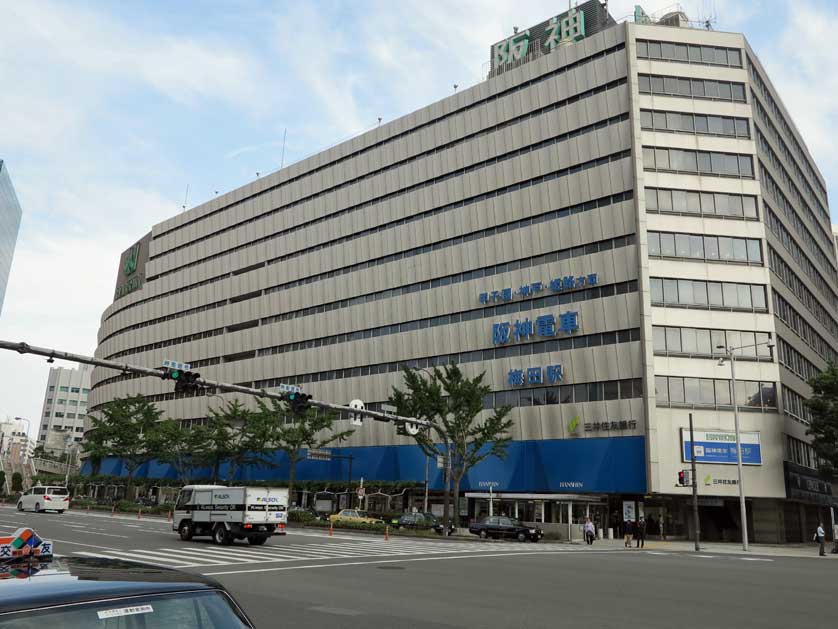 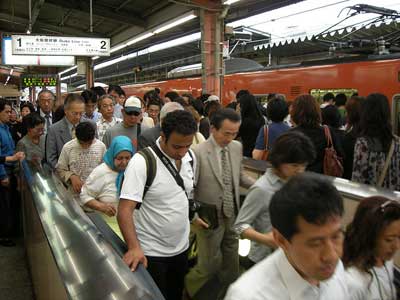 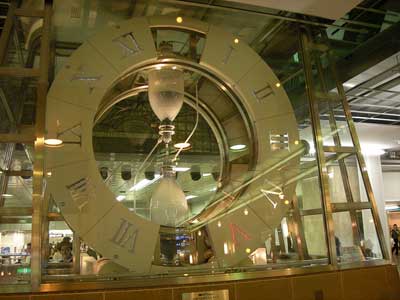 The twin towers of 173m-high Osaka Sky Building (Tel: 06 6440 3899) are a local landmark and the office complex hosts trade fairs and the annual Osaka beer summit held in October in the square below. There is an observation tower at the top - the Floating Garden - (admission 700 yen) and the Takimi-Koji Alley of recreated traditional 1920s shops in the basement.There is also an urban garden on the site at ground level with wooden walkways and small ponds.

The 11-storey Hep Five Building (Tel: 06 6343 9319) has a popular Ferris wheel (admission 700 yen) with great views of the city and plentiful shopping and dining possibilities. 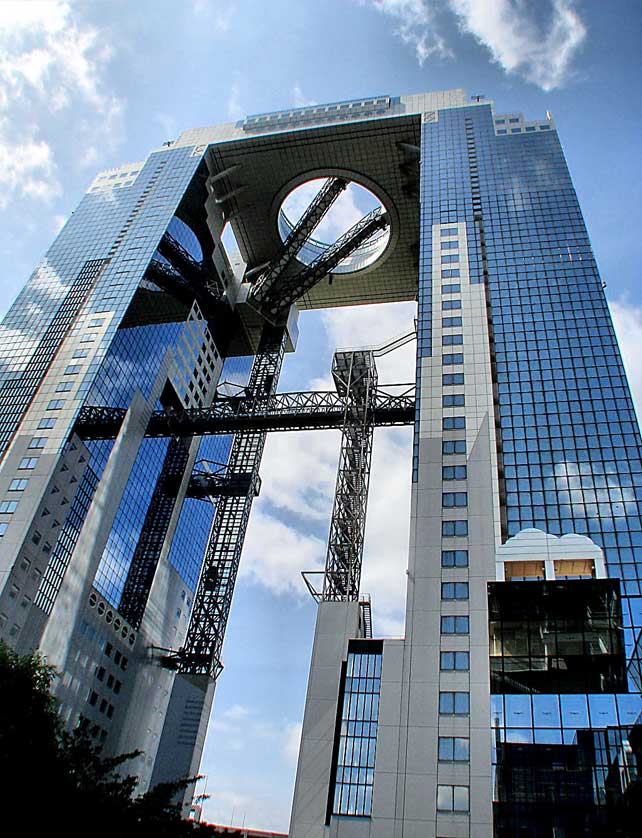